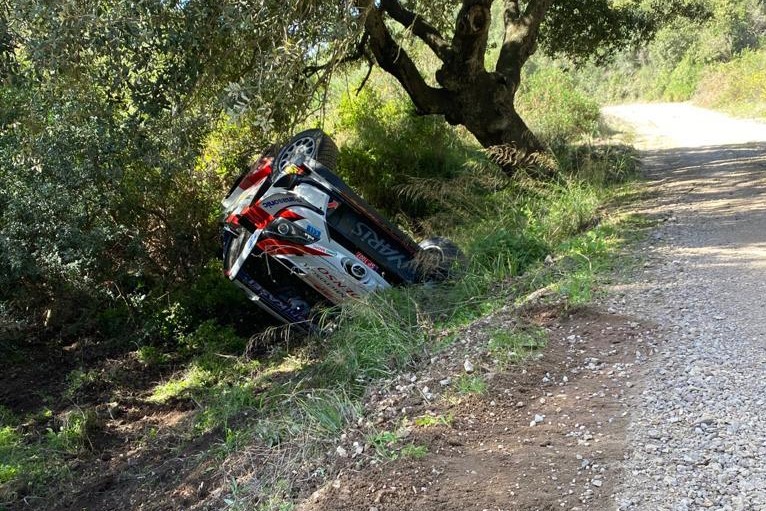 Kalle Rovanpera is still set to start Rally Italia Sardegna despite rolling his Toyota Yaris during the Shakedown.

The Finn had just completed his first run through the 3.79km Olmedo test, at which point he was two seconds up on the field, before failing to negotiate a right-hander and sliding into the bush.

Toyota Gazoo Racing has confirmed that Rovanpera’s Yaris will be fixed in time for Special Stage 1, this afternoon (AEDT).

“Actually, it was a bit wrong in my notes and I would need to start to brake a bit earlier than I did,” recounted the 20-year-old of his incident.

“We went a bit wide, but it looks like the car is OK. We had a soft roll but hopefully everything is fine for the rally.”