Karting a ‘refreshing’ return to grassroots for Whincup

Karting a ‘refreshing’ return to grassroots for Whincup 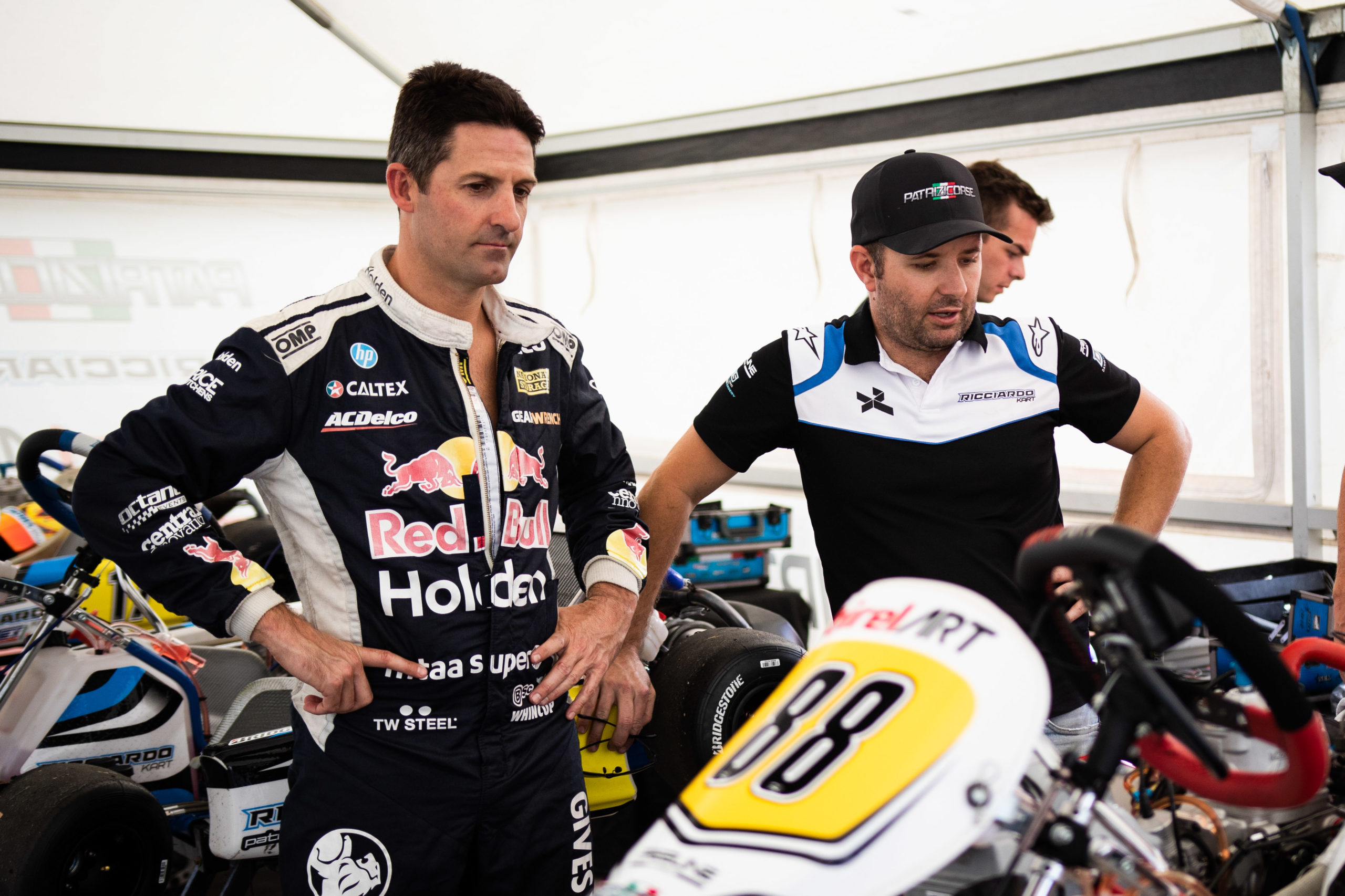 Jamie Whincup says a return to grassroots karting alongside his fellow Supercars competitors is a ‘refreshing’ change from the demands of the championship.

The seven-time title winner joined Scott McLaughlin, Will Davison, and Jonathon Webb at the Ipswich Kart Club this week for their last hit-out before the Supercheap Auto Bathurst 1000.

Whincup said the opportunity to practice alongside drivers that he’d normally engage in fierce competition with was an enjoyable change of scene.

“Most of us grew up karting, so it’s good,” Whincup told Speedcafe.com.

“Yeah, while there’s that training aspect, really it’s quite refreshing to get back to just genuine grassroots racing, but you don’t have a stopwatch on every lap.

“You can just come out here and there’s no expectation.

“You just focus on having fun, which is what motorsport was all about when we were growing up and all of a sudden it turned into this really strict professional operation.

“It’s still motorsport, it’s still cutting laps, trying to beat your mate to the finish line, but just without all the expectation and the pressure and all the fluff that goes with the other forms of motorsport that we do.”

This year has seen Whincup immersed in a battle with McLaughlin for the drivers’ championship.

However, there were little signs of that rivalry at the kart track, only banter between the quartet and an emphasis on bettering themselves by learning from one another.

“We learn off each other and we’re just chatting through how to go fast around this track and we really enjoy it.

“There’s no race in the afternoon or anything like that. We’re just helping each other out and just trying to have fun like you should in motorsport.

“Supercars, we’re paid to beat everyone else home. You know what I mean? And we’ve got a team of 50 people all expecting us to do absolutely everything we can to beat everybody else home.

“Here, we’re all working together and we’re all we’re trying to have as much fun as we can and just enjoy the experience on the way.”

Whincup will be searching for his Supercheap Auto Bathurst 1000 win come October 15-18, which will see him joined by Craig Lowndes.