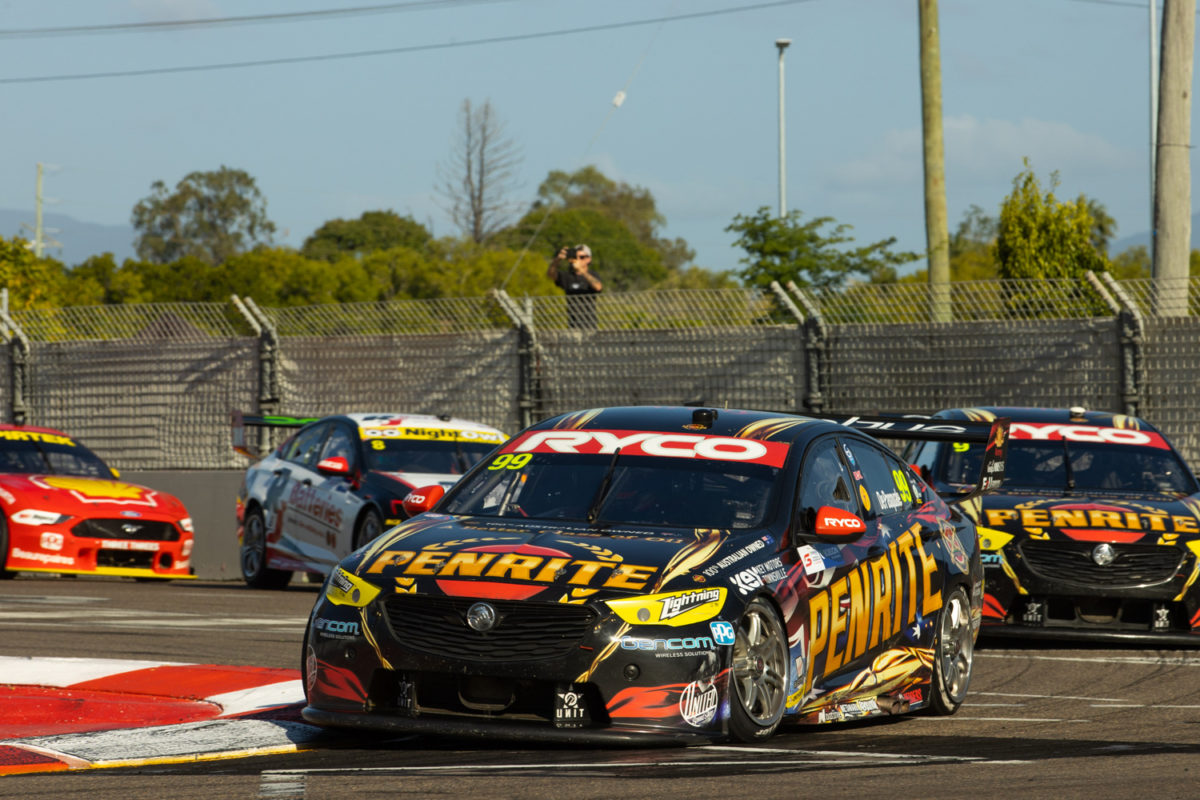 Penrite Racing CEO Barry Ryan expects to be running two cars in next year’s Supercars Championship, but says that talks with Anton De Pasquale will be held at season’s end.

Ryan has publicly entertained the idea of Erebus Motorsport fielding three cars in the future, having renewed David Reynolds on a 10-year contract in 2019 then signed Will Brown to a Championship seat for 2021.

The latter decision, which included moving Brown to the Erebus-aligned Image Racing for the 2020 Super2 Series, also represented an insurance policy against the prospect of DJR Team Penske or Triple Eight Race Engineering prising away the highly-rated De Pasquale.

While Triple Eight subsequently re-signed Jamie Whincup and Shane van Gisbergen, the make-up of the championship-leading Ford team, including whether or not Team Penske remains involved, is less certain.

Scott McLaughlin stated after unofficially clinching the 2020 drivers’ title that he has “a contract for next year, with DJR Team Penske,” but was still not sure if he will remain in the Supercars Championship.

Team-mate Fabian Coulthard forecasts that his future will be known after Team Penske firms up that of its Supercars programme broadly, which he expects some time following the season-ending Supercheap Auto Bathurst 1000.

Asked if he knew how many cars Erebus would be running next year, Ryan told Speedcafe.com, “No, not at the moment.

When it was put to him that such a response suggested De Pasquale is on the move, Ryan stated, “I don’t know, I’ve got no idea.

“I don’t think he has signed a deal and if he has, we don’t know about it.

“Those conversations, we’re yet to have with Anton, because we agreed that ‘let’s just get through this season and go from there.’”

That the 25-year-old’s home next year is not known is a function, at least in part, of the disruption which has been caused by the COVID-19 pandemic.

As a Melbourne-based squad, Erebus has been among those most-affected by the bizarre nature of the 2020 season, having been on the road since early-July with a limited travelling crew.

“We haven’t really thought that far ahead yet,” explained Ryan of his full driver line-up.

“We’re just trying to get through Bathurst and then obviously we’ll knuckle down and make sure we know exactly what we’re doing next year.”

De Pasquale’s future could well depend on how McLaughlin fares when he makes his IndyCar race debut on the weekend after the Supercheap Auto Bathurst 1000, although Ryan gave no indication that Erebus is waiting on that St Petersburg event when that theory was put to him.

The Paul Morris protégé could also be a target of a new-look entry which would be based out of Queensland.

For now, Ryan is reiterating his stance that Erebus does not want to lose the driver who got his Supercars Championship debut with the team in 2018, and first race win this year, but will not stand in his way.

“We want to obviously try and keep him, but you can’t force someone to stay if they don’t want to, or if they’ve got a better offer,” he declared.

“I’ve said it before; it’d be a shame to lose him because we’ve really brought him into the category and he probably wasn’t going to get picked up.

“It would be a shame to get to the point we are now with sort of genuine success and lose him, but that’s life if we do.”

De Pasquale is currently eighth in the Virgin Australia Supercars Championship, while Brown sits second in the Dunlop Super2 Series at just 38 points behind Thomas Randle.

Both competitions resume at the Supercheap Auto Bathurst 1000 from next Thursday.