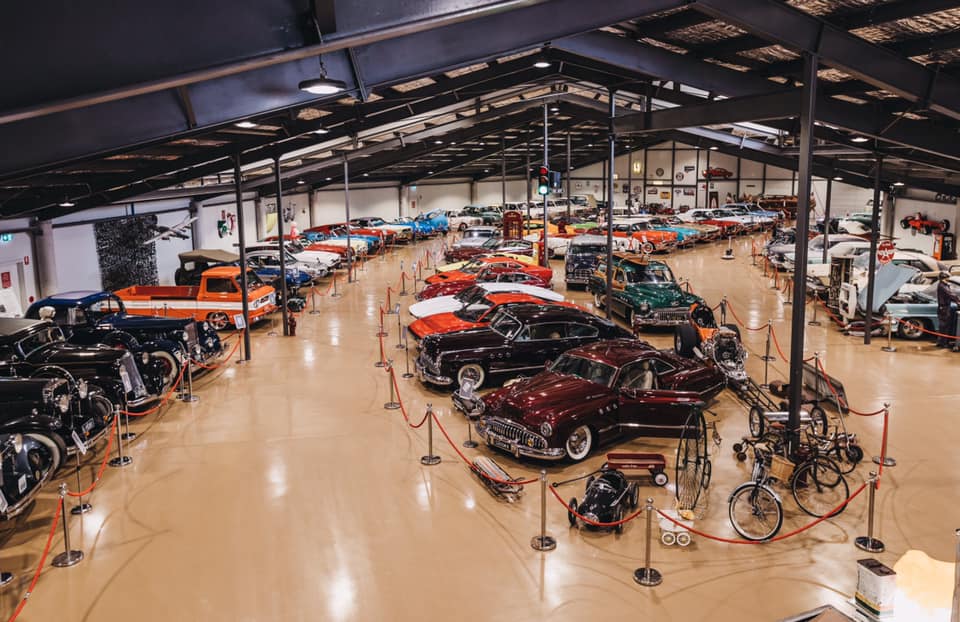 With the world in a holding pattern right now as it faces a global pandemic, most small businesses are battling to stay alive, let alone opening their doors for the first time.

This would be especially true in the tourism and hospitality industries, but brothers Grant and Carl Amor have tackled the dreaded COVID-19 head on and have been rewarded for their courage.

The new facility is located on a 4.8-hectare property at 107 Kriedeman Road Upper Coomera, at the northern end of Queensland’s fantastic Gold Coast.

The contemporary new facility has been a life-long dream of the brothers who have been successful in several business ventures including Aqualuma LED Lighting which supplies commercial and marine underwater LED lighting worldwide.

Ironically the Aqualuma head office is located only a couple suburbs away in Helensvale, while they also have offices in Europe and North America.

The new museum facility has been under construction for more than 18 months with the brothers overseeing the build and completing a lot of the work themselves.

The result is a main building which is initially housing 70 cars and bikes and an eclectic mix of memorabilia.

The collection, the majority of which is owned by the brothers, includes Aston Martins, Ferraris, Lamborghinis, BMWs, Cadillacs, Fords, Peugeots and Volkswagens which cover off years from 1900 to 1988.

For the Back to the Future fans there is also a DMC DeLorean which is a highlight of a unique collection which covers everything from vintage classics to local muscle cars.

A couple of the standouts include a 1952 Ford Woody wagon and a 1924 Stanley Steamer, which provides the name to Stanley’s Barn which houses a restaurant and bar.

The car was one of the last steam-powered cars produced by the Stanley Motor Carriage Company which fell victim to the price, convenience and performance of internal combustion-powered vehicles, which have virtually dominated the world car market exclusively under the recent electric revolution.

There are also a couple of really oddball residents which include a Ferrari powered by an LS2 Chevrolet engine and a BMW Isetta.

The Italian-designed microcar became the first mass-produced car to achieve fuel consumption of three litres per 100km and was the top-selling single-cylinder car in the world.

The Amors have built the museum as tribute to their father Denis, who passed away at the age of 42 when the boys were just teenagers.

Denis had a small collection of cars he intended to use as a base to a museum, but those vehicles were sold after his passing.

The Amors have purchased the current crop of cars and restored a lot of them themselves – another passion handed down from Denis.

Stanley’s Restaurant and Bar is as serious a concern as the museum with the Amors bringing in hatted chef Joel Bryant to head up the operation.

With Queenslanders having less lockdown restrictions than most of the country, the new venue was inundated last weekend when the doors finally opened and the same is expected this weekend.

The museum will host functions for car enthusiasts and clubs and it is expected that bookings will be essential for those hoping to taste the restaurant’s modern Australian fare.