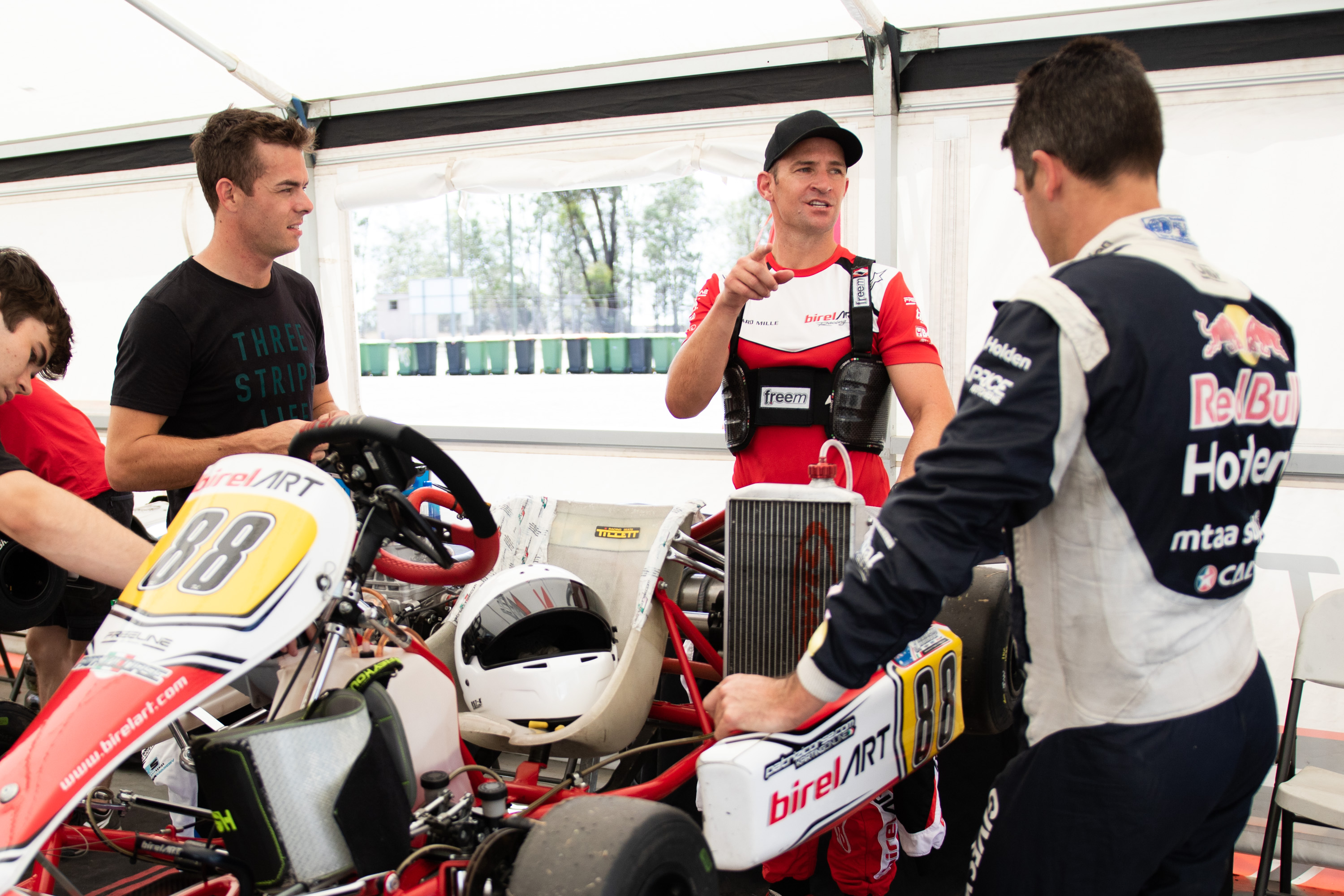 Scott McLaughlin, Will Davison, Jamie Whincup, and Jonathon Webb took to the Ipswich Kart Club today for one last drive before this year’s Supercheap Auto Bathurst 1000.

While karting is often seen as a stepping stone before moving into cars, McLaughlin said the grassroots single-seater is the best form of training outside of his Ford Mustang.

“Karting is so pure, it’s just the basics of everything that you need to learn,” McLaughlin told Speedcafe.com.

“This KZ that we run on with the gearbox… the thrill you get out of it, your bum is centimetres off the deck, so it feels very fast.

“The brakes are phenomenal. This, for me, is as hard to drive as a Supercar. It’s great for fitness.

“It’s as hard as an IndyCar in terms of g-forces. It’s the perfect preparation for the next few weeks for me.”

That’s a sentiment echoed by Patrizi, who started the karting business in 2012 after retiring from full-time Supercars competition.

“The thing about getting seat time in a go kart, especially these, these are six-speed gearbox karts so you’ve got front brakes,” Patrizi said.

“You see the guys that are karting, especially the two that are sitting there on the table, Jamie and Scott, they’re clearly streets above everyone else in the championship at the moment.

“They do more karting than anyone. I think that’s a big reason for it.”

While the day was largely about getting in practice time before the Bathurst 1000, there’s still an element of intensity, Patrizi explained.

“We run sticker tyres, we do qualifying simulations,” said Patrizi.

“I got into the boys before. I said, ‘I think Scott did a 47.2 or something’ but he’d only done 47.5, so the others went out and overdrove to go faster and didn’t go any fast.

“It’s a great environment, we’ve only had one punch up,” Patrizi joked.

McLaughlin added, “Will, Jamie, and Jonathon are all pushing hard. It’s funny, we’re all out here for a bit of fun, but we all get competitive when we put new tyres on.

“You just want to go fast. It gets you ready for what’s going to be a pretty big week ahead.

“Michael runs an awesome show, Patrizicorse, the set-up with the tent and everything going on is pretty phenomenal what they do.

“It makes it so easy for us, it’s basically a turn-key operation. It’s good for fitness and good for the mind.” 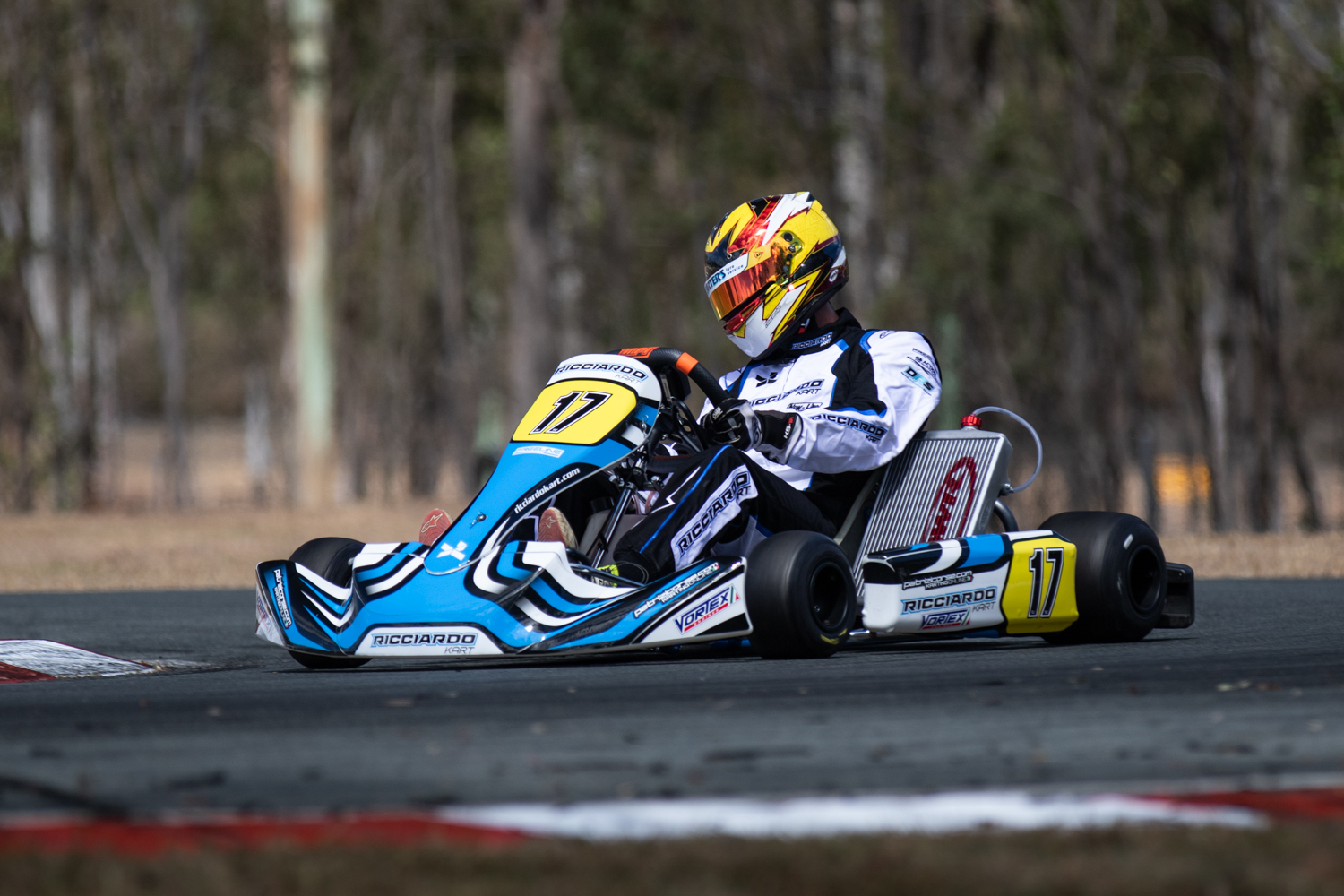