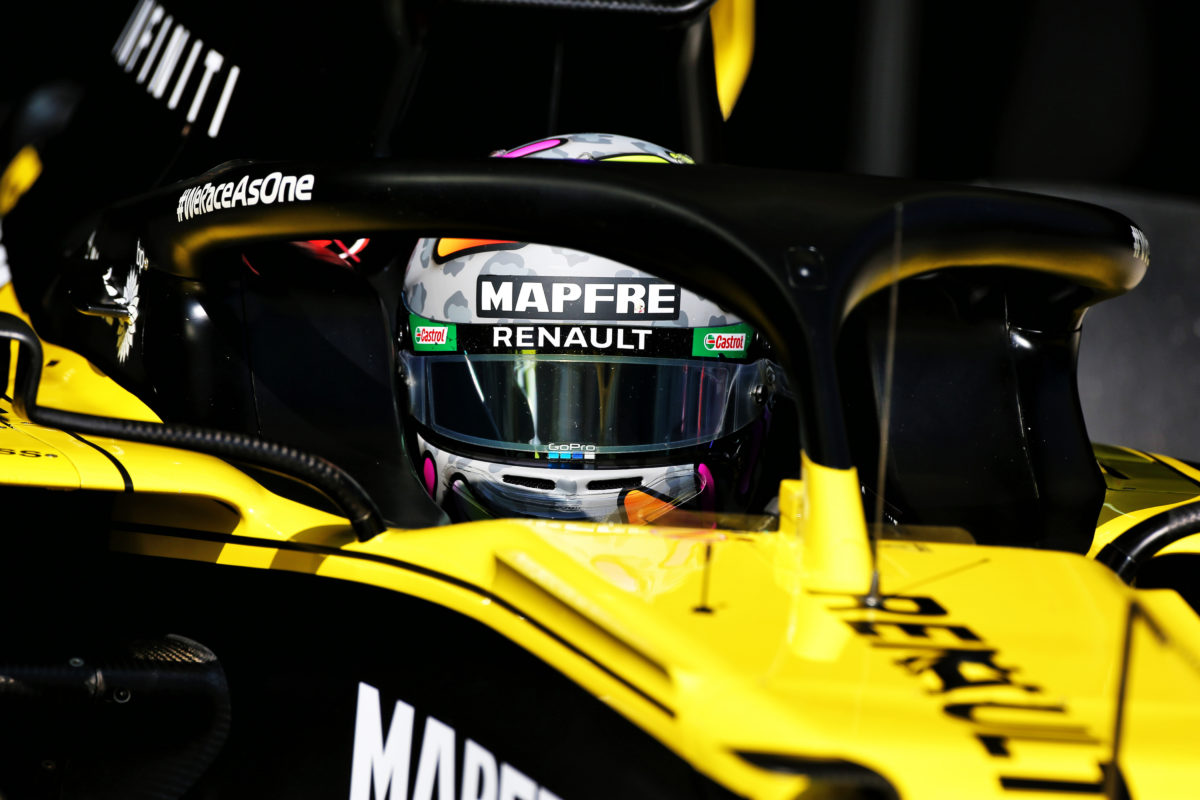 The forecast weather conditions at the Nurburgring could make for a “crazy” Eifel Grand Prix this weekend, according to Daniel Ricciardo.

Formula 1 returns to the German circuit at a time when it would normally be racing in Japan, followed by what had become a customary run of grands prix in the Americas and Middle East.

Racing in Europe comparatively late in the calendar year, due to the upheaval caused by COVID-19, could produce unusual conditions, a point noted by Ricciardo.

“The weather report looks quite cold and wet, so it’ll be very different to our last few races where it’s been warm,” said the Renault F1 Team driver.

“It’ll be interesting to see how the car behaves in these conditions.

“Overall, given the time of year it could be quite an unpredictable weekend so we could be in for a crazy race.

“Let’s see what happens; I’ll be ready regardless of the weather.”

Should rain fail, there may be a need to ration wet and intermediate tyres, while cold conditions would make the middle-of-the-road tyre allocation of C2, C3, and C4 compounds difficult to exploit.

“We need to be prepared to focus on getting the tyres working if it is dry, and to consider how and when we use our limited number of wet and intermediate tyres if the forecast is for rain over the weekend,” he said.

“We’ve shown recently our car is performing well at most circuits, and it has been competitive in the wet. We will be prepared for all conditions.”

The Eifel Grand Prix will be the 11th race of 17 this year, with Pilbeam confirming that more updates are slated for the R.S.20.

“Sochi was another good weekend for us,” declared Pilbeam of the last grand prix, just over a week ago.

“The car performed well and the new floor and front wing that we introduced brought a decent step in performance. We scored a good haul of points and we are now in a good position in the Constructors’ Championship.

“We are well into the second half of the season now and we still have one or two upgrades to come to the car, which we will need to keep up that challenge, as our competitors are not sleeping.”

Ricciardo is currently sixth in the drivers’ championship and Renault fifth in the constructors’.

Practice at the Nurburgring starts on Friday at 20:00 AEDT.