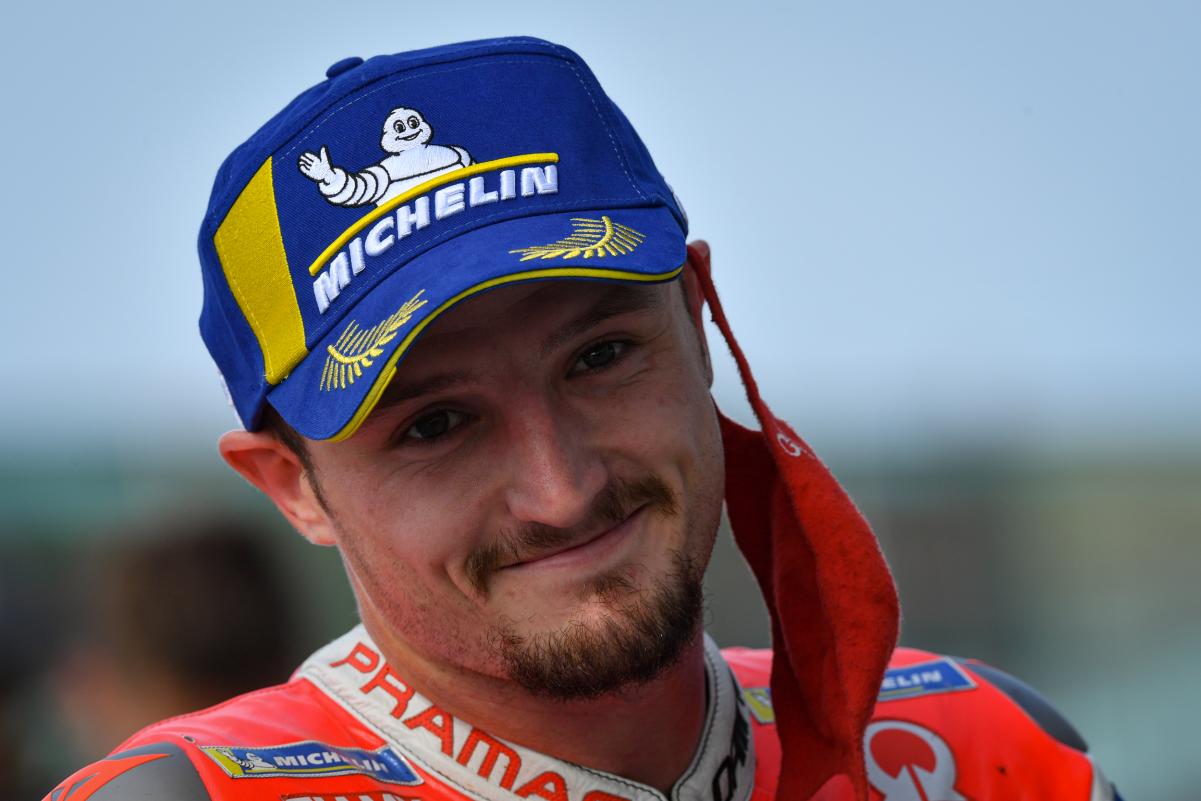 The tear-off which ended Jack Miller’s race at the second Misano MotoGP round has raised over $7000 for charity at auction.

The Australian donated the tear-off, which came from Fabio Quartararo’s helmet, to Two Wheels For Life to be put under the hammer.

Miller retired from the Emilia Romagna Grand Prix after just eight laps, at which time he reported that he had “No power from Lap 2”.

As it turned out, the tear-off had lodged in the airbox of his Pramac Ducati, putting paid to any chance of a strong result in a race which the 25-year-old had led initially.

Miller finished fifth in the following race, at Catalunya, and occupies sixth in the championship on the way to Le Mans for the French Grand Prix this weekend.

.@MotoGP star @jackmilleraus donated THAT race ending tear-off, and it raised an amazing £4,250 for #TwoWheelsforLife! 🤩

We can’t thank Jack, the #MotoGP and motorcycling community enough for supporting the auction.