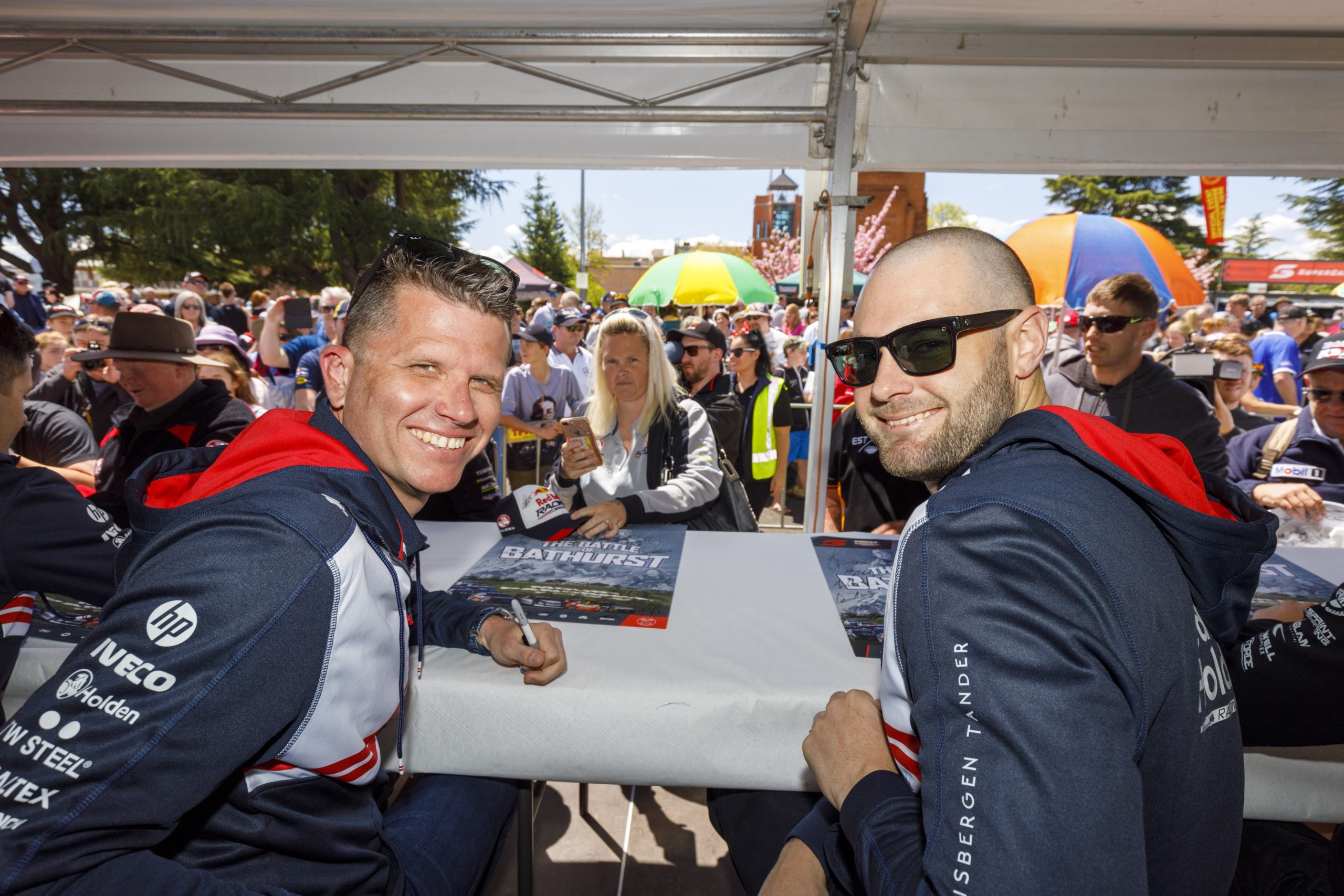 Garth Tander believes teams have had to search for high-quality co-drivers to contest this year’s Supercheap Auto Bathurst 1000 in reaction to the Red Bull Holden Racing Team’s line-up.

Last year the factory Holden team signed Tander and Craig Lowndes for its Pirtek Enduro Cup campaign, both of whom were in their first year out of full-time drives in the category.

Tander’s signing came off the back of his sudden departure from Garry Rogers Motorsport, which had signed Richie Stanaway and James Golding for the 2019 season.

The 2007 Supercars champion was signed within a matter of days and went on to take second place in the 2019 edition alongside Shane van Gisbergen.

“I think that’s a reflection of the team that Roland put together last year,” Tander said of this year’s co-driver field.

“When it was announced Craig, and Jamie, myself and Shane were going to be sharing the cars (in 2019), everyone stood up and took notice.

“Obviously we were very strong in the endurance races last year and I think as a reaction to that, all of the teams have had to look a bit harder and try and do a better deal effectively for the co-drivers. It’s a bit of a credit to Roland for doing that. He got the ball rolling last year.”

Tander said teams have been quick to pick up drivers who have recently retired from full-time competition or fallen out of a seat in the category.

Davison has the most recent full-time experience of any of the co-drivers in this year’s field having been left out of a seat after 23Red Racing pulled out earlier this year.

The 38-year-old was picked up by Tickford Racing to join Cameron Waters.

“I think also it’s a bit of circumstance as well,” Tander explained.

“There’s been a bit of change in the category. Craig, myself, and Michael Caruso all finished recently, and then Sladey (Tim Slade) and Will finding themselves without rides this year.

“It’s a fair flush out of the category over the last two years of five or six well credentialled full-time guys becoming available.

“Obviously the top teams are always going to grab the better-credentialled co-drivers straight away, and that’s sort of what’s happened.”

Tander said having a high quality co-driver is more important than ever.

He explained that drivers have to not only bring the car “back in one piece” but also keep the car in a competitive position throughout the 161-lap affair.

“It’s so competitive now; it’s not like the co-driver can be miles off the pace and the primary driver just catch back up,” he said.

“I remember when I was a primary driver it was very much a team effort when the secondary driver or the co-driver came in because you needed to make sure they were integrated into the team and integrate into your car as easily and cohesively as possible.

“Now that I’m in the other role, my role is now to integrate myself into the team as cohesively as possible and make sure that you’re just another well-oiled link in the chain.”