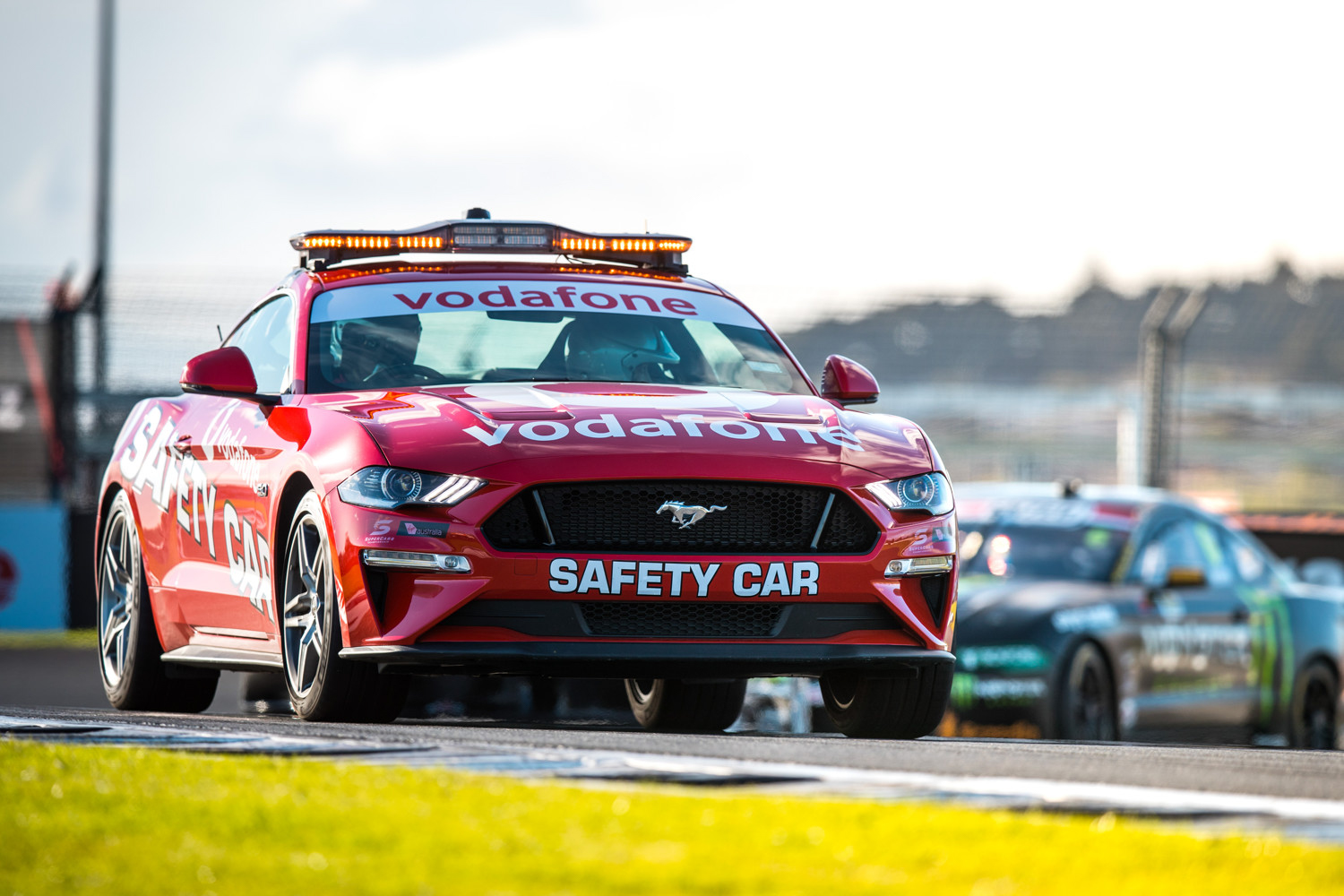 Craig Lowndes says he’s “in two minds” about a new Safety Car rule introduced for the Supercheap Auto Bathurst 1000 that will allow cars to get a lap back.

Last week teams were advised of the new rule, which dictates cars one lap down or more will be allowed to pass the Safety Car once advised via the Race Management Channel.

As a result, lead-lap cars will no longer be interspersed with lapped traffic as those that are a lap or more down go to the back of the queue.

Speaking on The Loud Pedal podcast, Lowndes said the new rule will be beneficial for some; however, he hopes it’s a rule he won’t have to make the most of.

“I’m in two minds, to be honest,” said Lowndes.

“Bathurst is a long enough event. We’ve seen in the past where Jamie (Whincup) and Chaz (Mostert) and a number of drivers have gone a couple of laps down or a lap down, they’ve managed to strategise back into the game.

“I’m in two minds. We watch the NASCAR and it does allow teams, drivers; if it’s a driver error or a team error and you do go a lap down or if you just happen to have a flat and you go a lap down, then you get the opportunity to have the wildpass and get back on the lead lap.

“Again, you’re still going to need a fast car to make your way through the field.

“I’m going to be interested to see how it all unfolds. To be honest, hopefully we’re not in that position and we don’t need to use that wildcard. If it does I’ll be really thankful.”

However, the 37-year-old said the rule may be too much of a “free kick” for teams and drivers, but like Lowndes, wasn’t going to be aggrieved if he had to utilise it.

“In the past, like CL said, you can get your lap back,” said Holdsworth.

“I don’t know. Sometimes seeing someone get a free kick who was out of the race and comes back into it even though they’ve had an accident or whatever, or got a penalty for whatever reason, I think can be a bit unfair.

“But it also provides a better race I think from the spectator point of view because you have more (cars) on the lead lap at the end. Like Lowndsey said, if it’s me that gets the free kick I’ll be very happy with the rule.”

McLaughlin agreed with the points made, suggesting that the removal of lapped traffic late in the race will make for a better show.

“In some ways, if you think about it, in the last stint or so, sometimes you have a lapped car in between the race guys going for the win,” said McLaughlin.

“I agree with both the points, what CL and Lee said. It may just clean up or tidy up the race. It allows us to have a proper battle between the guys going for the victory at the end.”