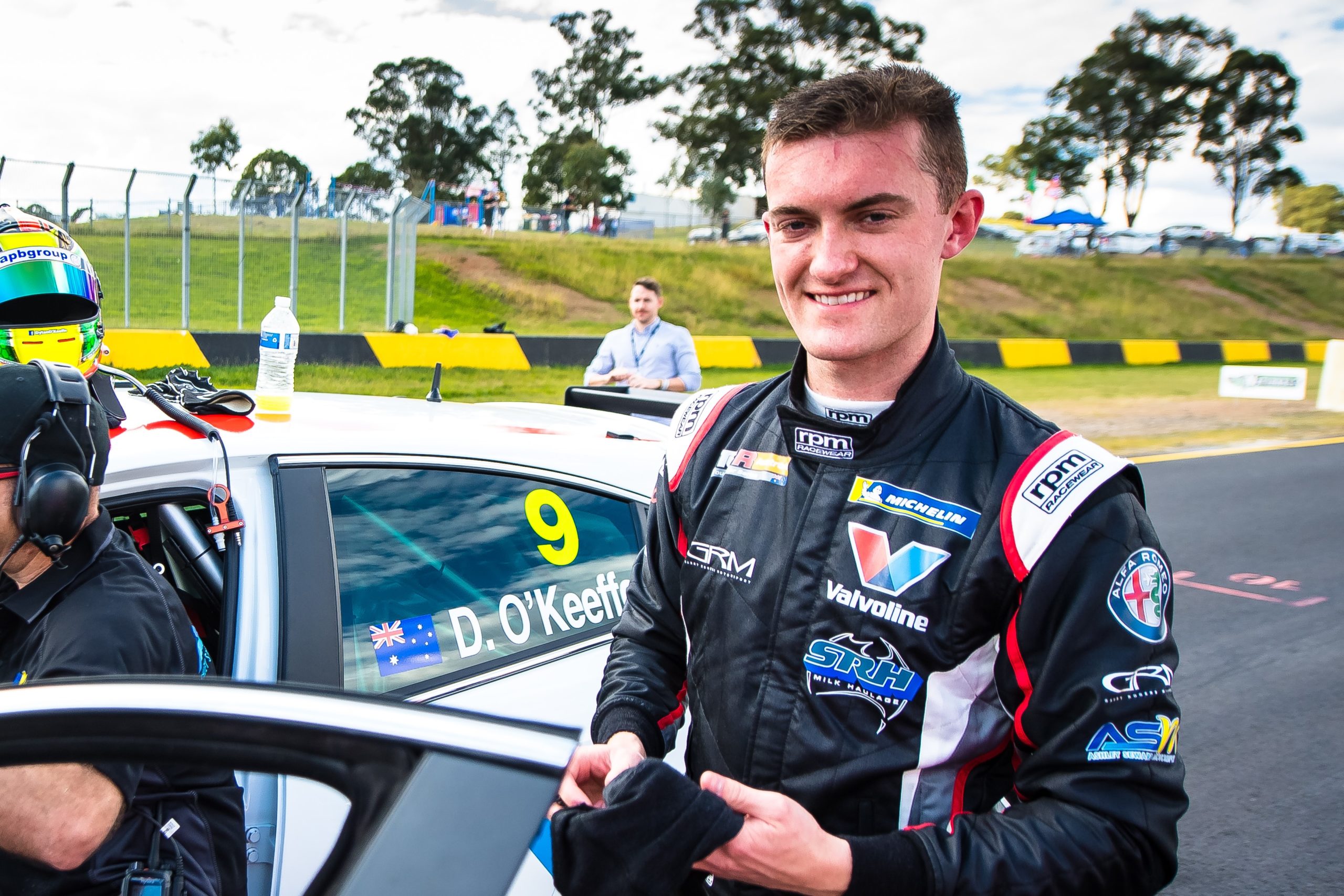 O’Keeffe will join Andre Heimgartner in the #7 Ned Racing Ford Mustang in what will be only his second start in the Virgin Australia Supercars Championship.

Last year he made a one-off appearance for Garry Rogers Motorsport in the Gold Coast 600 alongside Chris Pither after Richie Stanaway was sidelined for Sunday.

For the 22-year-old, it’s a chance to show what he’s capable of.

“There is definitely a level of expectation, for sure,” O’Keeffe told Speedcafe.com.

“I like that. It’s good to be going in with a good team and have that riding on it. That’s what I love.

“I want to be able to do well and show that I can drive these cars well and build a future in the sport. It’s very promising and super exciting.”

While this year’s 161-lap race will be his first, the Melbourne-born driver says his rookie status means little to him having driven in endurance events before.

O’Keeffe has three seasons of Porsche Carrera Cup Australia and a season of the Super2 Series to his name, all of which have featured starts at Mount Panorama.

“I’ve built into The Mountain and I’ve got some good experience now,” he said.

“It doesn’t really feel like I’m a rookie as such. If I was going there and hadn’t turned a lap it would be strange. I’m confident about my ability there, I just have to get used to the Mustang.

“Obviously it’s been a long time goal, but to be in the race and make it come true is super exciting,” he added.

“The anticipation is a big thing because you’ve watched it so much and know how much the race means to everyone and all the teams and all that. It’s quite special to be honest.”

O’Keeffe said he’s trying not to get caught up in the grandeur of the event, racing alongside drivers he grew up watching – including his team-mate Rick Kelly.

With only 4000 spectators allowed per day, O’Keeffe believes the lack of crowds will mean fewer distractions across the four-day weekend.

“Half the field I’ve watched growing up,” O’Keeffe explained.

“Familiar names, even Kelly. Obviously the big ones like (Jamie) Whincup and (Craig) Lowndes.

“It’s going to be very special, but at the same time, you don’t think of that. You do your job.

“I won’t be thinking about it too much and I’ll try to treat it as a normal race.

“I think it’ll be quite strange without the crowd. With the crowd it would be very intense. But it might be a little bit more low-key.”

O’Keeffe is currently undergoing a 14-day hotel quarantine after arriving in Australia off the back of his World Touring Car Cup debut with Vukovic Motorsport.

After finishes of 13th and 12th in the season-opener in the FIA WTCR Race of Belgium, O’Keeffe received permission from the Australian Government to return home for his Bathurst 1000 debut with Kelly Racing.

He explained preparation leading up to the race hadn’t been conventional with the inability to train as he normally would.

“Because I’m in quarantine for two weeks I need to make sure I’m active but the worst thing for me is I’m trying to do two workouts a day; I’m looking right now at everyone walking through the park so freely.

“It would be fine if you could go for a walk or a run. I’m preparing and studying here. Once I get out we’ll shoot off to Bathurst pretty quickly early on in the week.

“I’ll make sure I’m prepared as best as I can before I get out, but when I do get out I want to make the most of the freedom, go for a run, make the most of getting outside and clear the head before the race.”