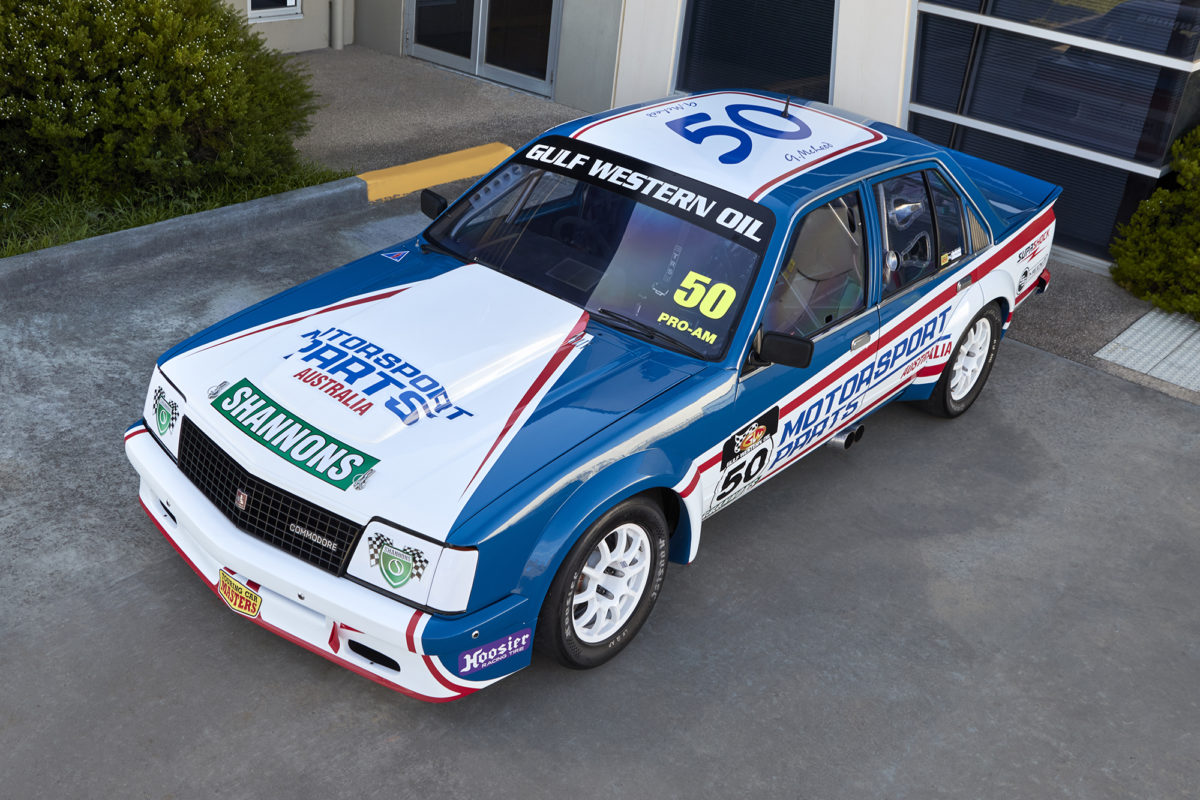 The problems which blighted the first Holden Commodore to compete in Touring Car Masters have been resolved according to its owner, Gerard McLeod.

The VC Commodore was built for the 2020 TCM season but saw its maiden competitive outing in the category in Adelaide blighted by reliability gremlins.

During the intervening seven months, McLeod has worked through the car in an effort to address the issues seen following its rushed preparation.

“The car was really rushed getting to Adelaide, which was really no one’s fault – it was just a struggle to get some parts from the States,” he said.

“It was literally finished the day before we arrived in Adelaide, so it turned its first wheel in practice which wasn’t ideal.

“Unfortunately (it) had a few little issues like fuel supply and an annoying oil leak from the rocker covers which stopped us from showing the car’s full potential.

“All of these have now been fixed.”

Ahead of the second wave of lockdown restrictions in Victoria, McLeod was able to get the car on track for a shakedown.

“We did 45 laps at Sandown, and we were very pleased. Our times were competitive, and we didn’t have any mechanicals dramas or problems. We are good to go,” he explained.

“Looking at the lap times, it’s right where it needs to be and we’re confident that we can be at the pointy end of the TCM field.”

With the car preparation now complete, McLeod is champing at the bit to return to racing.

“We are simply just waiting for a date to go racing, and we can’t wait for that,” he said.

“The beauty is that once we get a date, we know that we can push the car into the transporter, roll it out on track and it’s ready.

“The pandemic has been frustrating, but it will be worth it when we’re all back racing.”

Touring Car Masters is not set to return to race tracks until November, where the category will form part of the Bathurst International, which is slated to run from November 12-15.

It could also appear as part of the Shannons Motorsport Australia Championships, with two events set to be run at Sandown in December.