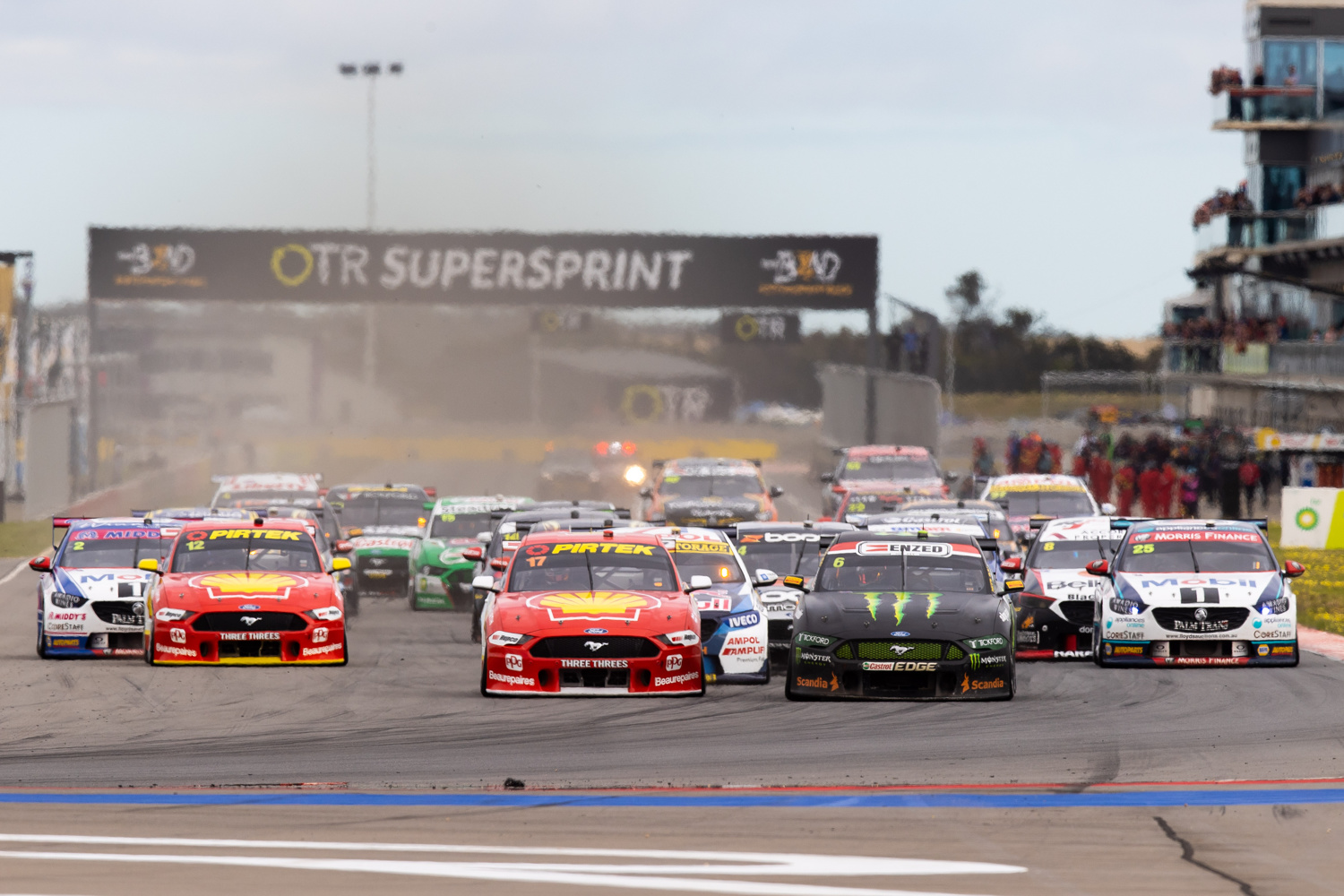 Supercars is set to end its season on October 15-18

Mark Skaife has paid tribute to the wider motor racing community that has kept the Supercars season alive, particularly the on-the-road Victorian teams.

The five-time Supercars champion has been among those that have been forced to live temporarily outside of Victoria.

Skaife has been residing in Sydney since late June, presenting the Supercars broadcast alongside Neil Crompton and Jessica Yates out of the Fox Sports studio.

Since July 6, Erebus Motorsport, Team 18, Tickford Racing, Kelly Racing, and Walkinshaw Andretti United have been away from their respective Melbourne bases.

Once this year’s season-ending Supercheap Auto Bathurst 1000 is run and done, teams will be able to return home.

Speaking with Speedcafe.com, Skaife said completing this year’s Virgin Australia Supercars Championship is an achievement in itself.

“I think from a complete industry perspective, it’s remarkable for us to get a season away,” said Skaife.

“So to everybody involved in that from Supercars’ leadership, Motorsport Australia, volunteers and officials, and the respective governments that have been so supportive, a lot of the stakeholders, including Fox and the way that the business has been able to keep on going – you have to give kudos to the way that the sport has been able to keep going, especially those Melbourne teams that have been on the road for such a long time.

“It galvanised the people in pit lane who are working together. Obviously, they still want to beat each other and they compete fiercely.

“I’ve always had a term, and I’ve picked it up from Mark Reuss and GM Performance when I was in Detroit and went to a NASCAR race in Michigan. The term everybody was using was ‘coopetition’, which was a merging of cooperation with competition.

“To me, that word probably describes what’s gone on in the industry better than anything else, because there’s a large component on teams that have done it really tough and people being away from their families.

“If you had to rate the year, it’s authentic. We’ve done enough races to have a proper championship and we’ve had some cracking races and done some things we’ve never done before.

“At the end of the day, it’s an extraordinary year for everybody and just to be able to say we’re going to finish our year at Bathurst is a massive tick and a fantastic achievement.”

Teams have largely been required to take up residence in Gold Coast.

Other teams have been forced to make do with what was available. Tickford Racing transformed a function centre at Sea World Resort into a makeshift workshop.

Erebus Motorsport based itself at Paul Morris’ Norwell Motorplex and has since moved on to the Carlin and Gazzard car dealership in Mount Gambier.

After what has been a tumultuous season for the Victorians, Skaife said the teams are nearing the finish line with the Supercheap Auto Bathurst 1000 approaching.

“The demands around what’s gone on this year, you do see a light at the end of the tunnel when you know you’ve got the grand final-status race meeting,” said Skaife.

“You know that everybody has got to get up for that, meaning extra effort has to go into meticulous preparation and all the things that happen in accordance with winning Bathurst.

“That’s tough, that’s like being in the third quarter of the AFL grand final and being down five or six goals – how do you get yourself back up again and put your best foot forward?

“There’s a lot of pressure and demand associated with how that is. We all recognise Bathurst and the status of the event in our psyche in our sporting landscape.

“I don’t think in the end that any additional motivation really is required because we all know how much it means.”