Power ecstatic at another Indianapolis win

Power ecstatic at another Indianapolis win 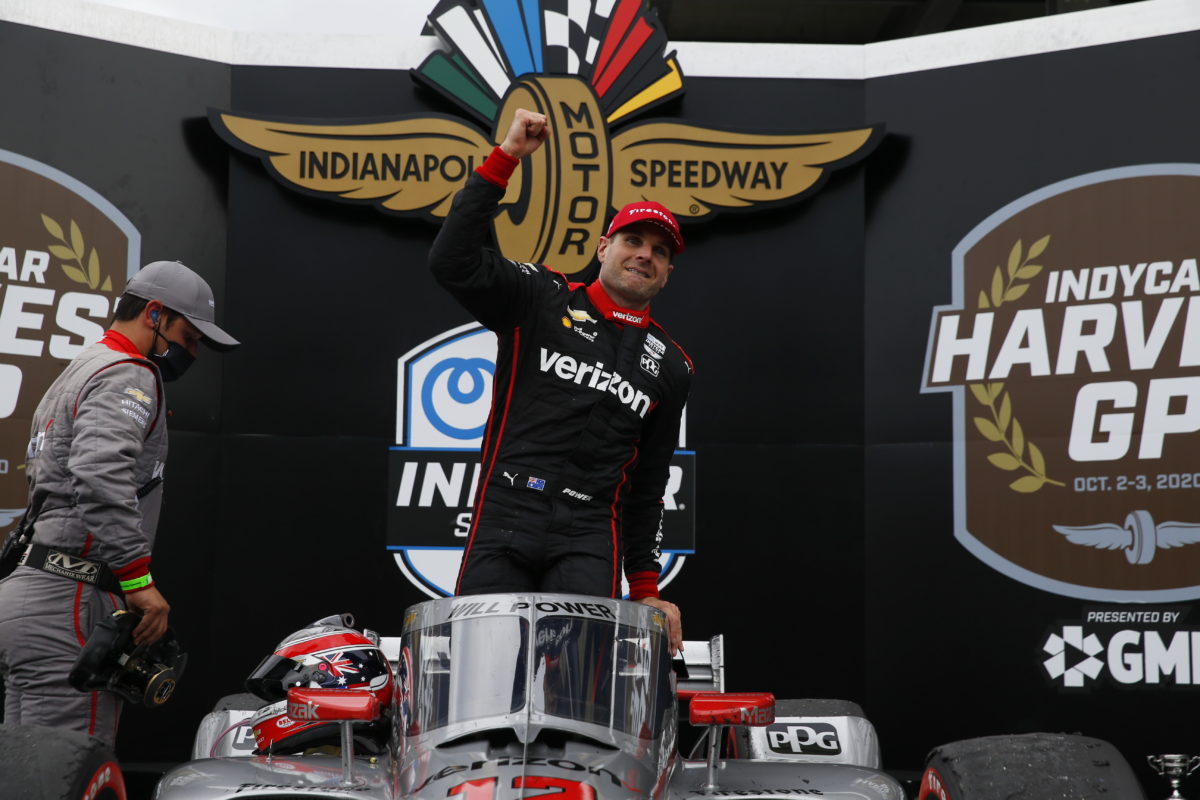 Will Power is ecstatic at racking up a fourth win on the Indianapolis road course and fifth in total at the Brickyard.

The Team Penske driver prevailed in Race 2 of Harvest GP double-header after withstanding late pressure from Colton Herta, adding to three victories in the IndyCar Grand Prix and also the 2018 Indianapolis 500.

All four of his triumphs on the road course have come from pole, as did his other win this year, at Mid-Ohio.

“The tyres had gone away and it was a tough battle and I had to work very hard to keep him behind,” recounted Power of his battle with Herta in the final 10 laps.

“I am just so happy to have Verizon and Chevy in Victory Lane again. We had two Hondas trying to attack us there but my Chevy had very good power and drive-ability, so just over the moon to get another win, especially at this place.”

Power led all 75 laps although it appeared to be a cagey opening to proceedings, given the benefit of a two-stop strategy in an encounter which was 10 laps shorter than that of the day before.

However, the Queenslander came under threat from Herta and initially the youngster’s Andretti Autosport stablemate, Alexander Rossi, in the final stint.

“It was good to not get caught by a yellow or something strange like that,” said Power, who has seemingly had bad luck more often than good in 2020.

“The boys had great stops and we had a great car. We definitely improved from yesterday.

“Man, I just pushed so hard the whole race. Obviously, we had to save fuel, but you are still pushing while lifting earlier in the corners.

“When you talk about the names I am around, it’s just amazing to be with these people, legends of the sport,” remarked the 39-year-old.

“I could never had imagined having my name among such unbelievable, historic drivers. All these drivers… I was a huge fan of them as a kid and they were my heroes, so it’s really cool to have my name up there.”

Power is now fourth in the series, 13 points behind Herta and 12 ahead of Pato O’Ward, with just the Grand Prix of St Petersburg to come on October 23-25 (local time).