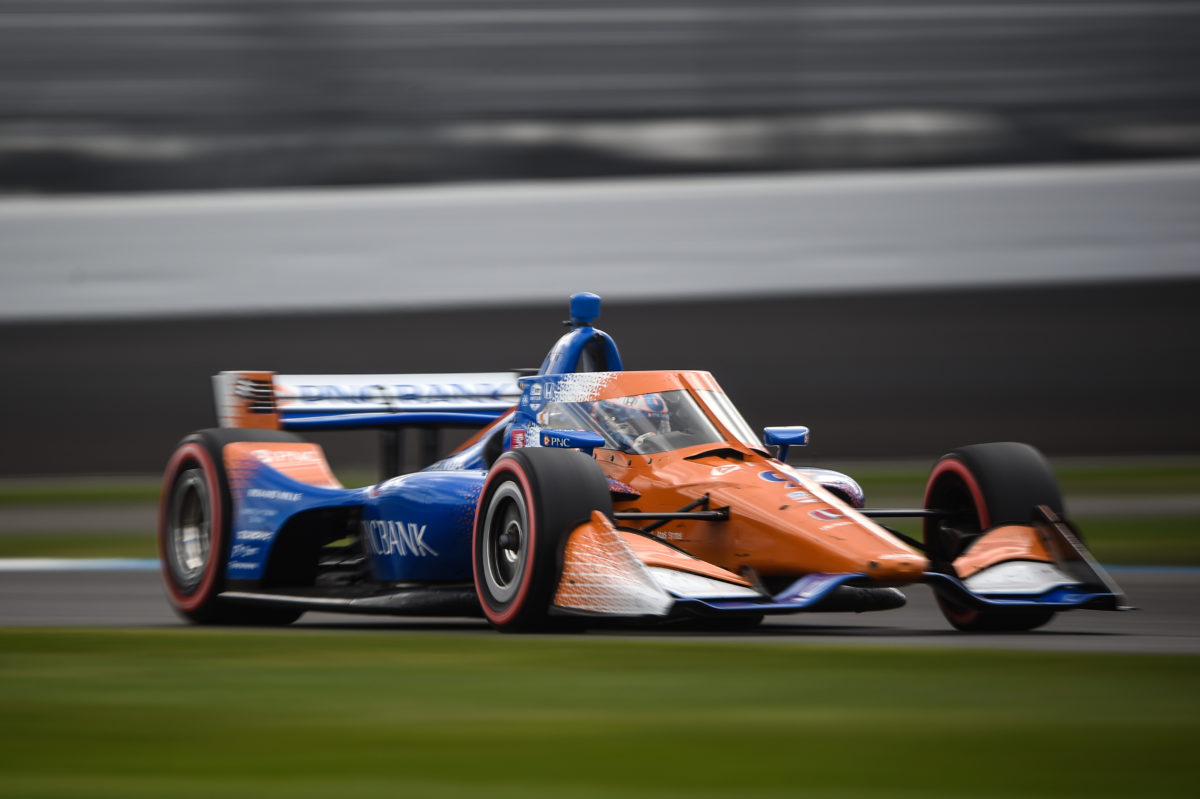 Scott Dixon is cautiously optimistic about sealing a sixth IndyCar title despite Josef Newgarden managing to cut his series lead by more than half in the Harvest GP double-header.

Newgarden won Race 1 of the Indianapolis road course weekend from the front row and finished fourth in Race 2, while Dixon ended up ninth from 12th on the grid and then eighth from 15th.

The total effect of those results was that the Team Penske driver reduced the Chip Ganassi Racing man’s margin from 72 points to 32 with just the Grand Prix of St Petersburg remaining in 2020.

Making Dixon’s task somewhat easier, the finale does not offer double point this year, meaning Newgarden is still relying on the New Zealander to trip up again.

“I think we have to be ninth or better come St Pete, so still a lot of hard work here,” the five-time champion told NBC Sports.

“As always, the NTT IndyCar Series comes down to the final race, even without double points, and the lead that we had; over 100 points at one stage.

“It goes both ways so it’s nice still to be on the leading side of the points at this stage. It’s still a good margin; it gives us a little bit of window.

“He has to get most laps led, he has to get all the four bonus points and we have to finish ninth.

“(But) They’ve been pretty good in St Pete too, for many years, so we’re definitely going to have our work cut out.”

Ninth would indeed suffice for Dixon at St Petersburg, although it could see him declared the champion on the basis of the second tie-breaker.

A win from pole with most laps led totals 54 points compared to 22 for being classified ninth, and that win would be Newgarden’s fourth, tying him with Dixon on that metric also.

The Kiwi would therefore take the title courtesy of his two second placings compared to the American’s one.

Dixon struggled to do much better than ninth in the most recent encounter, hamstrung by underwing damage due to early contact as well as the fairly homogenous strategy decisions which the 75-lap distance encouraged.

“I was loose the whole race,” he recounted.

“It was because of that I think I made contact a couple of times; once with (Ryan) Hunter-Reay and getting connected with Charlie Kimball at some point there.

“We tried everything in that race, we were flatout, a pretty basic two-stopper so there wasn’t much to do (on strategy).”

Newgarden seemed to hold a similar view of the title race to Dixon, stating, “Look, we’re in it with a shot.

“We’re going to go to St. Pete and try and win this championship. I just wish we were in a little closer position.”

However, he was also left to lament qualifying ninth and falling to 11th on the opening lap, denying him a chance to fight with eventual podium finishers Will Power, Colton Herta, and Alexander Rossi.

“We were a little shy of where we needed to be,” admitted the 2019 champion.

“If we had a phenomenal day like we had yesterday, we would be in really good shape. We were just mediocre today.

“I think we had a car to compete with Will and Herta and Rossi up there but we just didn’t start up there high enough.

“With the start, I got kind of buried on the inside and I tried to get as much as I could on the outside but then Santino (Ferrucci) came in running tight – but he was fine. It just got tight and I got pushed back a little too far.

“The key for us was being up higher earlier today. I just had to work for a lot just like Scott did. If we had a cleaner qualifying run, I think we really would have had a better day.”