Supercars format changes set to be carried into 2021

Supercars format changes set to be carried into 2021 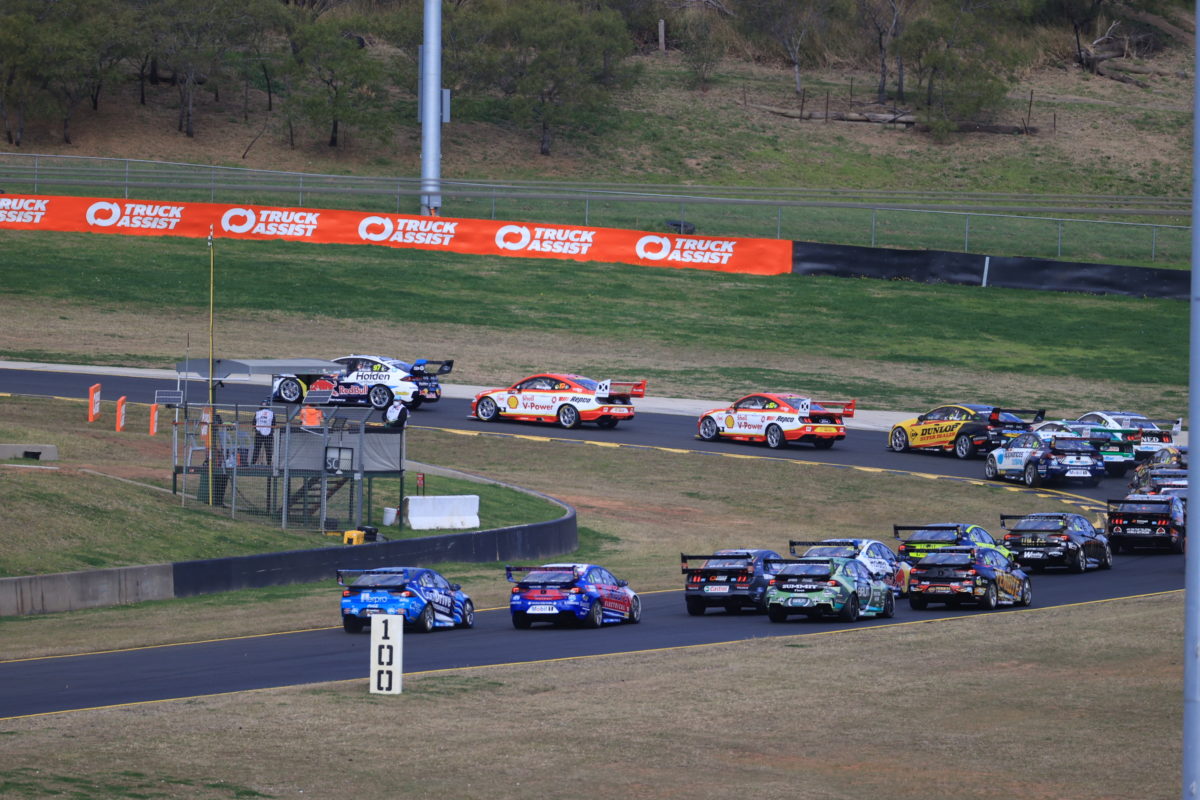 Supercars CEO Sean Seamer has signalled that many of the format and other rule changes which were implemented in response to the COVID-19 pandemic will be carried into next season.

While the bulk of the 2020 season was set to be contested over events comprised of a pair of 200km to 250km races, every event since the restart has been made up of a trio of sprints.

Data collection has also been reduced, and crews have only been allowed to use two rattle guns in pit stops, among other changes.

Next month’s Supercheap Auto Bathurst 1000 will be the first event since the local outbreak of the coronavirus to span more than two days, and also the first to feature in-race refuelling.

Teams will still, however, be subject to the performance personnel limit of 12 crew members for every two cars.

Asked how much of those regulations will be seen again in 2021, Seamer told Sky News’ Paul Murray Live programme, “A lot of it, to be honest with you.

“I think some of the things that we as a category have been holding on to – as you do, because it’s always been done that way – we’ve been able to push through.

“I think a lot of the people and the teams have all supported a lot of the change that we’ve put in place this year – (such as) the changes to pit stops, three races on a weekend – and people have responded.

“We’re really happy with how the ratings are going and, at the same time, we’ve managed to reduce costs. I think that that’s what anyone in sport – or in business – is doing right now; trying to maximise the return of the investment of the category (and) what we’re putting into all of our costs.

“So next year, yeah, I think you can expect to see two-day sprint race meetings, condensed formats, more Supercars action, closer together, and crew restrictions.

“All of the things that we’ve put in place, there’s no point unravelling that now. We’ve got to that point; now it’s time to keep it and leverage that next year, but hopefully (also) for many years to come.”

It should be noted that Seamer’s comments do not necessarily mean that all events will run to a three-race sprint format, with indications that the season-opener could be a pair of 250km races at Bathurst.

In the meantime, the current campaign will conclude at Mount Panorama, and Seamer is pleased about what Supercars has managed to salvage from 2020.

Competition was effectively suspended in March before resuming in late-June, barely a week before the closure of the New South Wales-Victoria border triggered a road trip for the Melbourne-based teams which will continue until Bathurst in a fortnight’s time.

Their New South Wales and Queensland counterparts have also been significantly affected by the recent rush of events and a calendar which became a moving target.

There will, however, still be 11 official events this year, or 10 in practice considering the abandonment of the Albert Park meeting, and a small crowd at the Supercheap Auto Bathurst 1000.

“It’s not the 200,000 people that we’d be hoping for over the course of four days but for us to be able to get 4000 people there a day is great,” said Seamer of Supercars’ flagship event.

“Hopefully we can at least take care of our most important fans, the ones that have been camping there for so many years, within that ticketing allocation.

“Whilst it’s not ideal, if you said to me back in April, ‘You’ll get 10 rounds done, you’ll get to Bathurst, there’ll even be a Bathurst…’

“For us to get to where we are, to be two weeks away from the finish line, for that finish line to be at Bathurst – which, for our key and hardcore fans, having a finale at Bathurst is a big deal – I think we’ve done a pretty good job of making lemonade out of lemons this year.”

Formats for 2021 would likely be revealed with the announcement of the calendar, which is due this month.