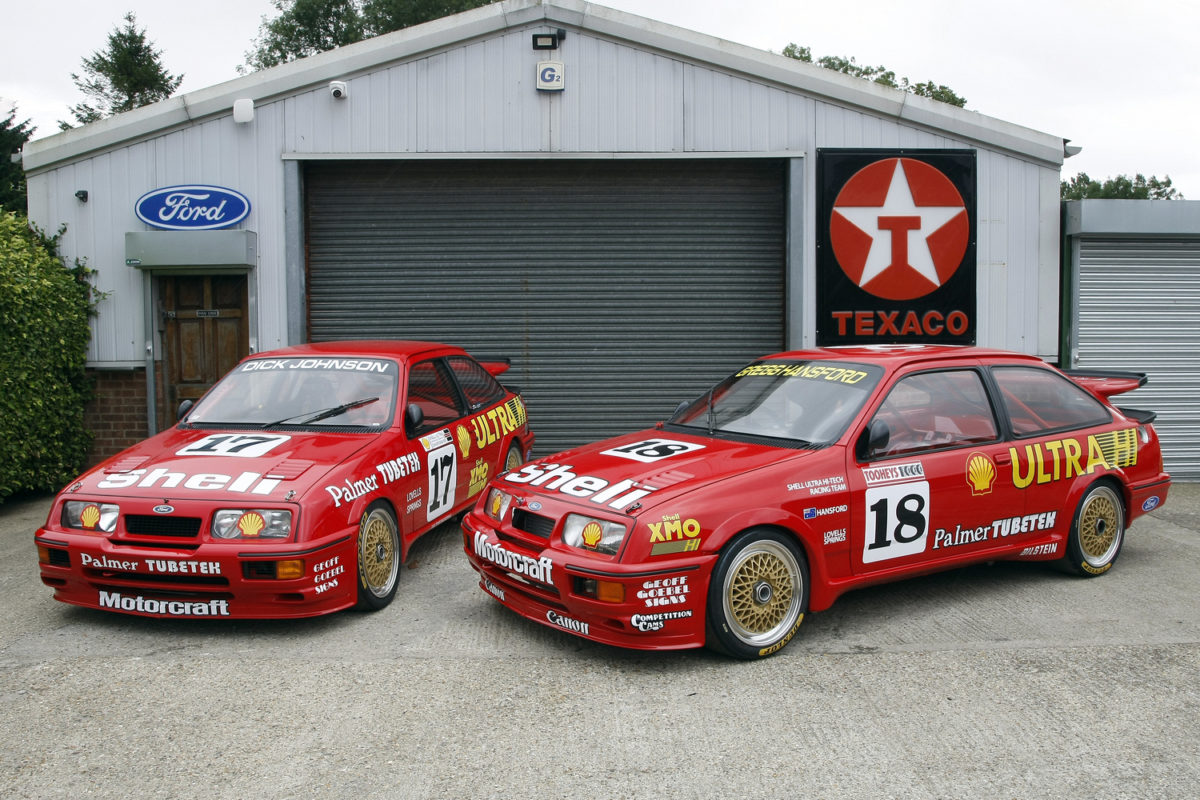 Two of Dick Johnson’s most iconic racing cars have been reunited after three decades courtesy of Paul Linfoot.

Now in the United Kingdom, the first two Ford Sierras built by Dick Johnson Racing have been fully restored to their final glory.

It brings together the cars for the first time since 1990, and has finally shed light on the fate of a car that disappeared three decades ago.

At the height of the Group A era, Dick Johnson emerged as one of the foremost exponents in the touring car scene globally.

His Queensland-based operation produced six Sierras, winning the Australian Touring Car Championship with them in 1988 and 1989.

For 1987 Johnson’s operation built the all-new Sierras, with the eponymous team owner driving DJR1. His team-mate that season was Gregg Hansford, who steered the left-hand-drive DJR2.

A year later, Johnson built himself a new car, DJR3, while new team-mate John Bowe was handed the keys to DJR1.

Meanwhile DJR2, the only left hand drive car the team ever built, was repurposed into a show car.

At the conclusion of the 1989 season both DJR1 and DJR2 were sold to the Trackstar operation in the UK, where they were campaigned in the British Touring Car Championship.

Their careers ended in at the end of 1990, with DJR1 finding its way to Linfoot while DJR2 disappeared.

Now, some three decades on, the car has been found and restored by Linfoot to its 1987 glory.

Linfoot became aware of the car in 2012, and promptly identified it as DJR2.

Upon its sale by DJR it had been converted back to right hand drive, but the telltale chassis stamp remained on the front suspension turret.

After Trackstar had finished with it, the car was poised to begin a life of rallying, but it suffered a blown gearbox on its first event and was parked, sitting dormant for more than 20 years.

The cars now sport period colours, DJR1 dressed as it was in 1988 with the exception of carrying Johnson’s famed #17 instead of the #18 of Bowe. DJR2 meanwhile is decked out as it was during its sole year of competition in Australia.

The four other DJR built Sierras remain on Australian shores.