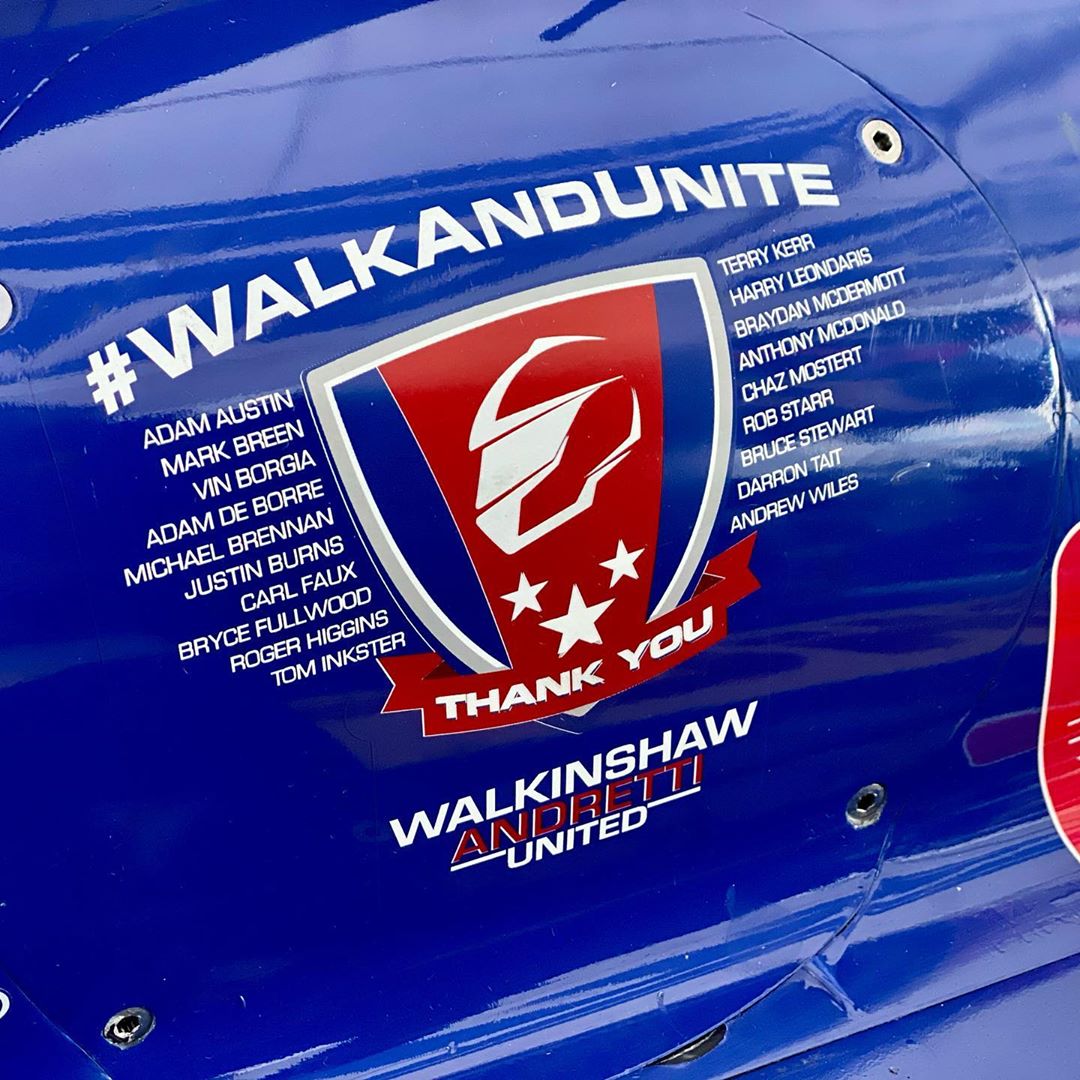 The names of Walkinshaw Andretti United’s long-travelling crew members will be carried on all Andretti Autosport cars in this weekend’s IndyCar round at Indianapolis.

As a Melbourne-based operation, WAU was forced to flee Victoria before its northern border closed on July 6 and has remained on the road ever since.

It is currently domiciled in Adelaide at a City Motor Group facility before making the journey directly to Central West New South Wales for the Supercheap Auto Bathurst 1000 which commences just under a fortnight from now.

The Brickyard double-header is IndyCar’s last event before the Great Race, which will close out this year’s Virgin Australia Supercars Championship and therefore represents the end of the marathon haul for Victorian squads. 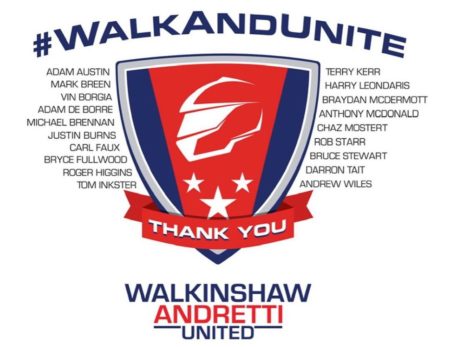 Andretti Autosport’s tribute carries the WAU logo and hashtag, plus a ribbon reading ‘thank you’ and the names of the 19 crew members who have been away from base to held keep the Supercars season alive.

“Fantastic recognition and respect for the sacrifices of our guys – from our partners Andretti Autosport in IndyCar,” WAU Team Principal Bruce Stewart told Speedcafe.com.

“Amazing to feel their support all the way from the US. It means a lot to our team on the road, who I believe have pushed harder than most to keep the show alive.

“It’ll be a great shot in the arm, in the lead up to the Great Race.”

Melbourne-based teams were effectively forced to rush out of Victoria in early-July, without knowledge of when they might return.

While there was some turnover midway through the long stint away from home, individuals will have been on the road for around eight to 15 weeks by the time the Great Race is done.

Race 1 of IndyCar’s current Brickyard event kicks off tomorrow morning at 06:00 AEST, with Colton Herta best placed of the Andretti stable in third on the grid.

Chaz Mostert will be partnered by Warren Luff in WAU’s #25 ZB Commodore and Bryce Fullwood by Kurt Kostecki in the sister #2 entry when the Bathurst 1000 takes place from October 15-18.

When COVID struck, our @walkinshawandrettiunited team had just hours notice to pack and hit the road before the borders closed… and they’ve been away from home for the now 88 days that have followed, with another 19 days to go. To these teammates, we say thank you. We are grateful for your dedication and thankful for your hard work – you’re all riding with us this weekend. Thank you for keeping us racing! #WalkAndUnite 👊 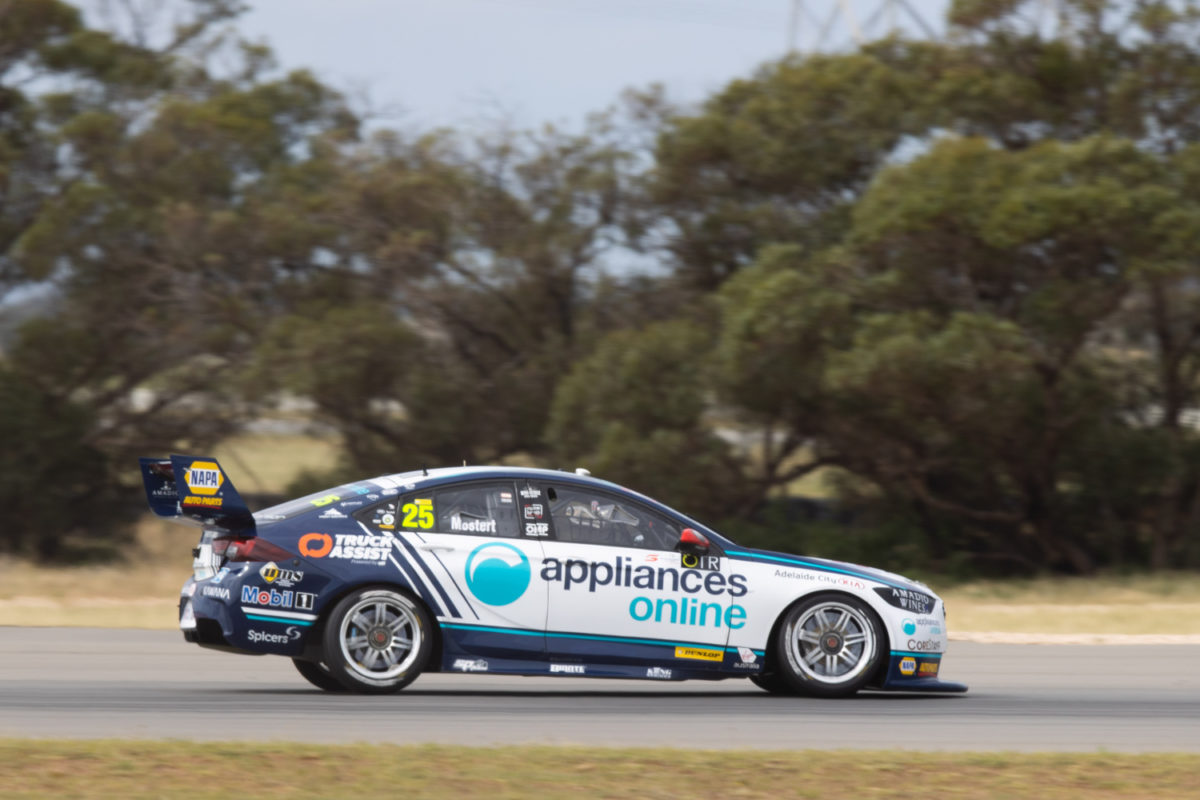