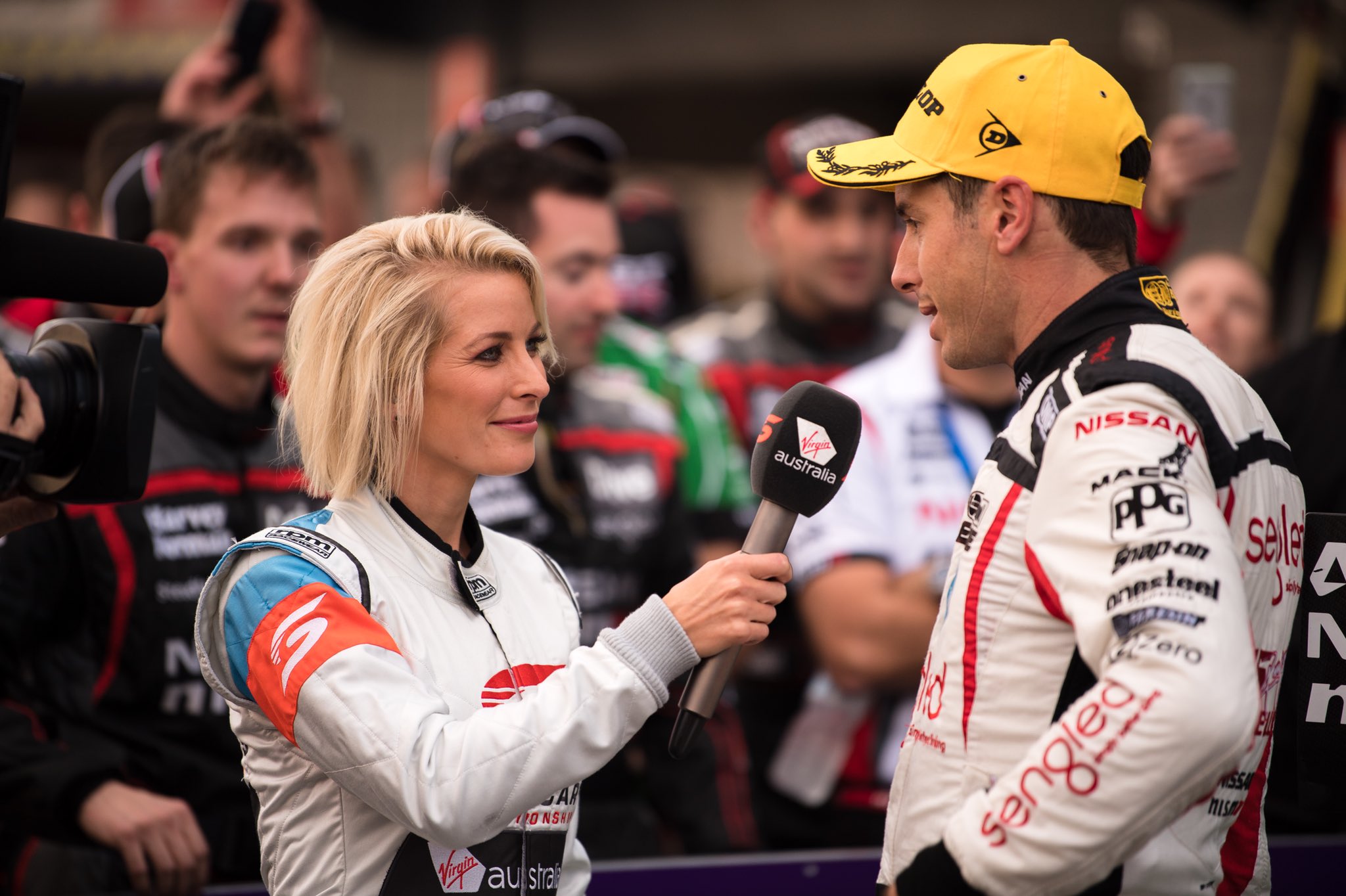 Pit lane reporter Riana Crehan will head to the Supercheap Auto Bathurst 1000 with “an open mind” knowing this year could be her last in the broadcast crew.

An uncertain future in the category comes off the back of a new television deal between Supercars, Fox Sports, and the Seven Network.

This week it was confirmed Crehan would return to the pit lane alongside Mark Larkham and Andrew Jones for the Great Race.

It will be the first time since the double-header in Townsville that Crehan has been part of the pit lane crew having filled in for Craig Lowndes.

This year’s Supercars season has been tough for Crehan on and off the track.

Her husband Will Davison lost his drive with Tickford Racing satellite outfit 23Red Racing soon after the coronavirus pandemic struck. She then suffered the sudden death of her father.

Speaking with Speedcafe.com, Crehan said she hoped the season could finish on a positive note after a trying 2020.

“I think people that know me and know Will know that this year has been one that has thrown challenges at us,” said Crehan.

“I feel like it’s just been constant, having to fight the fight, and it’s certainly challenged our resolve and resilience and challenged our willpower in so many different ways.

“I’m certainly looking forward to going to Bathurst. Really, for me, it could possibly be my last weekend working with Supercars given that there’s a new TV deal next year.

“I’m certainly going to do it with very much an open mind, trying to take all the negativity away from what’s been this really shit-full year and just want to enjoy it.”

Crehan paid tribute to her colleagues in the Supercars Media team in what has been a turbulent year.

She said that while much of the focus has been on the teams and drivers doing it tough away from home, those behind the broadcast have also had to deal with being on the road.

“The television team and the guys behind the scenes have done a helluva job to put Supercars on TV week-in, week-out over the last couple of months,” said Crehan.

“I think the story behind the scenes probably hasn’t been told enough; the work that’s been done by some really phenomenal people there.

“The commitment that they’ve put in. I know we talk about the drivers a lot and the commitment they’ve made, but there are plenty of behind the scenes stories that haven’t been told; cameramen, riggers, people that sit in the truck, editors, and all that sort of stuff.

“Women as well, not just guys, that have been away from young babies, to make sure we get Supercars on TV.

Crehan said she’s looking forward to a reunion with her colleagues in Bathurst.

It will be the first time Jessica Yates, Neil Crompton, Mark Skaife, and the full broadcast team has been together on-site since the ill-fated Melbourne 400.

“Even the likes of David Tunnicliffe (Senior Producer) and Emma Debney (Pit Producer), we’ve been talking to them but haven’t been seeing them,” said Crehan.

“It’s been very strange. It’s certainly going to be cool to see those guys in person. They’ve been working tirelessly behind the scenes. It’ll be a bit of a reunion to get everyone back together.

“It’s going to be really nice. It is a bit fitting that we are finishing the season at Bathurst being our biggest event and our most challenging event from a television point of view.”