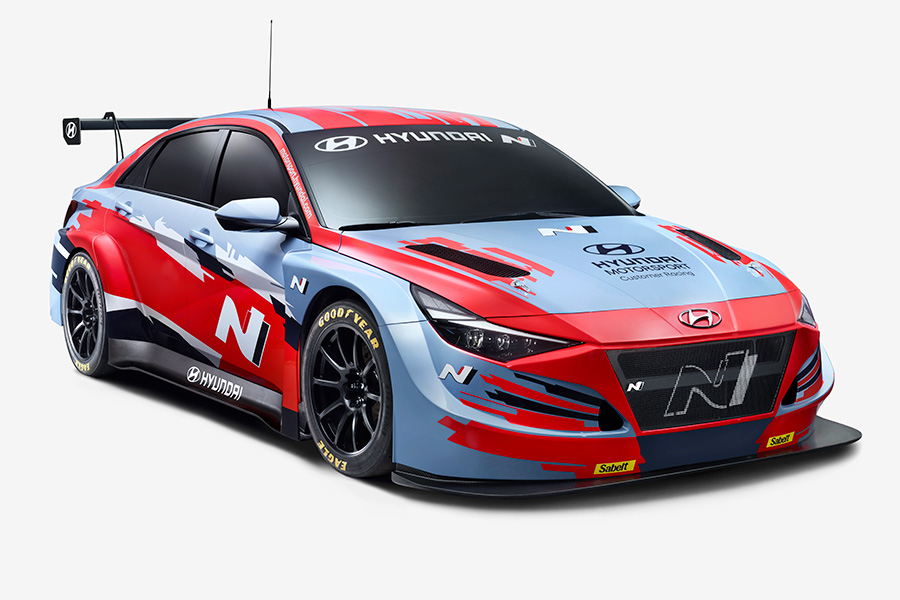 Hyundai has released its all-new Elantra N TCR, the racegoing variant of what will in Australia be known as the i30 Sedan.

Unveiled at the Beijing Motor Show, it is the third variant from the Korean manufacturer eligible for the front-wheel drive touring car class alongside the i30 and Veloster.

The variants have been designed in an effort to maximise brand appeal across the multitude of markets TCR competes in globally.

“After three months of testing and development work I am very happy to finally be able to reveal the Elantra N TCR to the world,” said Hyundai Motorsport Team Principal, Andrea Adamo.

“Staging the first public showing of the car in China shows our global plans for the cars to strengthen Hyundai Motorsport’s in race series around the world.

“We have made great progress in developing the chassis with a number of different drivers to create a strong overall package for our customers, to allow them to continue the success of Hyundai Motorsport Customer Racing in TCR competition.”

“There are lots of small changes which customer teams and drivers will really appreciate, such as improvements in the steering system over the previous cars.”

The four-door saloon features a 2.0-litre four-pot turbo which Hyundai claims is “derived from a brand new base engine” from within its road-going models.

Testing on the car began in June and has already undergone 5000km of running, with further development expected over the coming months.