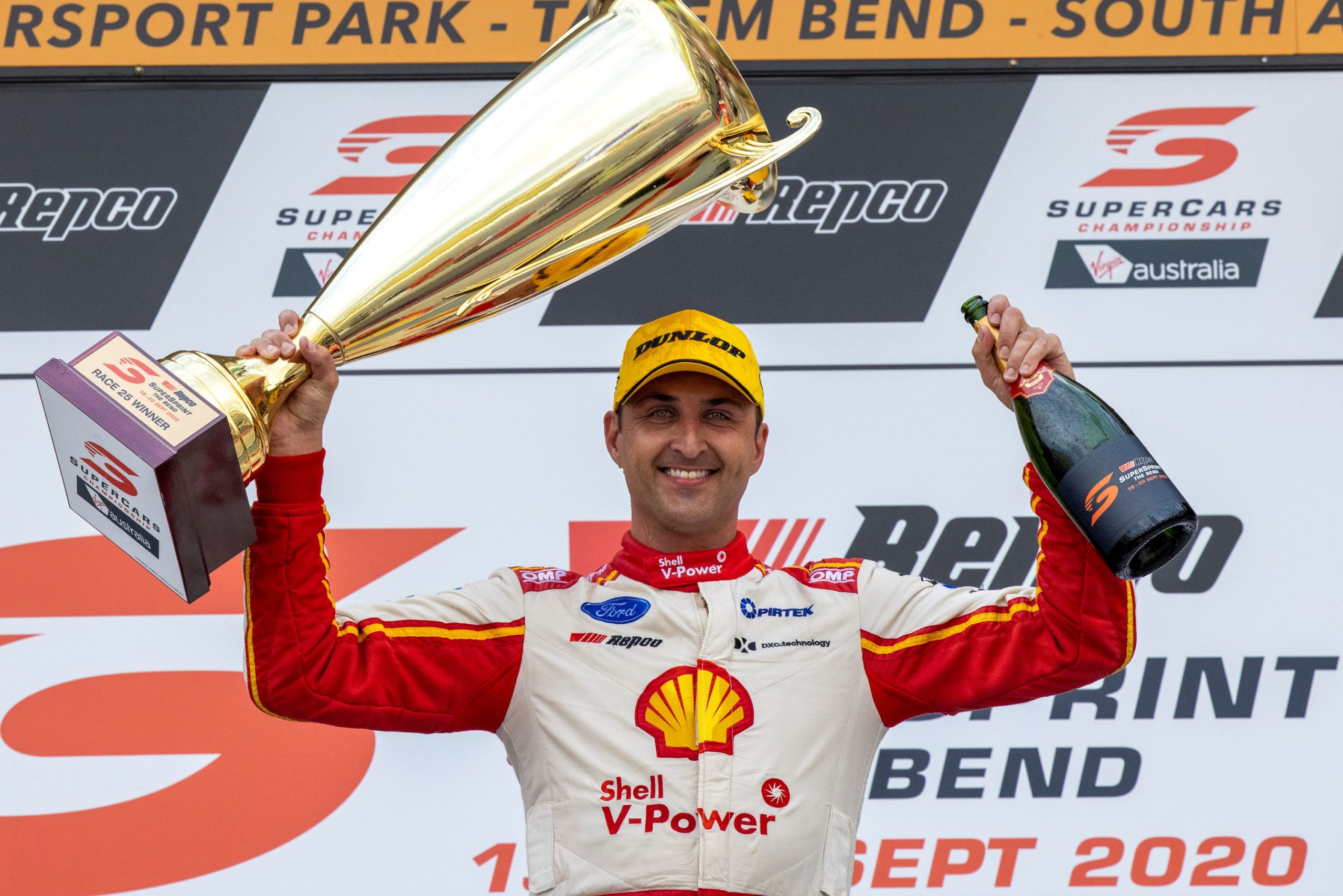 Fabian Coulthard believes winning next year’s Supercars Championship wouldn’t be any easier if Scott McLaughlin was not on the grid.

McLaughlin is set to make his IndyCar Series debut in late October and speculation is mounting that a full-time berth may be forthcoming in 2021.

The Shell V-Power Racing Team driver has said he has a contract with DJR Team Penske for 2021.

However, when asked on Fox Sports’ Supercars Trackside whether 2020 might be his final season in Supercars, McLaughlin said he wasn’t sure yet.

“I’ve got a contract for next year, with DJR Team Penske, but you’ve just got to take your opportunities when (they) come and we’ll just wait and see,” said the champion-elect.

Coulthard’s future remains up in the air too with the future of Team Penske’s involvement in the Yatala-based Supercars team not clear yet.

The 38-year-old, who expects to know what his future holds after the Supercheap Auto Bathurst 1000, said he is planning to go into next year as if McLaughlin is on the grid.

Asked what it would take to win next year’s championship, Coulthard replied, “Hard work. They don’t come easy. The cars don’t drive themselves.

“We just have to knuckle down and work hard,” the 12-time Supercars race winner said in a DJR Team Penske press call.

“I think it’s a little bit up in the air what Scott’s doing next year. No one knows.

“We just need to focus on doing the best job we can as if Scott is staying and get on top of it.”

In the event that McLaughlin was to leave for the United States to race full-time, Coulthard said his role within the team would be unchanged.

“I don’t think it makes it any easier. Obviously there’ll be someone who fulfils that role and then I have to work with them and do the same job.”

Before the 2021 season kicks off, Coulthard will have to get through the Supercheap Auto Bathurst 1000.

The New Zealander’s best finish to date from 16 starts was a third place finish in 2017 with Tony D’Alberto driving a Ford Falcon FGX.

“Every driver on the grid wants to win Bathurst,” said Coulthard.

“It takes some people a couple of years to win it, some people a little bit longer. We’ve always been fast enough up there, but just haven’t had the luck.

“I’m as excited as ever to go back to Bathurst. Obviously it’s the most iconic race that we do. Everyone wants to win. I think that’s enough motivation in itself.”

That’s led by DJR Team Penske at the moment with Triple Eight Race Engineering in tow by 100 points.