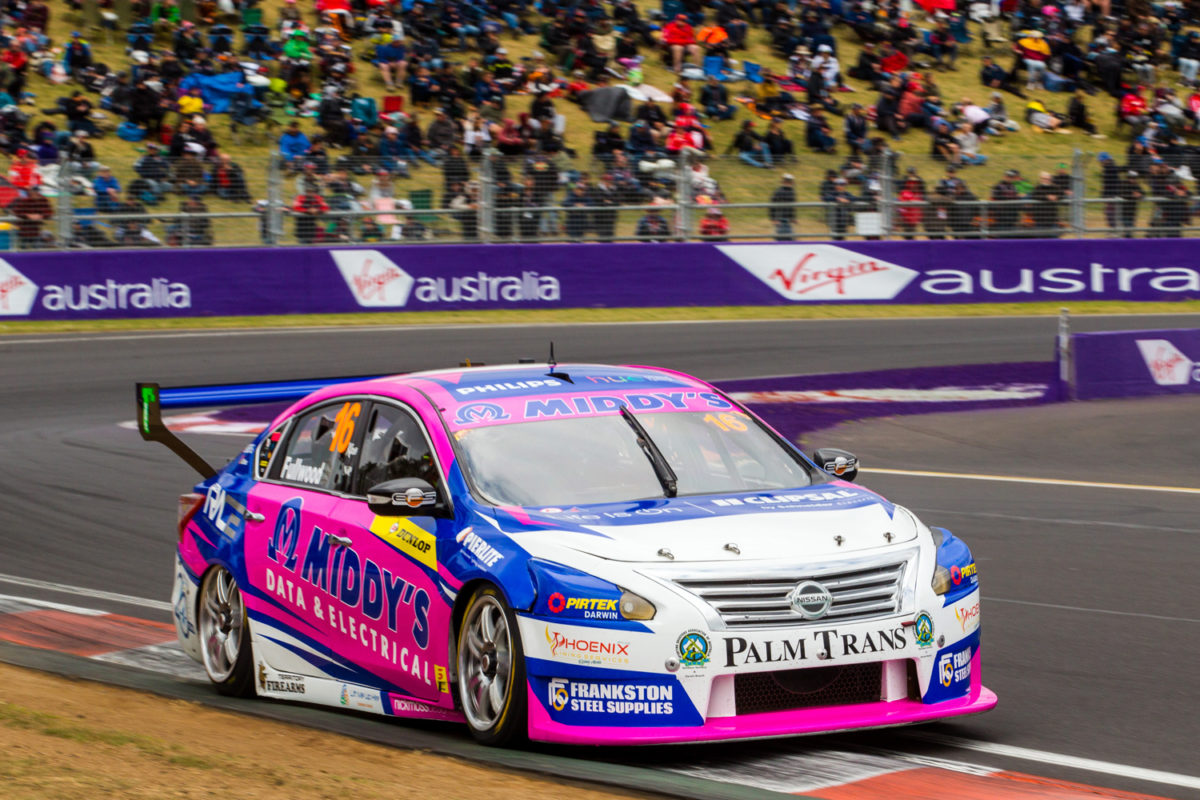 Bryce Fullwood in the 2019 Bathurst Super2 round

The Dunlop Super2 Series races at Bathurst have been shortened to ensure there are no concerns over leaning out engines or running out of fuel, Supercars has advised.

Super2 was always set to revert to a two-race format at this year’s Supercheap Auto Bathurst 1000 after six years of its own 250km ‘mini enduro’, although total distance was to be the same.

However, those encounters, in which Super3 will again run as a separate class, have now been reduced to 16 laps or 100km each from the original 125km.

The 20 laps that the latter distance would have equated to represents the upper end of a fuel load at Bathurst, and is tighter still once the lap from paddock to grid and then the formation lap are accounted for.

A Supercars spokesperson has told Speedcafe.com that the change was “To ensure a full fuel load wasn’t required to finish the race.

“Without lean tuning engines, there were concerns some of the cars may not have lasted through to the final lap.”

The cut in race lengths has been accompanied by a change to qualifying, with a progressive grid system replaced by the holding of separate sessions for each race.

“With the shorter races it was agreed between category management and owners to continue a standard DS2 format where a driver qualifies for each race,” explained the Supercars spokesperson.

Away from the race track proper, COVID-19 restrictions have also led to changes.

While the Super2 marquees have been located at pit lane level for several years now, the second-tier series’ teams will now be separated from the Virgin Australia Supercars Championship paddock, consistent with the tightening of access to the latter.

“The Dunlop Super2/Super3 teams will have their own paddock area as per previous years,” Supercars advises.

“It will be a sectioned off area from the VCS teams due to COVID-19 restrictions.”

Super2/Super3 was reinstated to the Supercheap Auto Bathurst 1000 programme after initially being dropped due to the reluctance of some Victorian-based teams, some of which have now changed their stance, to compete given the quarantine requirements they face to enter New South Wales.

There will, however, only be four support categories this year instead of the usual five, the others being Aussie Tin Tops, the Toyota Gazoo Racing Australia 86 Series, and Combined Historics.

“Supercars held talks with a number of support category organisers and for various reasons including scheduling requests and COVID-19 restrictions, not all of those parties will be able to feature at this year’s Supercheap Auto Bathurst 1000,” said the Supercars spokesperson.

“In regards to paddock space, the Historics category will likely feature around 40 cars and the Tin Tops 50 plus, while the T86 and DS2 paddocks will be separated as per Supercars’ COVID-19 plan.”