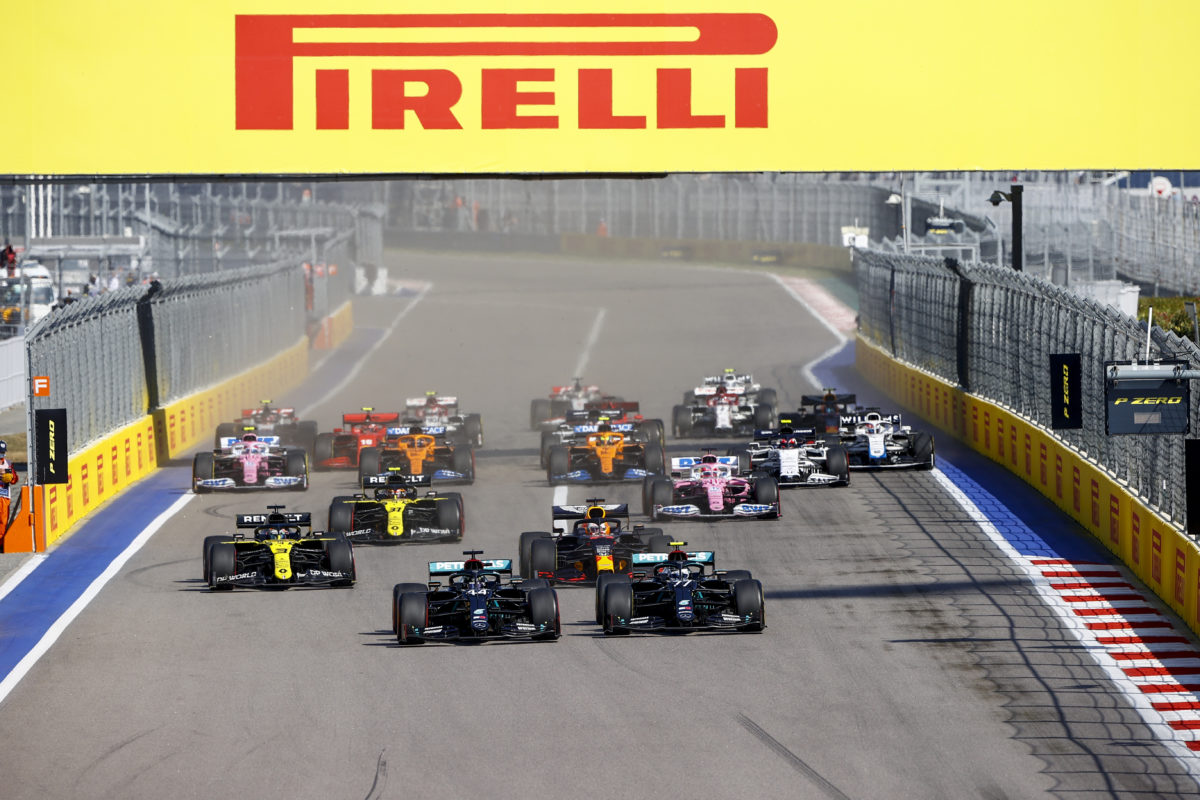 Formula 1 Russian Grand Prix winner Valtteri Bottas revealed his visibility was hampered as the field ploughed into Turn 2 on the opening lap.

By the time the field arrived at Turn 2, the first braking zone on the circuit, he’d pulled alongside his team-mate as they battled for the race lead.

With the inside line, Hamilton was able to hold on to top spot, though Bottas revealed he was having to deal with another issue at that point.

“Actually, it was a bit compromised because there was like a massive bee or something that hit my visor as I was braking,” Bottas said.

“I couldn’t really see when I should brake. So that’s why I went too deep.”

Despite the setback, strategically Bottas maintained the upper hand.

Hamilton started the race on a set of soft compound tyres as a result of a compromised qualifying session on Saturday.

While faster over a single lap, the tyre was regarded as inferior to the medium over the course of a stint.

After losing out at Turn 2, Bottas only needed simply to remain in contact with his team-mate throughout the opening stint.

His cause was then eased when the stewards slapped Hamilton with two time penalties, which had to be served at his stop, effectively handing Bottas an unchallenged pathway to the lead.

“I knew it was going be a long race after that and, with the medium tyre, I had opportunities,” Bottas said.

“But obviously Lewis had penalties, so once I was in clean air I felt the pace was pretty awesome and I could really control everything.”

Victory for Bottas means Hamilton holds a reduced lead the championship with 205 points to Bottas’ 161, a difference of just 44 points.

The next stop for Formula 1 is the Eifel Grand Prix, held at the Nurburgring, on October 9-11.