Angry Hamilton claims stewards are ‘trying to stop me’

Angry Hamilton claims stewards are ‘trying to stop me’ 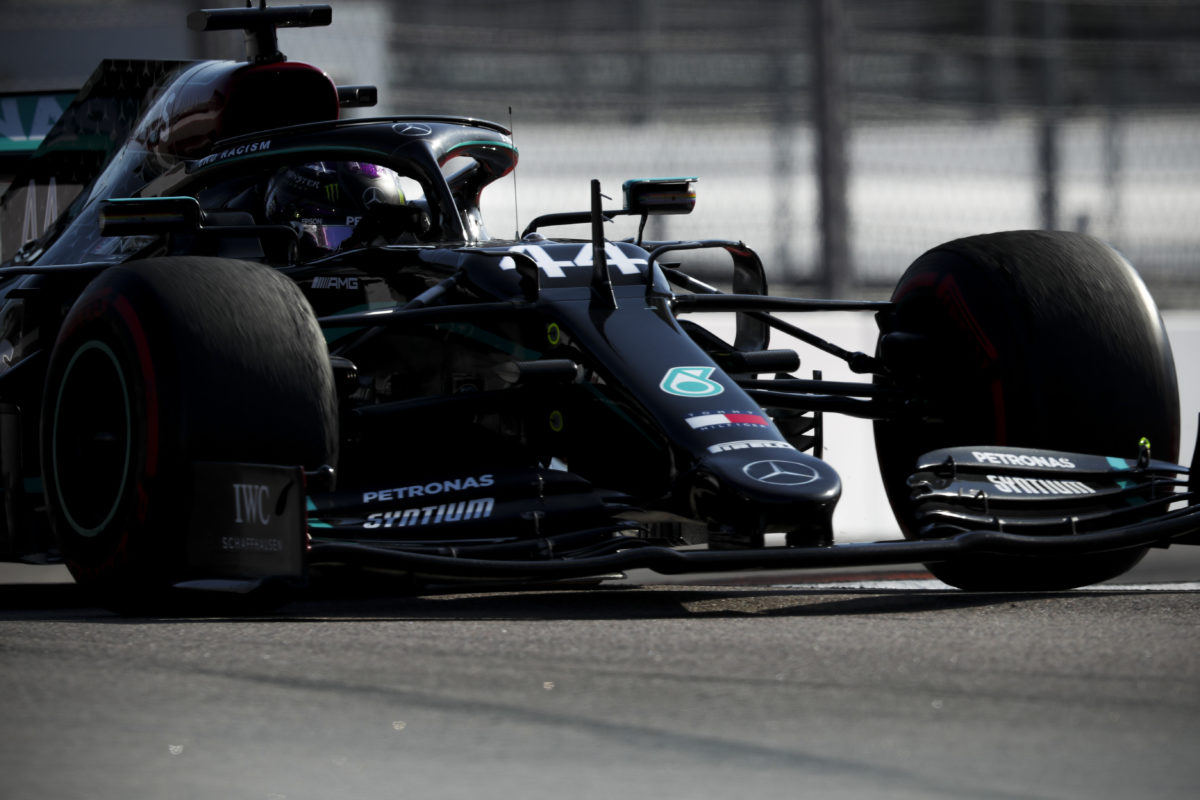 An angry Lewis Hamilton has claimed that stewards in the Formula 1 Russian Grand Prix were trying to stop him from winning the event.

The Mercedes driver picked up two five second time penalties for performing practice starts outside of the prescribed area pre-race.

Investigated by the stewards, the championship leader was handed two penalties as a result; one for each instance.

Instruction from FIA Race Director, Michael Masi, advised drivers where it was acceptable to perform a practice start, along with a raft of other event and circuit specific information.

While not forming part of the sporting or technical regulations, breaching the instructions in those notes comes with the potential of a discretionary penalty by the stewards.

In Hamilton’s instance, that was a five second penalty for each breach.

That left the six-time world champion aggrieved as he felt he’d been singled out unfairly.

Leading in the early stages in Russia, Hamilton ultimately came home third in a race won by team-mate Valtteri Bottas.

“If you look at probably every race that I’ve done this year, at least, I always (perform a practice) start further down (pit exit),” Hamilton explained.

“Never, ever had a problem, done it for years.

“(In Russia) I haven’t done that before, I would say, but it says you have to be on the right after the lights, it doesn’t say how far.

“I don’t like to be on the rubber, that’s where everyone has done all their starts so it’s not representative of what it’s like on the grid, so I try to get onto the surface that doesn’t have any rubber.”

In a separate interview post-race, Hamilton stated he felt the penalties were too harsh and part of a wider effort to curb his performances.

“But it’s to be expected. They’re trying to stop me, aren’t they?” he claimed.

“But it’s OK. I just need to keep my head down and stay focused, and we’ll see what happens.”

Hamilton’s race was already compromised after dramas in qualifying meant he had to start on the soft compound tyre.

The Brit lost his first timed lap in Qualifying 2 on Saturday after he exceeded track limits, and his second had to be abandoned after Sebastian Vettel crashed.

With limited time to set a lap and progress through to the final phase, Mercedes bolted on a set of soft compound tyres to maximise his chances.

As a result, he began Sunday’s race strategically compromised as those around him were able to use the more durable medium compound.

The emergence of the Safety Car on the opening lap of the race seemed to play in Hamilton’s favour, allowing him an opportunity to extend his opening stint, but he suggests his strategy was not modified to account for it.

“The original stop was supposed to be Lap 16, luckily we had a Safety Car which took us to Lap 6, or something like that,” Hamilton said.

“I thought that’s bonus points, it means I can go six laps longer.

“I think they stopped me still on Lap 16, or something like that but I thought I could at least do another five laps, which would have just made it a little easier on that second stint – but five laps wouldn’t have made a huge difference.

“My tyres were dead right at the end, so they were definitely on the limit but yeah, it’s a discussion we’ll have afterwards and we’ll work on it.”

Initially rubbing salt into his wounds was that two penalty points were also dished out on Hamilton’s licence.

That would have seen him just a single point away from having a one-race ban, though stewards rescinded that decision.

“The Stewards received information from the team that the driver of car 44 had received a team instruction to perform the practice start in the incorrect place,” read a subsequent report from the stewards.

“Based on this information the Stewards replace document 47 with this decision and therefore remove the penalty points imposed.”

Hamilton holds a 44 point championship advantage over Bottas, and 77 to Max Verstappen in third, with seven races to run in the 2020 season.

The Nurburgring is the venue for the next round of the campaign, the Eifel Grand Prix, on October 9-11.