Van Gisbergen: We wrecked a good car by qualifying badly

Van Gisbergen: We wrecked a good car by qualifying badly 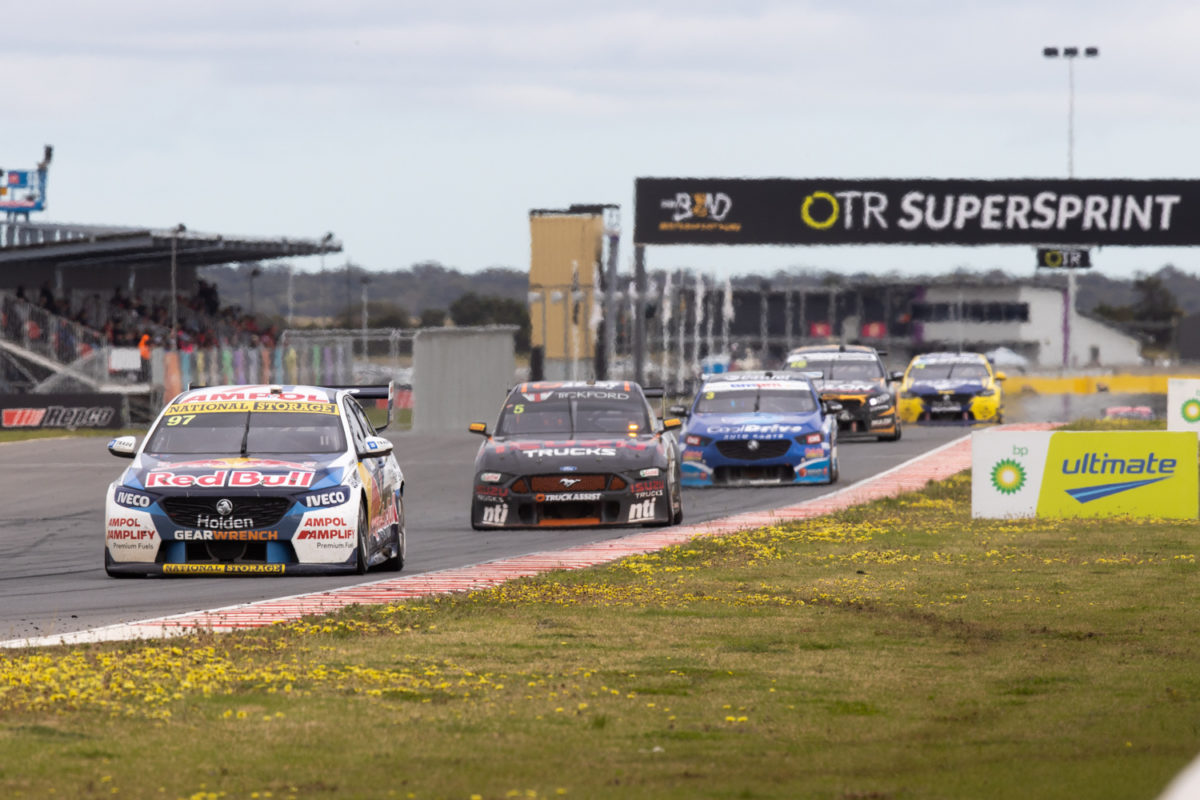 Shane van Gisbergen has been left to lament the task he and his team created for themselves after driving from 22nd to fifth in the OTR SuperSprint The Bend finale.

The 2016 champion started well back for both of the Sunday encounters at Tailem Bend, having been only 15th-quickest in Qualifying for Race 29.

In both of those 32-lap affairs, however, van Gisbergen hauled his way to fifth at the chequered flag.

That created a sense of frustration for the Red Bull Holden Racing Team driver, who set the fastest lap in Race 30 and also Race 28 the afternoon prior, when he finished second to Scott McLaughlin from third on the grid.

“Today’s races were pretty good but would’ve been better if we had qualified higher up the grid,” said van Gisbergen.

“The first lap in the second race today was awesome. There were cars going everywhere and luckily, I was just in the right spots.

“Although it was fun, we really should’ve been up the front. We really wrecked a good car by not qualifying well.

“We had a fantastic car; the crew did an awesome job but starting up the back hurts.”

While an undercut is the more conventional means of using pit strategy to gain position, van Gisbergen ran a relatively long first stint in all three sprints with stops on Laps 15, 23, and 20 respectively.

The middle of those proved particularly profitable given he was able to use a Safety Car period to take four fresh tyres for the six-lap run home, during which he gained four positions.

“Because it’s so hard to pass at this track, you have to get a tyre differential somehow,” explained the New Zealander.

“There’s not much tyre degradation with this track, so you can stay out and go faster once the slower guys pit, so it sort of works both ways.”

Even if qualifying does not work out for van Gisbergen at the Supercheap Auto Bathurst 1000, he and co-driver Garth Tander at least have 161 laps to drive the #97 ZB Commodore back up the order.

“I’m really looking forward to Bathurst now; I just want to go racing and have some fun,” he added.

“I’ve got an awesome car, and even if you qualify bad there, I have a lot of time to make up track position.