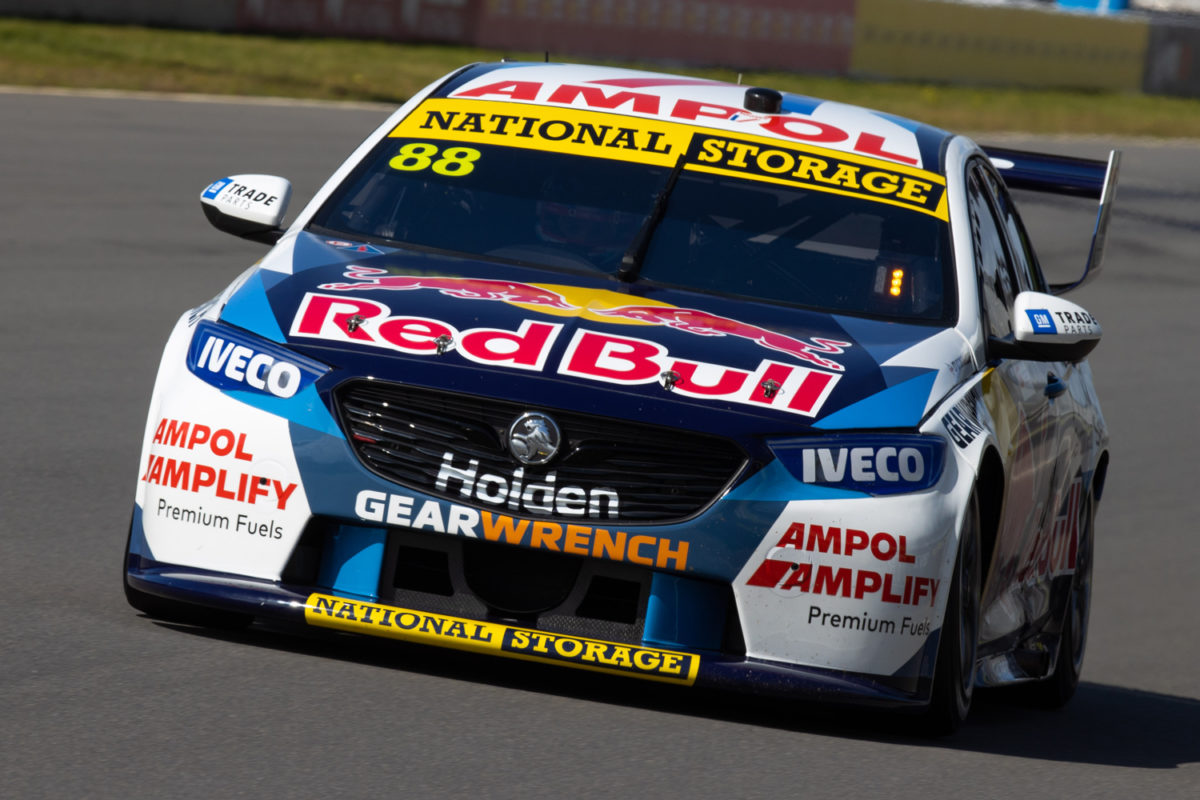 Triple Eight has been penalised for its pit lane mishap during Race 29 at the OTR SuperSprint The Bend although no punishment has been dished out to Jamie Whincup himself.

The Banyo-based squad has been relieved of 30 teams’ championship points and $1500 for the incident, a Motorsport Australia spokesperson has advised.

Whincup appeared to hit his right-hand wheel man’s rattle gun as he entered the pit box for his compulsory pit stop, with the impact causing Car #88 to drag the air line.

The drama cost over three seconds, with the seven-time champion emerging sixth after the CPS cycle having run third in the early stages of the 32-lap affair.

He would go on to finish seventh after ceding another spot to team-mate Shane van Gisbergen, who was able to pit during the only Safety Car period of the encounter and take four fresh tyres.

Whincup has to beat McLaughlin, or both must fail to finish, in order to keep the championship alive on the way to the Supercheap Auto Bathurst 1000.