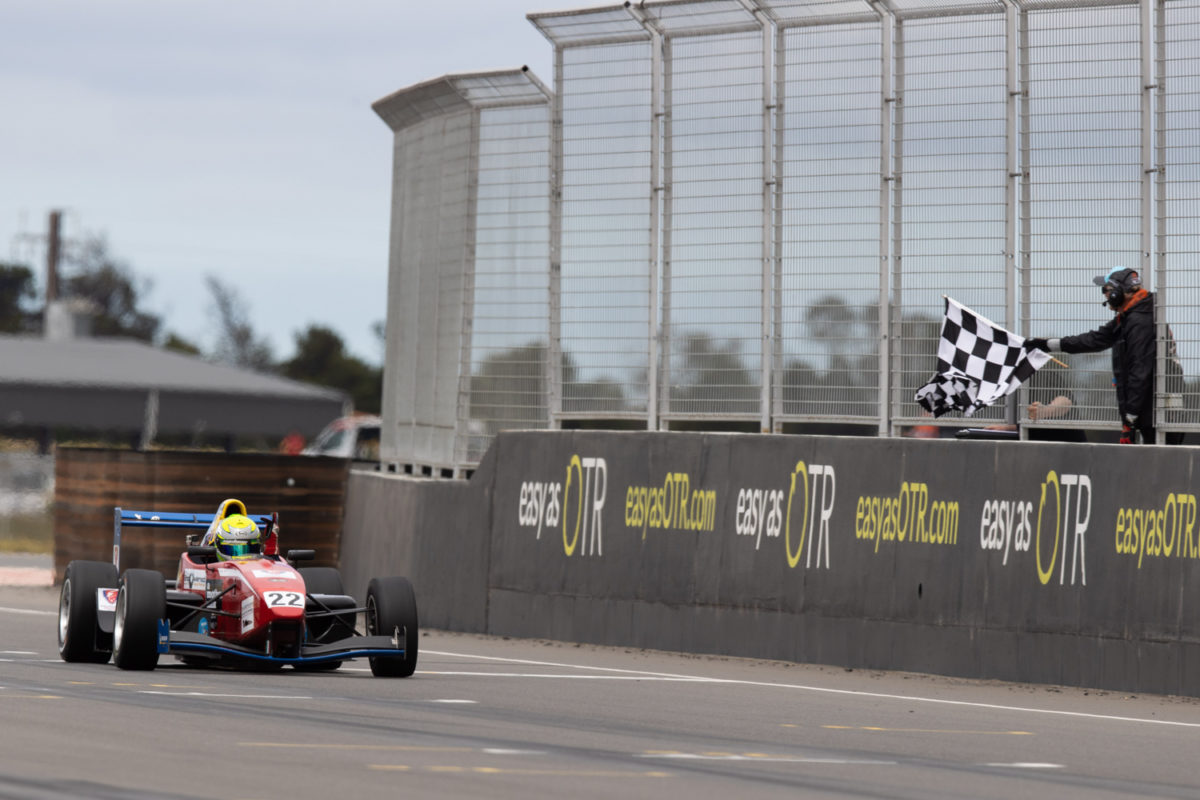 Sebastien Amadio made it two victories out of three on his maiden weekend of racing at the South Australian Sports Car Invitational round at The Bend.

Amadio, who claimed Saturday’s Race 1 win aboard his #22 Toyota FT40, backed it up in Race 3 after a DNF in Sunday morning’s Race 2.

Michael Almond won the morning race in his #24 Radical SR3RS ahead of Blake Purdie (#8 Wolf GB08 CN), with Mark Short third in his #16 Prince LSR.

Amadio was one of three retirements in Race 2, with Jason Makris eighth aboard his #44 Gold Coast Marine Wolf Tornado.

Race 2 saw Makris vault from eighth at the start to second on the first lap, before the #44 battled past Purdie early in the race for the lead at Turn 1.

There was frustration for Sam Shahin, who was forced into the lane with damage to the #13 Toyota FT40 following Turn 6 contact with Glen Stallbaum (#99 Wolf GB08 SM).

Mark Laucke (#55 Laucke Flour Mills Wolf GB08 Tornado) threatened as Amadio’s main challenger for the Race 3 win and loomed large following the pit stops, but a spin at Turn 11 consigned Laucke to fourth by race’s end, 27s down on Amadio and behind Makris, with initial third-place finisher Short disqualified.

Purdie claimed the overall round victory. 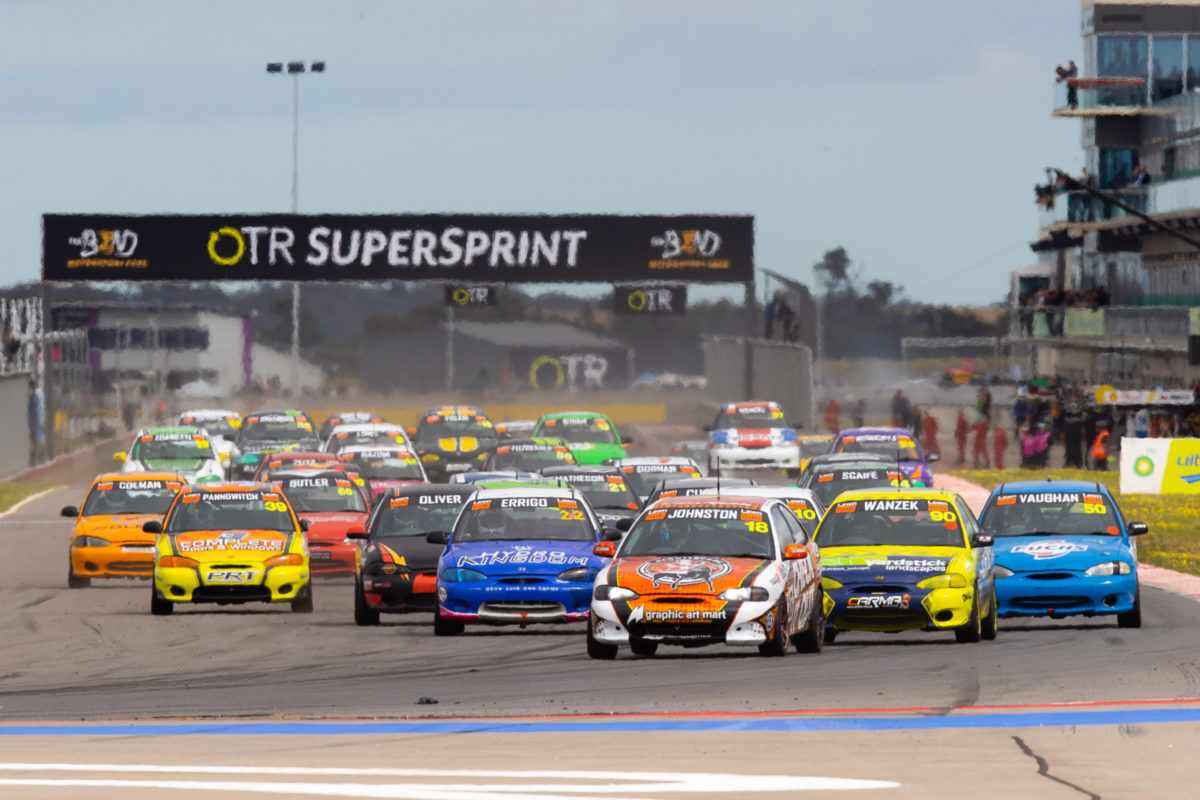 Asher Johnston completed a perfect weekend at The Bend Motorsport Park with a clean sweep of the Circuit Excel category.

Johnston, who claimed pole and won Race 1 on Saturday, returned on Sunday to crush the field with runaway victories in Race 2 and Race 2.

The #18 Check It Out Graphics car was untouchable all weekend, with Jayden Wanzek second in both races on Sunday in his #90 Misch’s Excel Garage car.

Race 2 featured a thrilling battle for second between Wanzek and Daniel Errigo (#22 Excedy Clutch), with the two drivers swapping places several times in the closing laps.

As Johnson pulled away to a 13.3s win, Wanzek and Errigo were covered by little more than a coat of paint before the latter sent Wanzek into a half-spin at Turn 3.

Race 3 was a much more tame affair at the front, with Johnson completing the hat-trick of wins with Wanzek second ahead of Lee Stibbs (#10 Arrow Car Sales) and Errigo.

Andrew Hobby (#12 Broadtec Solutions/Rowse Motor) was the big mover on Sunday, rising from a DNF in Saturday’s Race 1 in the 37-car field to finish ninth in Race 2 and fifth in Race 3.