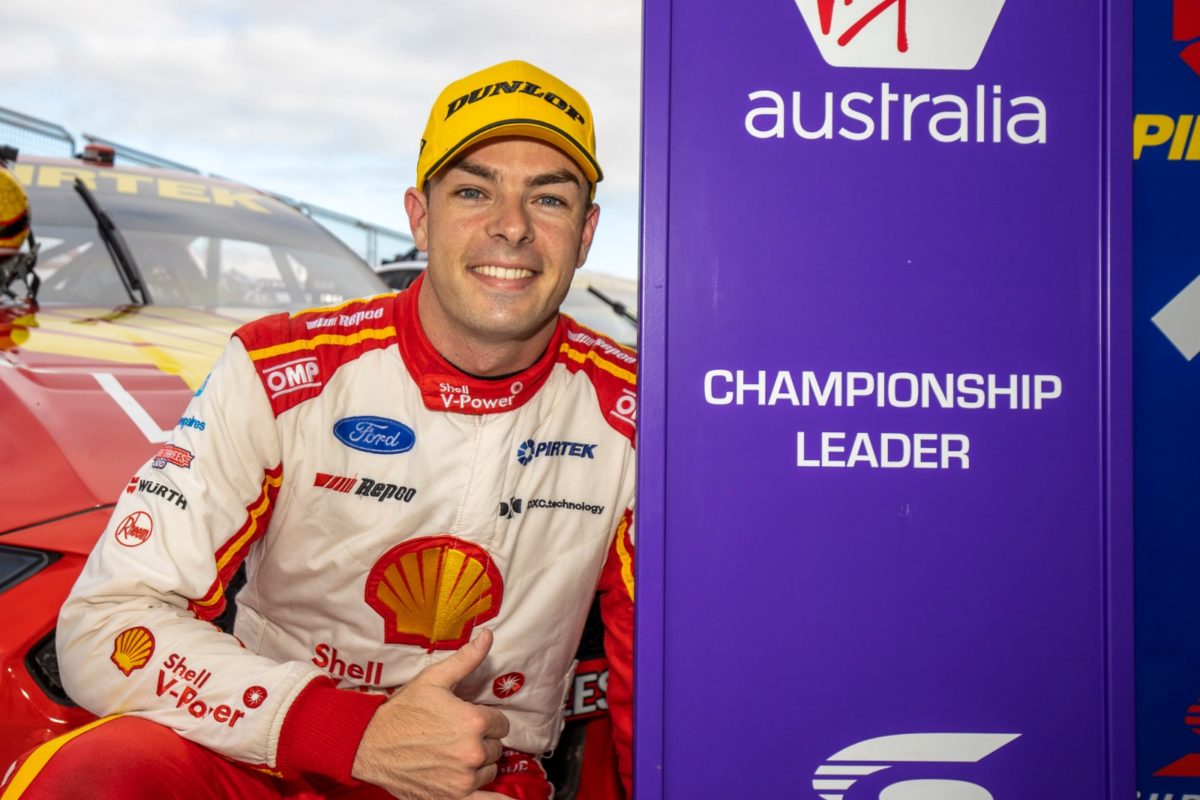 Scott McLaughlin believes that his third Virgin Australia Supercars Championship title is “probably the best” given the trying circumstances of 2020.

McLaughlin is the champion-elect after moving more than 300 points clear of Jamie Whincup at the head of the drivers’ standings with just the one event remaining.

Once it becomes official, it will be his third such crown in total and third in as many years.

The most recent of those years, however, has seen the season suspended indefinitely due to the COVID-19 pandemic, the postponement of events just days out due to interstate travel restrictions, racing on four weekends in a row, a new way of living for competitors in the Supercars ‘bubble’, and more.

All of that turmoil has made McLaughlin’s latest triumph all the sweeter.

“It hasn’t sunk in at all,” he said on Fox Sports’ Supercars Trackside, shortly after the race in which he sealed number three at the OTR SuperSprint The Bend.

“It just feels like every other race, but then I’ll wake up tomorrow and I’ll be able to change my Instagram profile to ‘three-time Supercars champion’ and a few other things; social media’s all that these days.

“I mean, it’s been well-put in the media that it’s been a tough year for the team, tough for every team up and down pit lane.

“For me, this feels probably the best out of all of them because of the way we’ve had to bounce back from ups and downs and come back and fight the next week when everyone else has raced at the track we raced the week before.

“It’s been so different. We didn’t know where we were going…

“It’s just been a whole lot of adversity and for us to come through and still win the championship with a round to go, it’s a true testament to the character of the team and the people who are behind me behind the scenes.

“My wife Karly, my mum and dad, people who keep my feet on the ground and make sure that I just try and make myself 100 percent every time I get in the car… This year’s really tested all of that.”

McLaughlin bounced back from heartbreak in 2017 to claim his first championship title the following year.

His second, however, was marred by controversy almost from the outset, firstly with the parity stoush over the then-new Ford Mustang.

The drama exploded when DJR Team Penske was slapped with a $250,000 fine ($100,000 suspended) and the maximum allowable teams’ championship penalty for the ‘debriss’ fiasco in which it was found to have breached the International Sporting Code in the Supercheap Auto Bathurst 1000.

McLaughlin and Alexandre Premat won that race and the former would go on to unofficially clinch the title with an event to spare, just like this year.

On that very day, however, stewards announced yet another penalty relating to Bathurst, one which involved McLaughlin’s car directly after it was found to have qualified with an illegal engine, albeit unintentionally so, at Mount Panorama.

Despite displaying a subdued mood after that Sandown 500, he maintained he was still proud of his and his team’s achievements.

Asked how 2020 rated against the 2018 and 2019 championships, McLaughlin said, “The 2018 one was pretty awesome, I was pretty pumped there, there was a fair fist-pump going on.

“Then the 2019 one, it was just crazy, the year was probably not my most enjoyable, but to come back…

“There’s been a lot of chat about 2019 being a year when we had a better car or whatever.