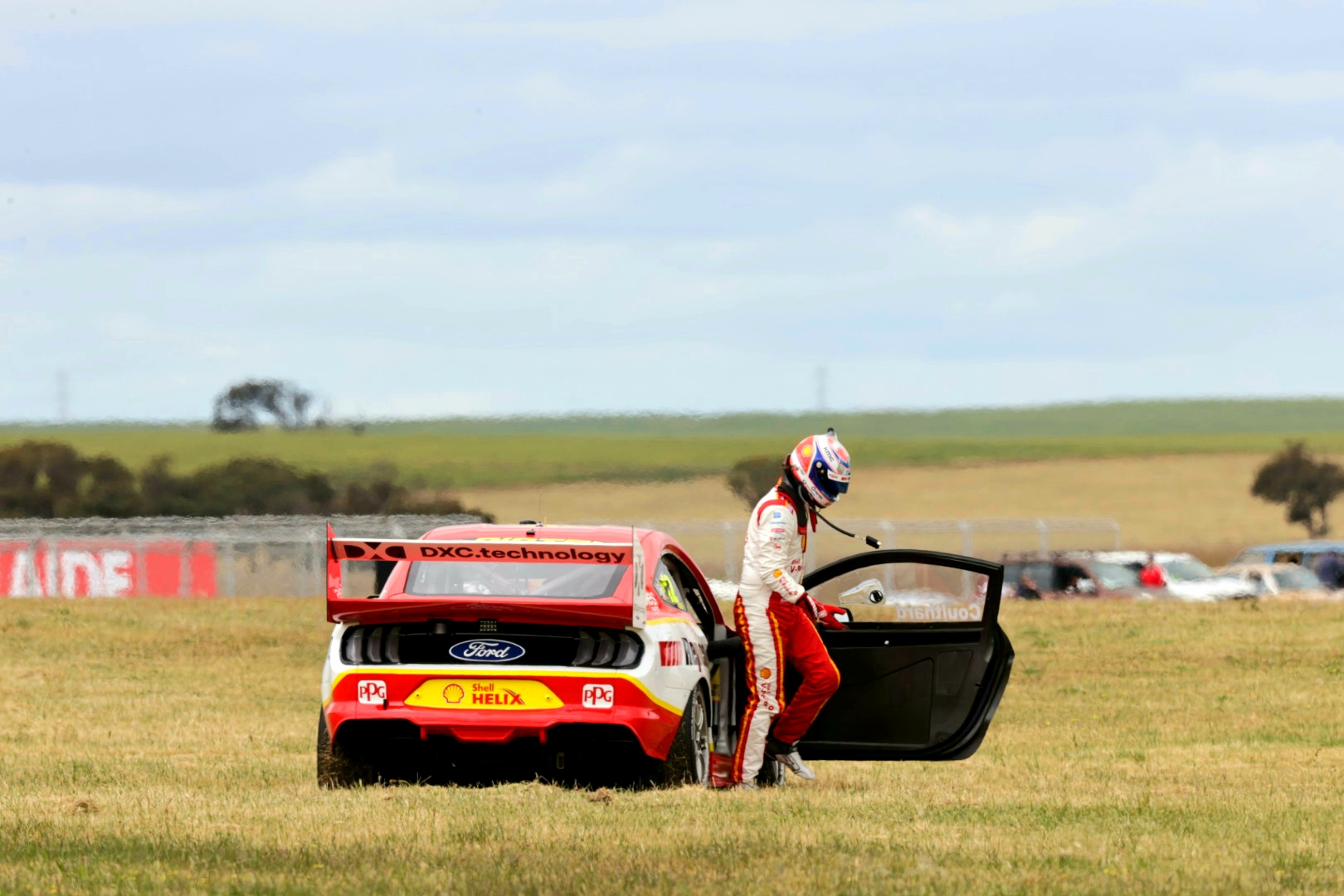 Fabian Coulthard said he felt something was amiss with his Ford Mustang before a driveline failure in Race 29 at the OTR SuperSprint The Bend.

The Shell V-Power Racing Team driver dropped out of contention on Lap 22 when the failure occurred out of Turn 7.

As a result, the team was deprived of a possible one-two finish after team-mate Scott McLaughlin went on to win the 32-lap affair.

Asked about the failure, Coulthard said he could feel something wasn’t right before the driveline let go.

“On the downshifts into (Turn 6), I felt like there was a little bit of movement within the gearbox,” said Coulthard.

“I came through Turn 8, went on the throttle and there was just no drive. I had no option but to leave the circuit.

“We just need to keep the ball rolling. Obviously I’ve got the greatest guys in pit lane and they’ll have me out there getting it fixed.”

Coulthard was the early leader in proceedings, jumping away from the cleaner side of the road in second to get the holeshot into Turn 1.

DJR Team Penske team-mate McLaughlin defended down to the first turn as title rival Jamie Whincup of the Red Bull Holden Racing Team sought to make headway from fourth on the grid.

Coulthard led the opening seven laps before forfeiting the lead to McLaughlin.

The team-mates ran line astern after the pit stop sequence and on corrected order were first and second.

However, the team couldn’t convert due to Coulthard’s mechanical failure.

“It’s the way it is,” Coulthard lamented.

“I do the best for my team, and the bigger picture was Scott trying to secure the overall drivers’ championship.

“Teams’ points have taken a little bit of a hit, but I played my part, I did my role, and unfortunately we would’ve finished one-two if it wasn’t for the failure.”

The final outing this year at The Bend Motorsport Park, which gets underway at 14:20 local time/14:50 AEST, will see Coulthard start from fifth.