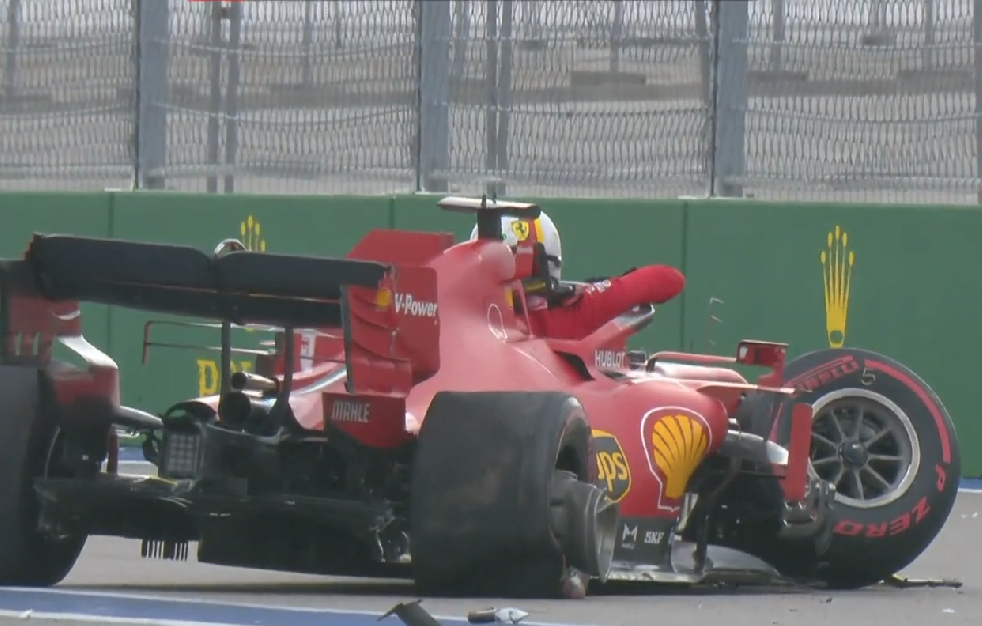 A crash for Sebastian Vettel in the closing moments of Qualifying 2 for this weekend’s Formula 1 Russian Grand Prix has drawn the red flag.

The German lost control after taking too much kerb at Turn 4 as he began his final flying lap of the session.

It pitched Vettel into a spin which ended when he clouted the barrier heavily, bouncing back on track and almost into the path of team-mate Charles Leclerc.

With debris strewn across the road Race Control opted to suspend the session.

That came at an awkward time for Lewis Hamilton, who sat 15th after his first timed lap was deleted due to track limits.

With just over two minutes left of the clock as the red flag was shown it left precious little time for a traditional out lap, and in Hamilton’s case, no new medium compound tyres with which to do so.

Instead, Mercedes elected to send the Briton out on a set of new soft compound tyres.