Van Gisbergen focusing on own results rather than Whincup’s hopes

Van Gisbergen focusing on own results rather than Whincup’s hopes 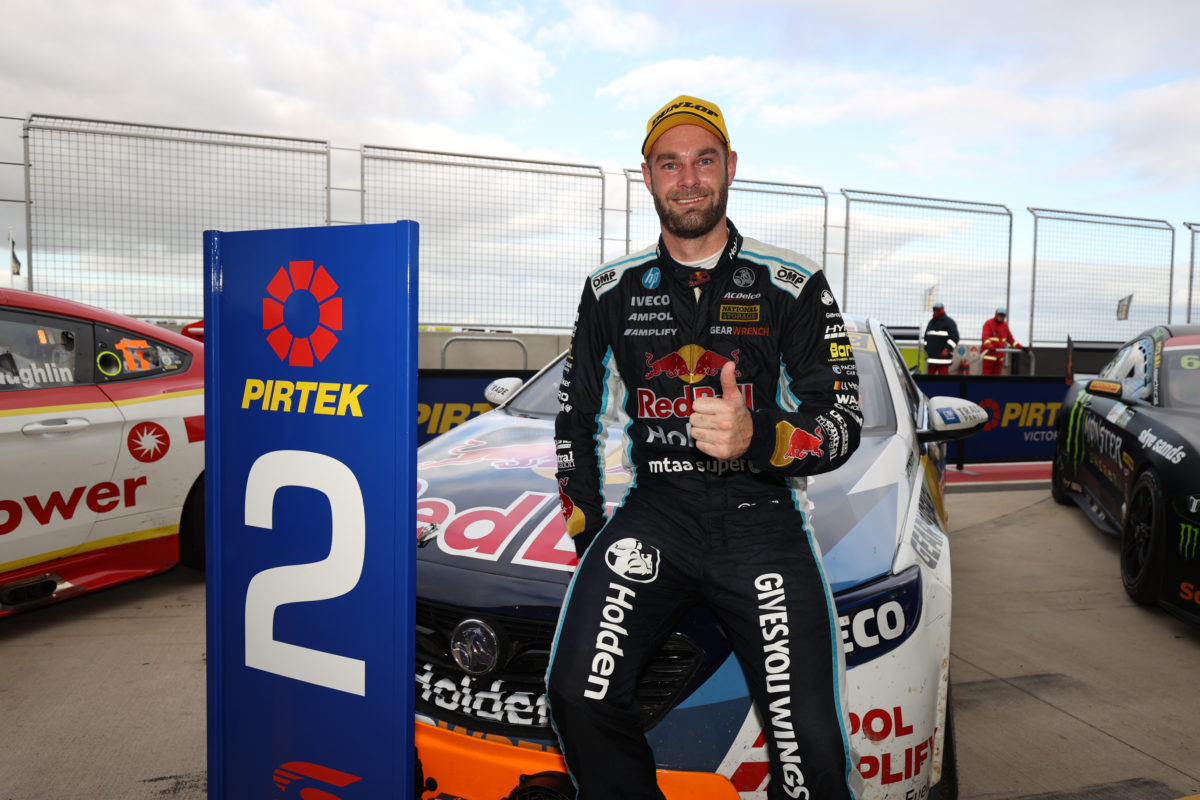 Shane van Gisbergen says he is enjoying being competitive again rather than concentrating on trying to bolster team-mate Jamie Whincup’s championship hopes.

While the 2016 champion is officially out of the hunt now, Whincup can still deny Scott McLaughlin this year’s title in the three races which remain in the 2020 Virgin Australia Supercars Championship.

His odds of doing so, however, have lengthened with the expansion of the margin between them to 263 points after #88 finished 10th in Race 28 at the OTR SuperSprint The Bend.

That figure which would have been slightly smaller had van Gisbergen managed to pass McLaughlin for victory in the latter stages, but he ultimately trailed the #17 Mustang home by 0.6s.

Asked if he was mindful of the title chase and actively seeking to help his Red Bull Holden team-mate, #97 simply responded, “No”.

“I’ll just do my own stuff and go racing.

“We’ve been out for a little while but since Townsville Saturday night, we’ve found some stuff with the car, got better and pretty much in contention to be up the front in every session since.

“I’m just happy to be quick again and mixing it up with these guys and being within a shot of it, but (these are) silly questions, some of them.”

Being formally out of the hunt for the crown does also leave van Gisbergen free to fight for next month’s season-ending Supercheap Auto Bathurst 1000 without a thought about the championship.

The New Zealander nevertheless does not believe he will approach the Great Race with a different mindset to his usual.

“I haven’t really thought about it but probably (looking forward to it) the same,” he said.

“But I’ve got as good a shot as anyone. We just have to get things right all week, put a good car on the track from the first session, and just tune it, so I’ve got a good shot.”

Van Gisbergen will share his #97 ZB Commodore with Garth Tander when the field competes at Mount Panorama in October.

Before then, Qualifying for Race 29 of the season commences tomorrow morning at The Bend at 09:10 local time/09:40 AEST.