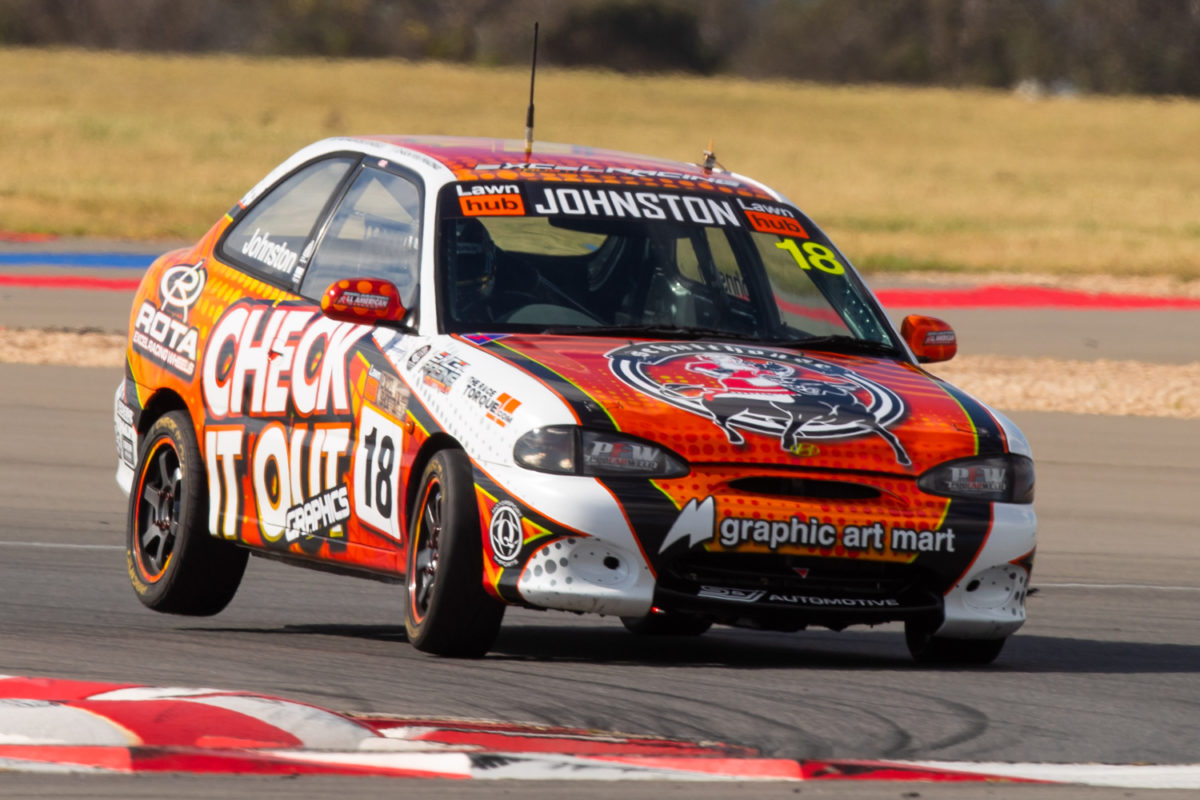 Asher Johnston was untouchable in Race 1 of the Circuit Excel Shootout at The Bend Motorsport Park on Saturday.

The #18 Check It Out Graphics entry was a class above in the 12-lap affair, with Johnston checking out from the start and racing to a 5.7s victory over Jayden Wanzek.

Wanzek managed to finish where he started despite a first-lap tangle with Bradley Vaughan at the Turn 6 hairpin, with Vaughan finishing fifth in his #50 Angaston Motors entry.

Daniel Errigo shadowed Wanzek to the line, with the duo joined in battle by Lee Stibbs and Andrew Hobby, with the latter falling away after a late visit to the pits.

Just 1.9s separated Wanzek in second to Stibbs in fourth, with Vaughan keeping a watching brief in a distant fifth.

Hobby was one of three retirements in the 37-car field, along with Scott Stephenson and Cassandra Hoare. 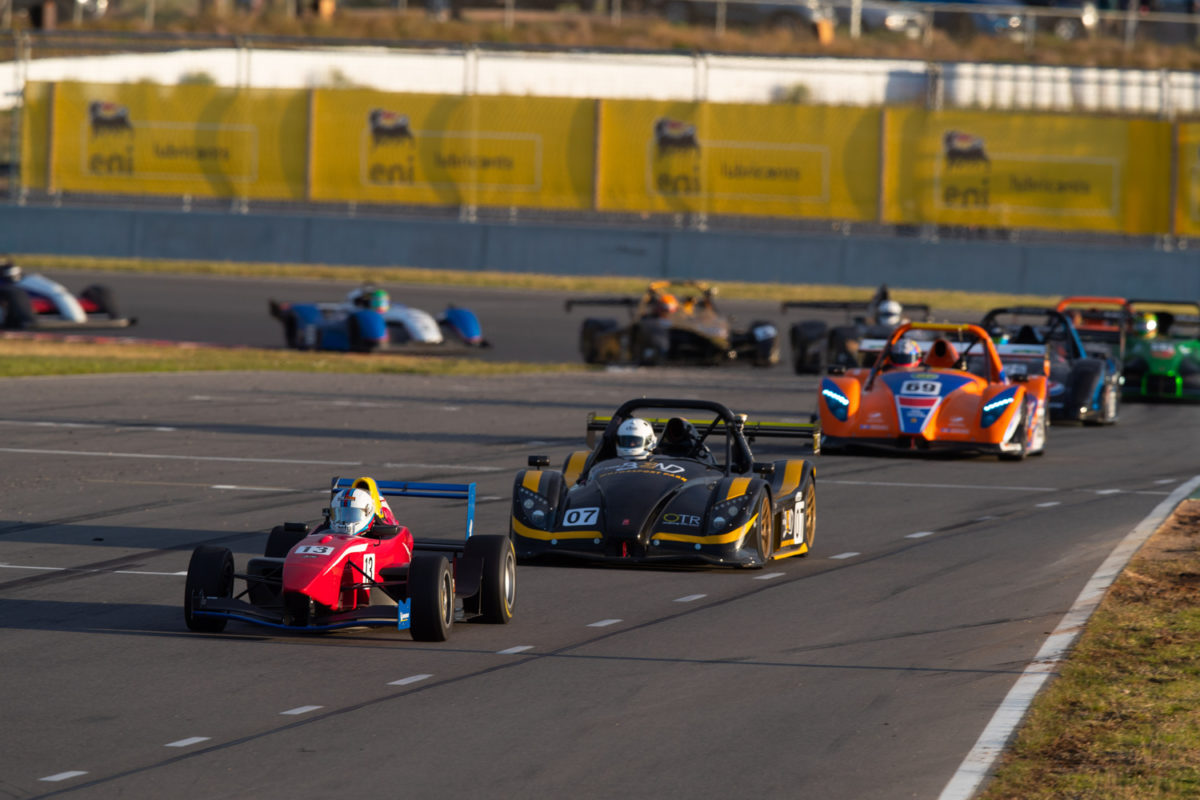 The opening race of of the Sports Car Invitational at The Bend fell the way of Sebastien Amadio.

Amadio steered his #22 Toyota FT40 to victory over Jason Makris, who drove his #44 Wolf Tornado to second ahead of Mark Laucke.

Blake Purdie made it three Wolf entries in the top four, with Garth Walden rounding out the top five in his #24 Radical SR3RS.

The day began and ended in drama for Tim Cook, who failed to finish the race, just hours after a high-speed off in his Firman F1000 at the end of the pit straight. Cook’s car struck dormant puddles left behind by heavy rain which fell in the lead-up to this weekend’s event.