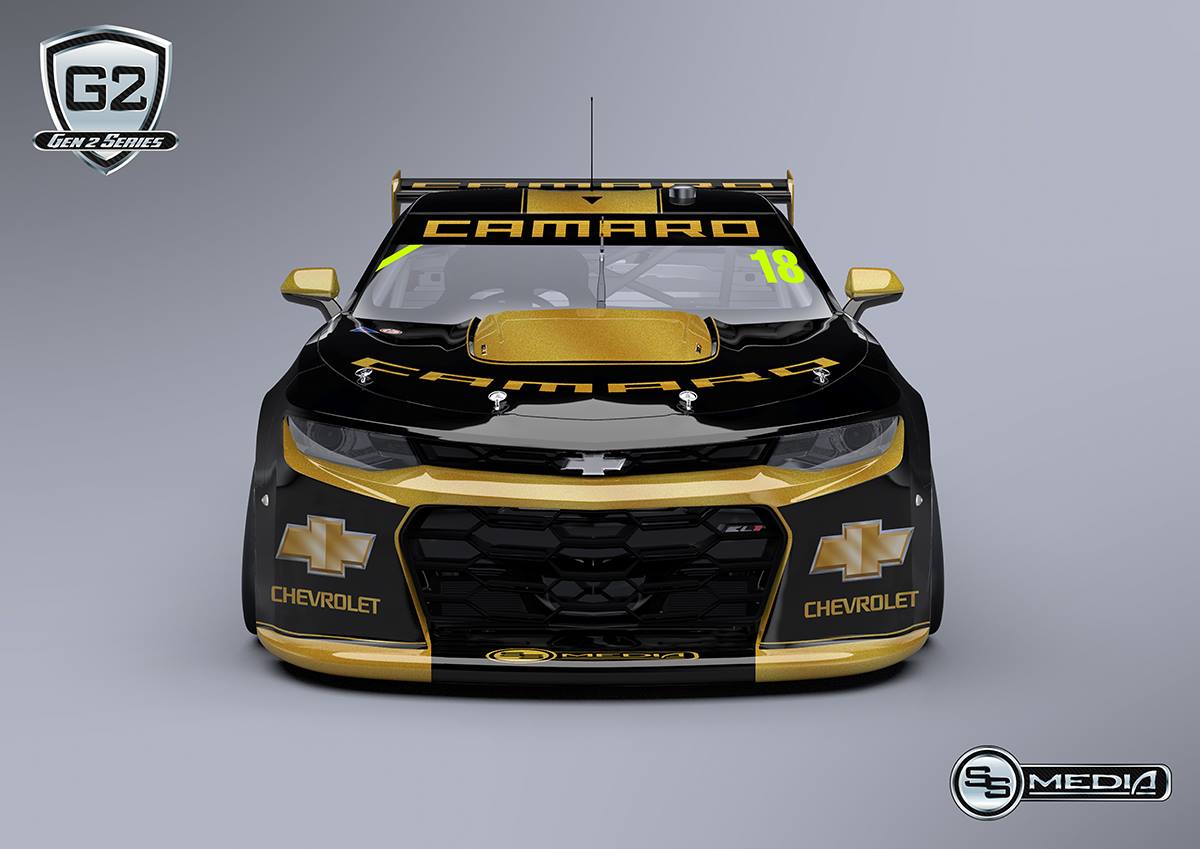 Supercars is rumoured to be chasing the Chevrolet Camaro body shape for Gen3 render: SS Media

Supercars CEO Sean Seamer is eager to share developments surrounding the long-awaited introduction of Gen3, which he expects will see “some pretty cool cars”.

In recent months, technical details of the Gen3 platform have begun to surface with Supercars tendering for controlled componentry.

A category controlled wheel, pedal box, fuel system, and brake package are among the tenders released so far.

Supercars has begun work on the new-look chassis, which is expected to have a roll hoop 100mm lower than the current chassis.

Earlier this year Seamer indicated more details would come to light regarding manufacturer involvement around June or July.

However, he said the coronavirus pandemic delayed some of those discussions. Nevertheless, the category boss remained optimistic.

“Obviously we are well past June/July, but the world’s very different to what it was when we talked about that.

“Timelines have been a little bit delayed because of it, but we’re still under discussions with those range of different manufacturers.

“I think you guys are going to see some pretty cool cars, (I) look forward to sharing the work that’s been done with everybody.”

Ford’s involvement in the championship beyond 2020 still remains up in the air.

Ford Performance Motorsport Global Director Mark Rushbrook earlier this year told Speedcafe.com the marque wanted to compete against “the best in the world”.

That came after it was announced General Motors would pull out of right-hand-drive markets, and subsequently called time on the Holden brand.

Seamer said Holden had an active role in the development of Gen3 while Ford continues to take a “very active role” in the process.

The category boss said there is some urgency to get the technical underpinnings of Gen3 released by the end of the year.

Much of that, he said, will be determined by the tender process. The most recently tendered item, a controlled fuel system, is expected to be selected by October 21.

However, those dates are at the discretion of Supercars.

“I’m not going to guess, but it will be before the end of the year,” Seamer said of finalised Gen3 details.

“We need to get it out soon obviously, but there’s a lot of work going on in the background, which I’m sure you’re aware of in tender processes et cetera, which determines what that announcement is going to look like.

“We’re moving as quickly as we can. We’ll get it out before the end of the year.”