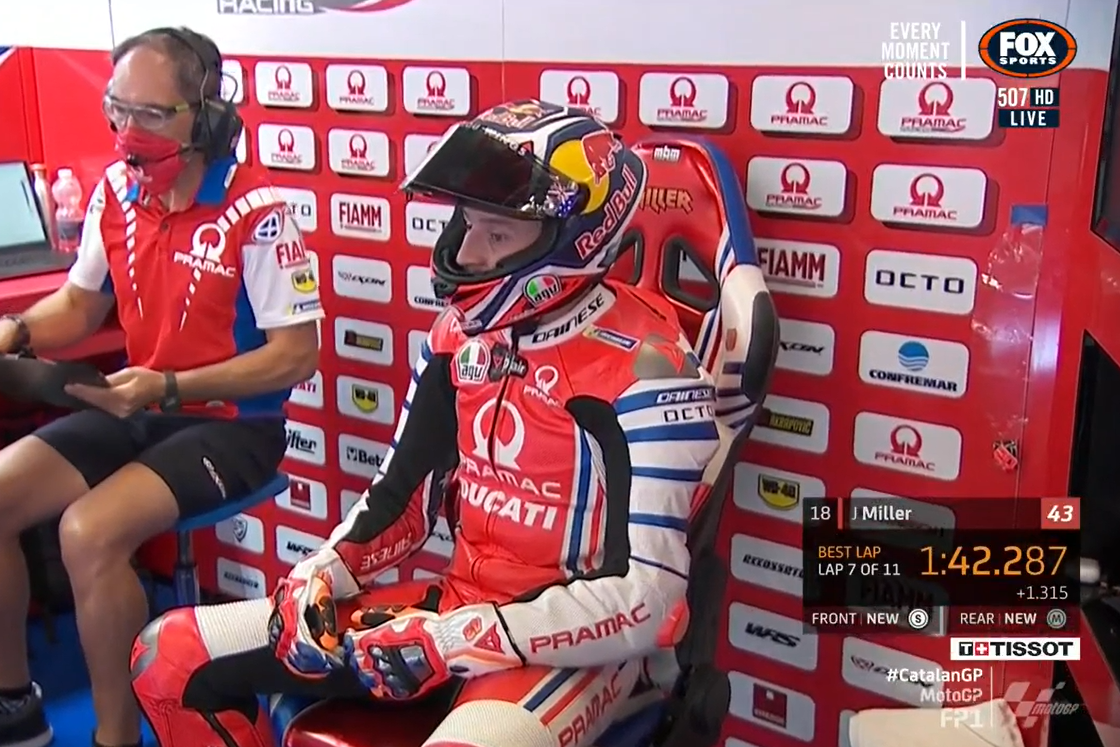 Jack Miller in his garage with the tear-off stuck on the wall to his left pic: Fox Sports

Jack Miller has decided to auction the stray tear-off which ended his Emilia Romagna Grand Prix for charity.

Miller failed to finish the most recent race of the season when his Ducati ingested a tear-off which Fabio Quartararo had removed.

The Australian has brought the tear-off to the Circuit de Barcelona-Catalunya, where the championship continues this weekend, and has put it on display in the Pramac Racing garage.

It will be signed by Miller and Quartararo, and auctioned by the Two Wheels for Life charity.

The matter had already been brought to prominence again when fellow Pramac rider Francesco Bagnaia suggested on the eve of track activity in Catalunya that there should be rules governing where tear-offs may be removed.

Franco Morbidelli set the pace with a 1:39.789s in Free Practice 2 aboard his Petronas SRT Yamaha, with Johann Zarco (Esponsorama Racing) second on an older Ducati at 0.109s back.