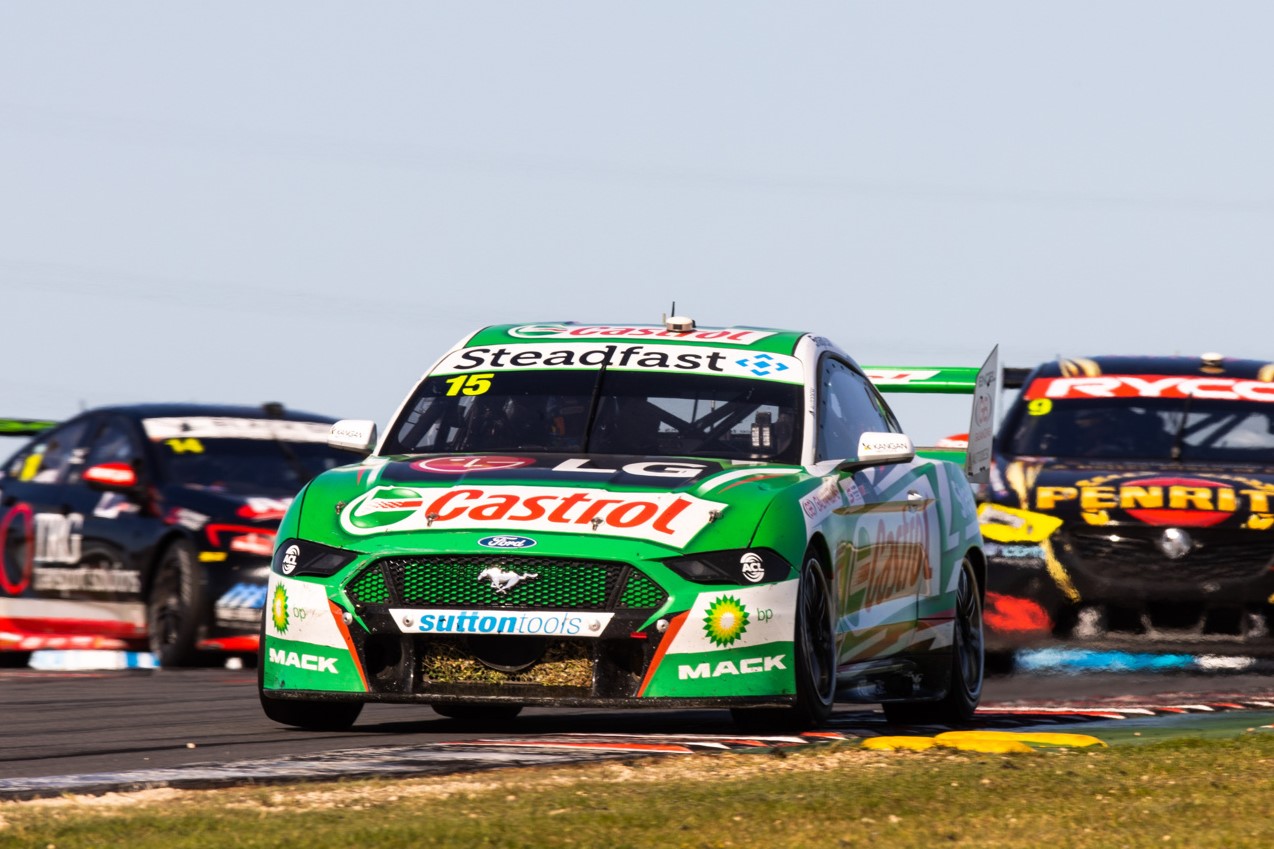 Todd Kelly believes the lightening of his team’s engines will make the Ford Mustang pair the “most stable and comfortable” Kelly Racing cars ever at Mount Panorama.

Since the start of the Virgin Australia Supercars Championship, both Rick Kelly and Andre Heimgartner have driven with an engine estimated to be 15 kg overweight.

The team has been able to lighten the engine ancillaries in the #15 Castrol Racing car, which will get its first run at The Bend Motorsport Park this weekend.

Meanwhile, the engine for the #7 Ned Racing entry remains in pieces in Queensland.

Team boss Todd Kelly this week detailed plans to complete a cross country journey to have the engine rebuilt, flown back, and installed in time for the Supercheap Auto Bathurst 1000.

Speaking with Speedcafe.com, Kelly said he anticipates the weight reduction will put them in good stead not only at Mount Panorama but at tracks they’ve struggled at in 2020.

However, with the season set to conclude at Mount Panorama next month, the team will have to wait until 2021 to see if the weight reduction improves performance at their weaker circuits.

“They should be pretty comfortable to drive for the guys,” said Kelly.

“I’m expecting they’ll be probably the most stable and comfortable car they’ve ever had at Bathurst, which will be good for Rick and Andre as well as the co-drivers.

“Inherently, as a team, we’ve always been a lot stronger at the higher speed circuits, whether it be with the Nissan or any of the cars we’ve had.

“It will certainly put us in the right direction to fixing the tighter street circuit handling issues we’ve got.

“I’m quite interested to get back to one of those places next year with a different car than what we had this year and hopefully have a much better weekend than what we had at those joints.”

By the time the team returns to those troublesome circuits in Darwin and Townsville next year, Kelly expects the full weight reduction will have been completed.

While the block has been targeted as a focal point for lightening, the cylinder heads and inlet manifolds have also previously been identified as areas for weight savings.

Kelly explained that the process of lightening the engine is a balancing act to meet technical requirements, which dictates the engine be 200kg dry.

“There’s a minimum weight and an exact centre of gravity position on the engine, so you can’t lighten it right down and then put all the weight on the bottom,” Kelly explained.

“As you lighten bits and pieces you need to be quite clever about it if you can’t do all of it because there’s a good chance you could put that centre of gravity out and then have to put a heap of ballast somewhere else to get it back within the rules.

“That’s why it’s a little bit hard to do it on the run but we’ve managed to kind of get halfway there, which is good.”