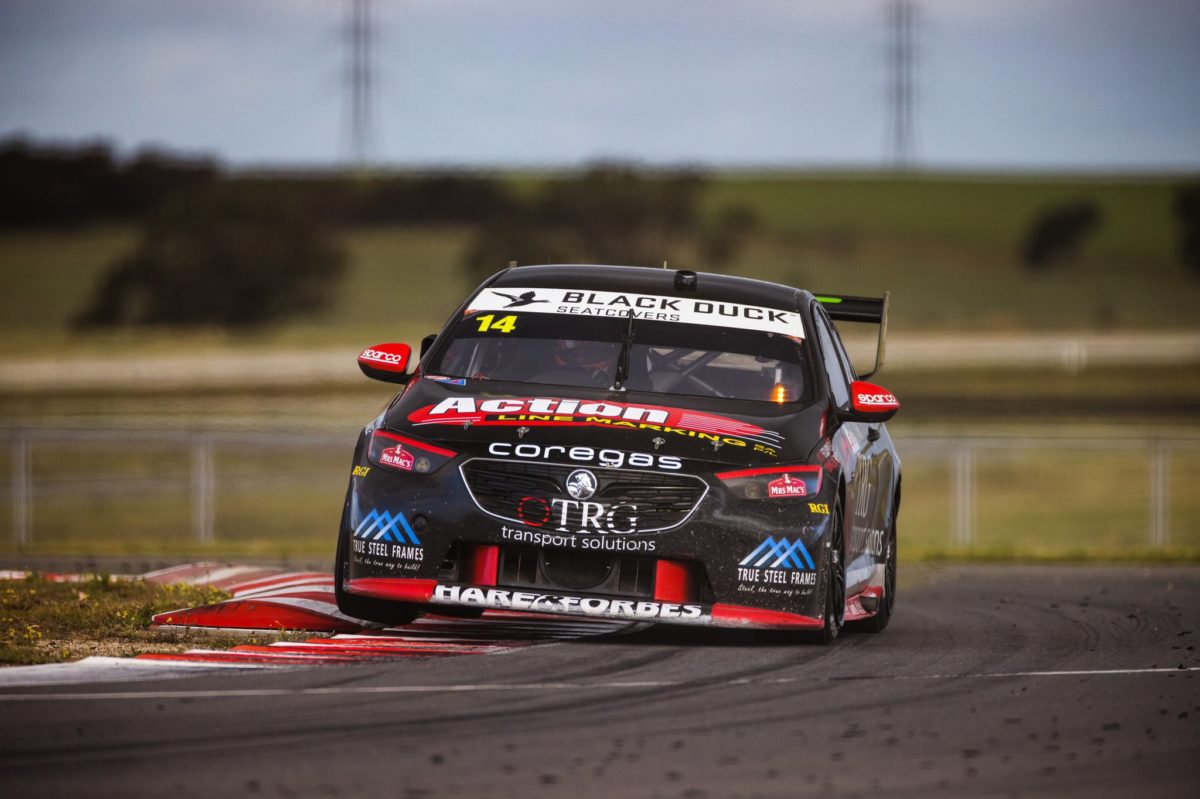 Todd Hazelwood is confident that his Brad Jones Racing machine has strong raw pace even if it was masked by qualifying deep in the field and two in-race incidents.

Hazelwood finished 19th in the OTR SuperSprint The Bend opener but set the fastest second and third sector splits of the 31-lap encounter.

It was due to qualifying 18th before a run-in with Rick Kelly and a spin of his own that Hazelwood did not run higher than 15th in effective terms.

“If you look at the timing, we’ve actually got the fastest middle and last sector of that race, so the car’s definitely got pace,” said Hazelwood.

“That’s what we were frustrated (about) after quali because we thought we should have been further up.

“But, Saturdays aren’t our thing at the moment, so lots to learn, we’ll digest it all tonight, and have a red hot go tomorrow.”

Hazelwood and Kelly made contact when the former attempted a move for 15th down the inside at Turn 6 on Lap 4, causing the latter’s Castrol Mustang to spin.

Officials decided that there was no breach, while the drivers involved differed in their opinions on the incident.

“It’s really awkward there because if you’re out wide and you try and close the door, you come on a really weird angle,” noted the 2017 Super2 Series winner.

“The move was on and Rick tried to close the door and I was already there so there was nothing I could really do.”

The Kelly Racing driver, on the other hand, stated, “I got turned around.

“I sort of left the door open because he was a fair way back and he decided to have a go, which is good – I mean, we want to promote passing in this field – but he just wasn’t far enough up when he hit me.

“(He) hit me in, I think, the right-rear corner and spun me around, but anyway, we were qualified back there (and) that’s what you get.”

Hazelwood was instead “more dirty” about a subsequent rotation of his own at the same corner, when he ended up wide of the race line.

“Just locked an outside left-front and that just pulled me left, off the track, and just got out in the grey stuff, and I had a spin for about 250 metres,” he explained.

“It was the world’s slowest spin but when you’re out in the marbles and young bloke trying too hard, trying to make up lost ground…”

The 25-year-old remains 17th in the championship ahead of Races 29 and 30 tomorrow.

Qualifying for those encounters gets underway from 09:10 local time/09:40 AEST.