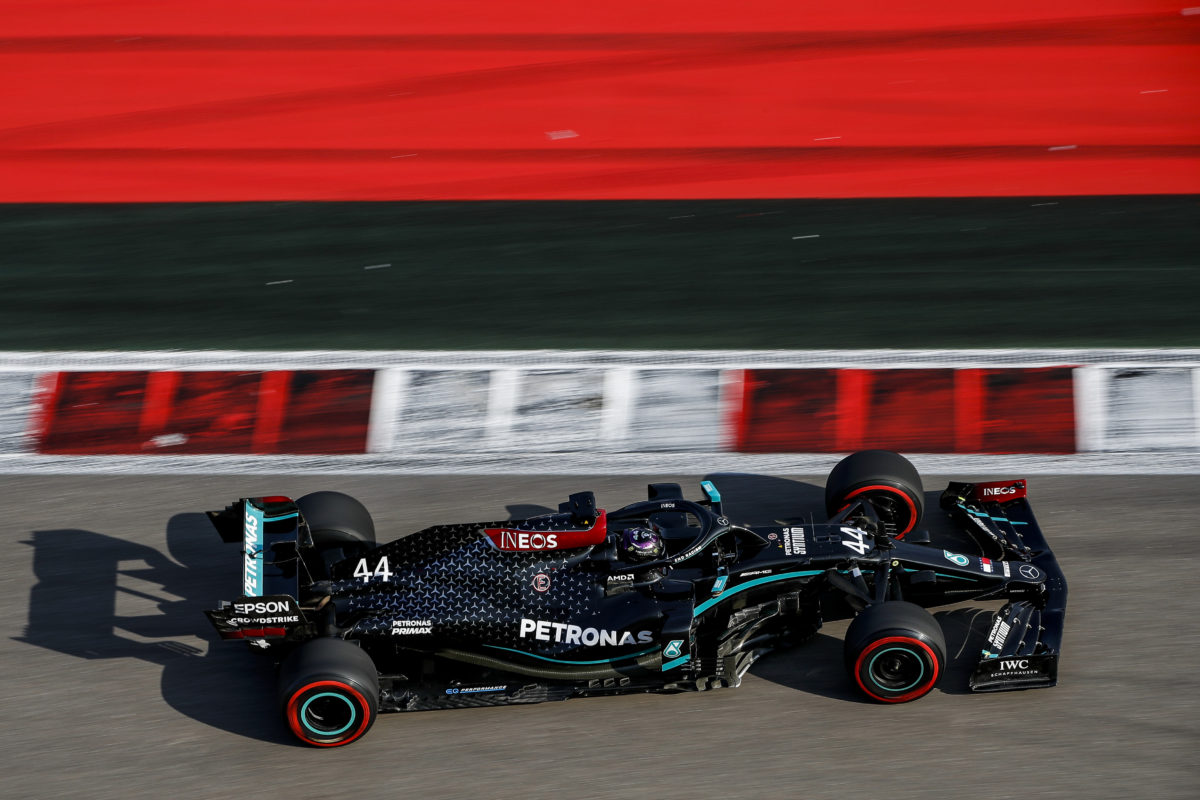 Lewis Hamilton will start from pole position for the Formula 1 Russian Grand Prix after surviving a scare in the closing minutes of Qualifying 2.

The Briton was more than half a second clear of next-best Max Verstappen while Daniel Ricciardo will line up fifth.

Ricciardo had been fastest at the end of Q2, helped by a red flag which compromised Hamilton’s second flying lap.

The Mercedes driver’s first effort had been deleted after he exceeded track limits before a red flag midway around his second left the championship leader without a time.

With little more than two minutes to run in the suspended session it left little time for an out lap to properly prepare his car prior to an all-or-nothing effort.

Rushing on his way out of the pits, Hamilton made a mistake at Turn 2 to slide off the track and crossed the line to start his flyer with little more than a second remaining.

It was good enough for fourth, ensuring his progress to Qualifying 3 but at the expense of a compromised start after Mercedes bolted on a fresh set of soft compound Pirelli tyres to boost this chances of making the cut.

Hamilton’s moment of consternation was caused by Sebastian Vettel clouting the barrier at Turn 4 to draw the red flag.

The Ferrari driver had a moment at Turn 2 as he started his timed lap in the closing minutes of Qualifying 2, before then taking too much kerb at Turn 4.

That resulted in the German being pitched into the barrier, damaging the front end of the Ferrari and scattering debris across the circuit.

Charles Leclerc in the sister Prancing Horse entry was almost caught up in the incident, narrowly avoiding Vettel as he rebounded onto the circuit.

That phase ended with Vettel being joined on the sidelines by George Russell (Williams), Lance Stroll (Racing Point) whose car had issues under the red flag, Daniil Kvyat (AlphaTauri), and Leclerc.

Ricciardo was again quick as Qualifying 3 got underway, the Renault driver setting the fastest provisional time in the opening moments with a 1:32.364s.

He was unable to improve on that with his second flying lap later in the phase, and ultimately fell to fifth behind Hamilton, Verstappen (Red Bull), Bottas, and Sergio Perez (Racing Point).

Hamilton’s lap, a 1:31.304s, moved him comfortably clear of team-mate Bottas, who at that time held second, more than six tenths slower.

The Finn was then bumped to third as last man on track Verstappen banked a time less than a tenth quicker to deny Mercedes a front-row lock out.

At the rear of the grid, Kimi Raikkonen (Alfa Romeo) will start last behind Nicholas Latifi (Williams), Kevin Magnussen (Haas), Antonio Giovinazzi (Alfa Romeo), and Romain Grosjean (Haas) after the quintet found themselves culled after Qualifying 1.