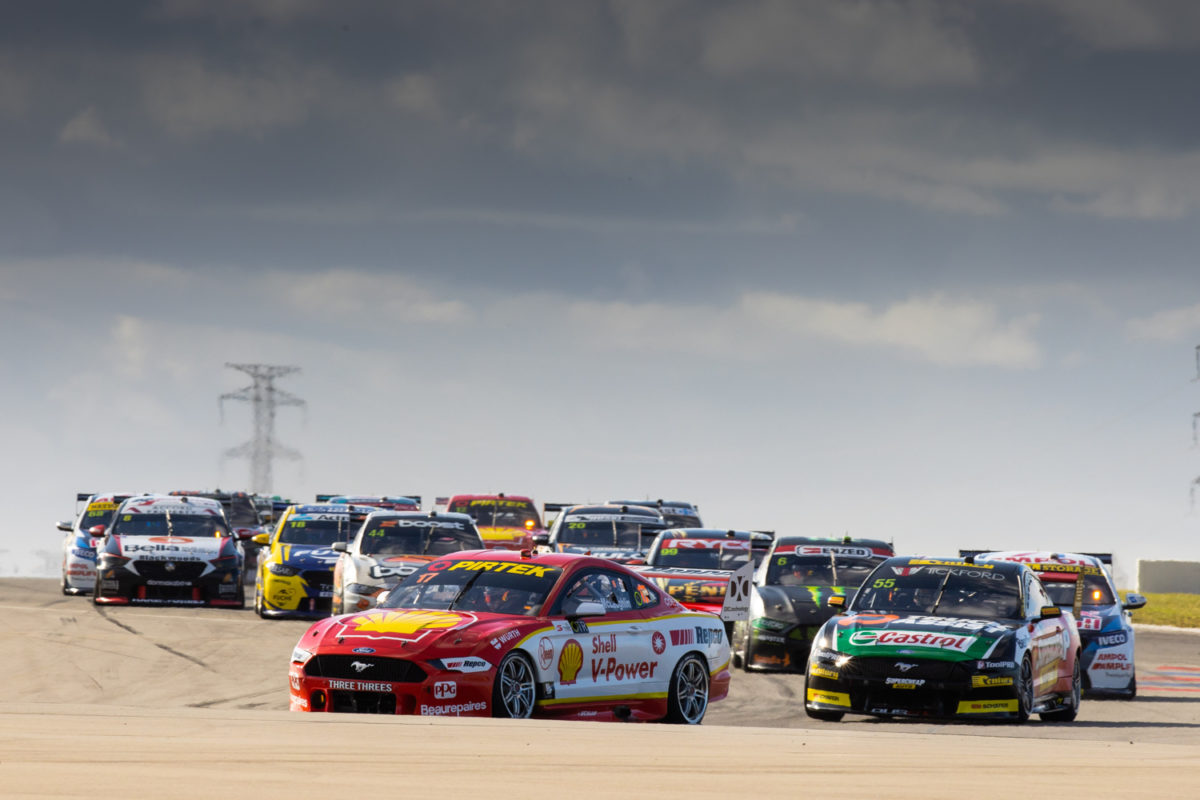 Scott McLaughlin’s win in Race 28 at the OTR SuperSprint The Bend has seen Ford clinch the manufacturers’ championship for a second year in succession.

The blue oval now has 14 victories in 2020, four more than Holden with three races to go, in a contest determined on race wins alone.

McLaughlin accounts for 12 of those, with one each to his Shell V-Power Racing team-mate Fabian Coulthard and to Tickford Racing’s Jack Le Brocq.

Coulthard prevailed in the opening race of the last event, also at The Bend, while Le Brocq notched up a maiden Supercars Championship race win when he drove his Supercheap Auto Mustang to victory in Race 12 at Sydney Motorsport Park.

Those results mean that Ford is now two from two in the Mustang Supercar era, while McLaughlin himself is a strong chance of unofficially claiming a third straight drivers’ championship tomorrow.

The teams’ championship is a closer run thing although DJR Team Penske also holds the upper hand in that battle, by 116 points over the Red Bull Holden Racing Team.

@smclaughlin93 won his 12th race of the season today, wrapping up the @supercars Manufacturer’s Championship for @FordAustralia, @FordPerformance and @FordMustang. Two from Two for the Ponies! Incredible! Great to be a part of it #mustangthemagnificent #vasc