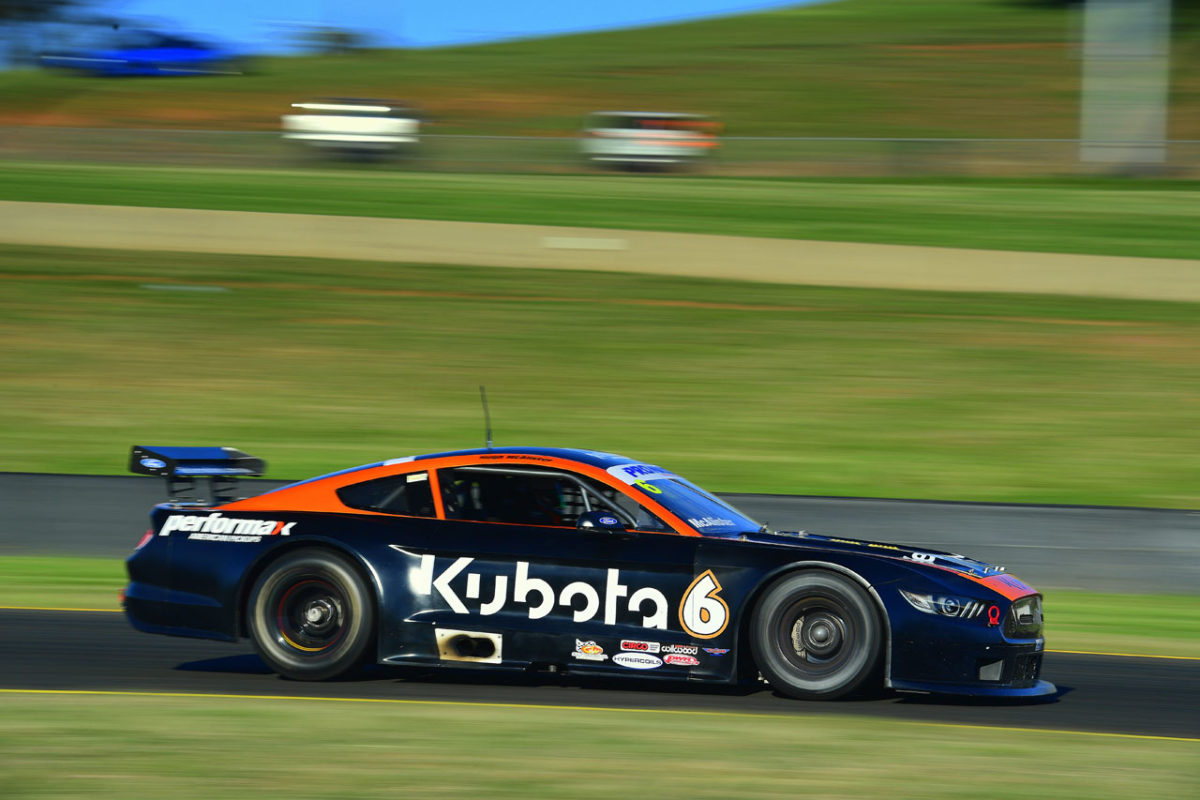 Hugh McAlister qualified his Kubota Racing Mustang on pole position and looked set to take a solid victory in Race 1, but was penalised post-race for jumping the start and relegated to third behind Michael Coulter (who scored his maiden TA2 race victory) and Andrew Fisher.

McAlister fought back to win Race 2 ahead of debutant Zac Loscialpo with Fisher again in third. 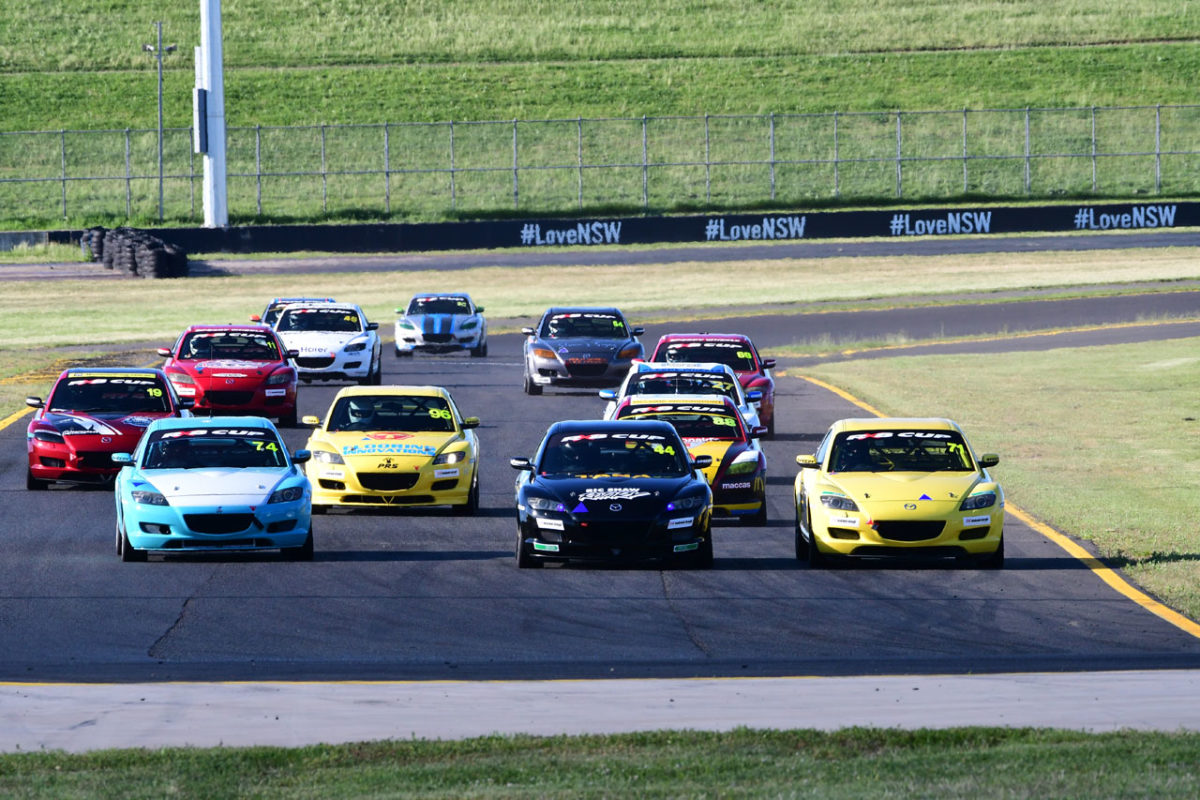 Justin Barnes continued the momentum from his maiden win in the previous RX8 Cup round with a pair of race victories.

Brad Harris was second in Race 1 but retired from Race 2 with a fuel issue, enabling Shannon McLaine to finish second ahead of former Improved Production and Super3 racer Steve Devjak. 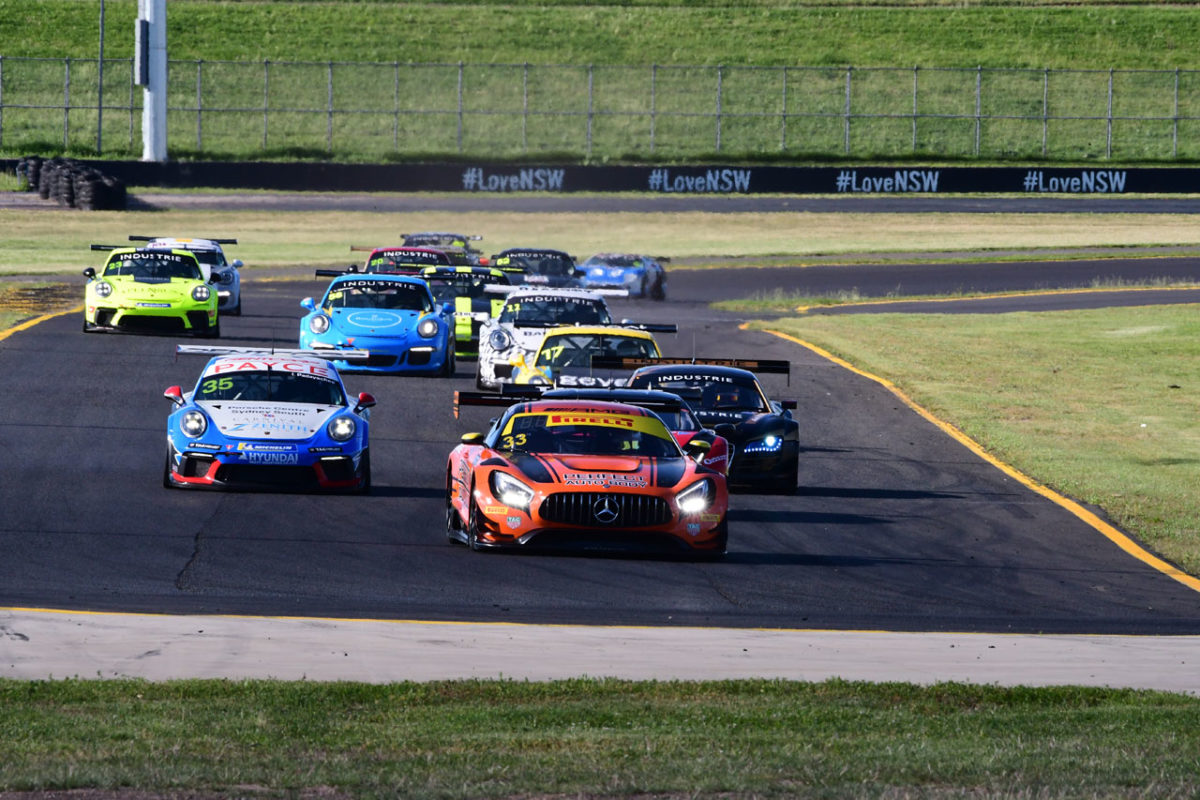 Ben Porter (driving Andrew Macpherson’s Lamborghini Hurracan) won the Driver B sprint after passing Muriti in the early stages; Barton Mawer was second in Kelly’s Audi ahead of Muriti.

The Class A (Porsche GT3) wins were taken out by Paul Bassett (Race A) and Geoff Morgan (Race B) while Adrian Wilson (BMW M4) and Steve Wan (Lotus Exige) shared the Class B spoils. In the Driver A race, David Krusza (BMW 135i) was second ahead of Alex Bryden (Mercedes A45 AMG) while Ryan Godfrey claimed the runner-up spot in the Driver B race ahead of Super2 driver Jayden Ojeda, driving a BMW M4. 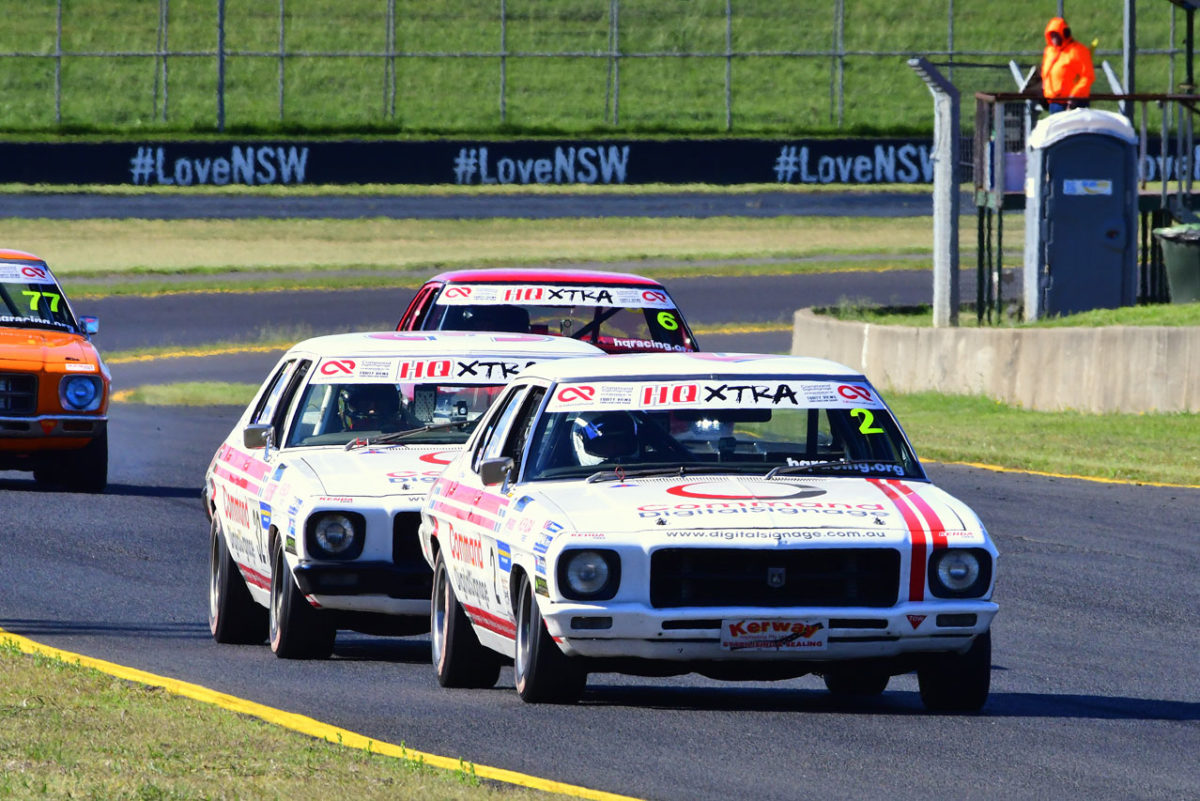 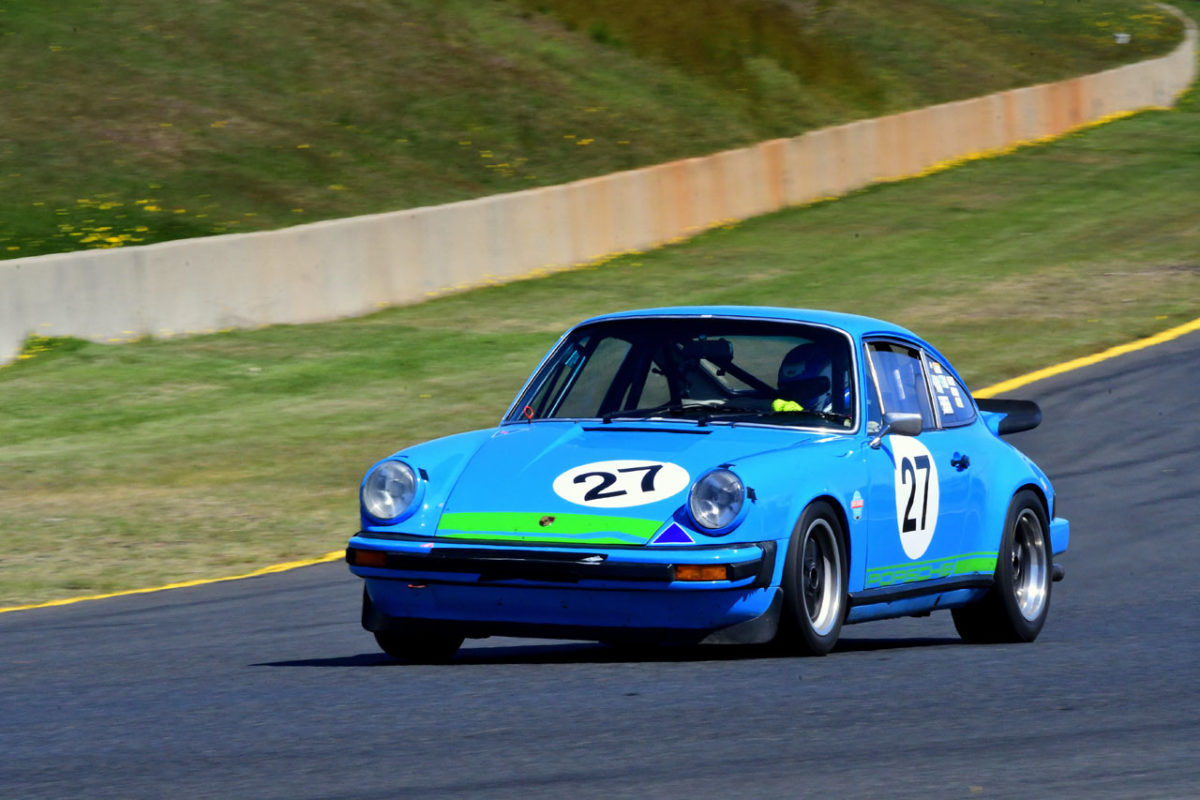 Among the smaller-capacity vehicles, Simon Meyer chalked up a pair of top-five finishes in his MG Midget, but his brother Damien was a retirement with mechanical problems in Race 1.