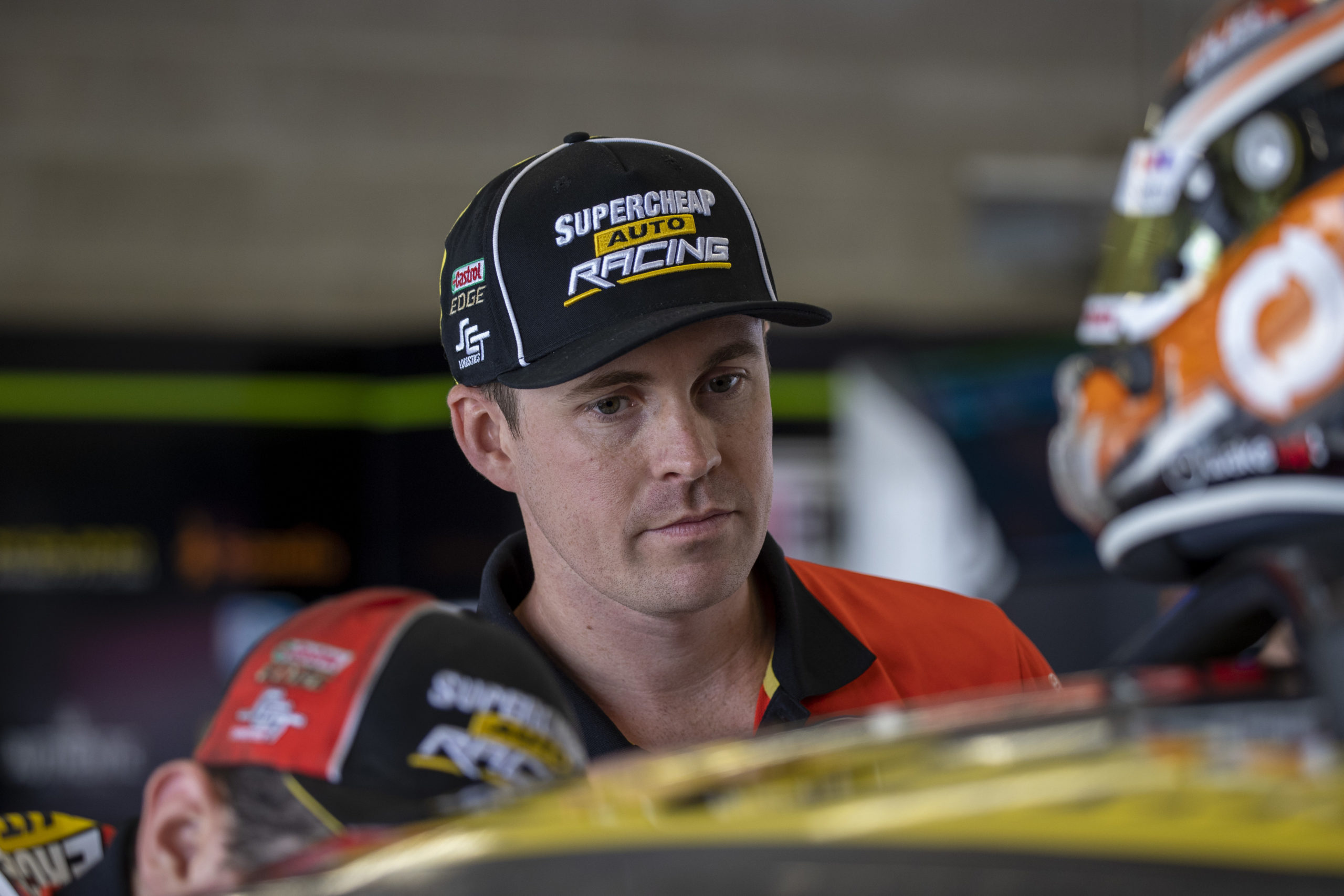 The Supercheap Auto Racing driver started fourth and finished fourth, but was as high as second place in the shortened 31-lap race.

The 28-year-old made a strong start from the second row, passing third place starter Shane van Gisbergen and front row starter Cameron Waters to move into second by Turn 1.

Le Brocq held station until his compulsory pit stop on Lap 5, which race leader Scott McLaughlin responded to a lap later by pitting.

An undercut attempt by Le Brocq ultimately didn’t pay dividends. Instead, he found himself under pressure from team-mate Waters as an airbox fire slowed him out of Turn 6.

On Lap 16, Le Brocq ceded position to Waters. While the Tickford pair battled for position, van Gisbergen was able to run long and usurp Le Brocq in the pit stop sequence to move up to second.

Despite missing out on a possible third podium finish this season, Le Brocq was buoyed by his performance.

“We had an awesome start there, running in P2, it was quite good,” said Le Brocq.

“We came in early and tried to do that. It was alright, it was good, the Supercheap ’Stang was on fire today.

“We struggled out of Turn 6, we had a few airbox fires and that sort of rattled me a bit in the middle part of the race there – still stoked. Over the moon.”

Le Brocq conceded he needed to work on not getting distracted by issues like the airbox fire drama.

Asked whether he could have held off Waters if not for the issue, Le Brocq said, “It’s hard to say, you never know.

“Just for shits and giggles, we’ll say ‘yeah’. Bit of banter, but I don’t know.

“Who knows? I probably need to focus on trying to regroup a little bit more with stuff like that going on; that’s something I’ll work on.

“Still, a solid result, and I can’t thank the guys enough.”

Le Brocq in fourth was the second best of the Tickford Racing quartet just behind Waters who claimed the final place on the podium.

James Courtney was next in the Tickford Racing line-up with a seventh place finish while Lee Holdsworth finished 13th.