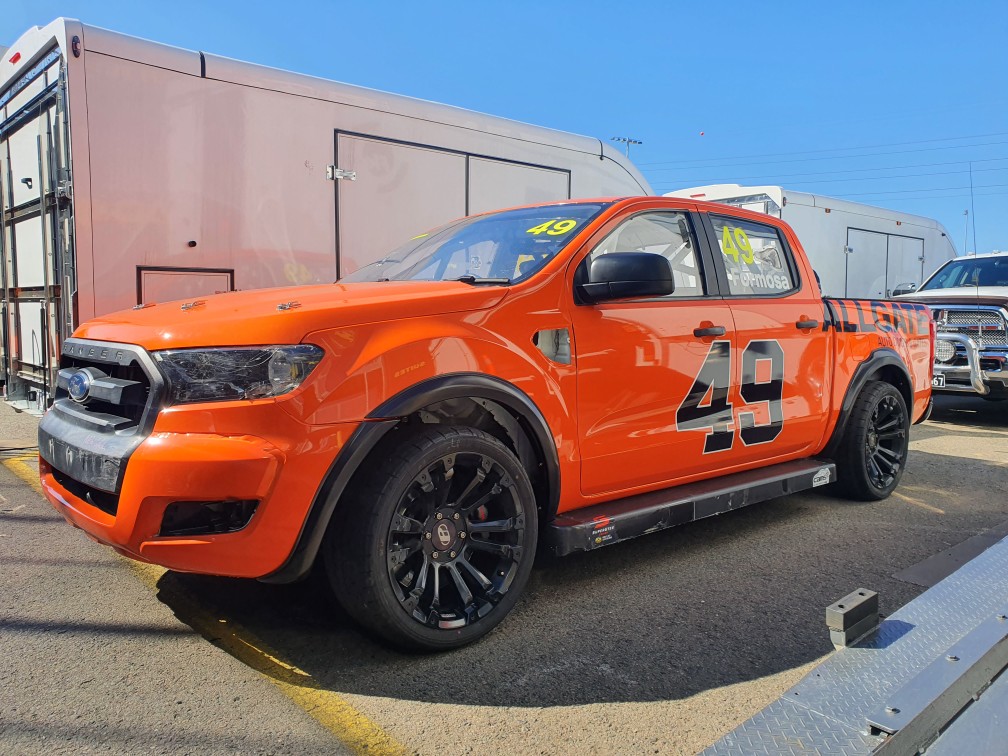 A SuperUte fitted with the category’s LS3 V8 engine could make its first race start at Sydney Motorsport Park this weekend.

Allgate Racing, which fielded up to two Rangers in the first two years of SuperUtes, has completed installation of the V8 in one of those Fords, which Christopher Formosa will drive at ‘Eastern Creek’ today.

Should the running prove successful, Formosa will cut more laps during races in this weekend’s Australian Motor Racing Series meeting at the Western Sydney circuit, in either the RX8 or Production Touring Cars fields.

“We managed to work on the SuperUte (during the COVID-19 break) so we got it on the dyno the other day and got it up to 400 horsepower at the rears,” he told Speedcafe.com.

“This is the first real track day. If it goes well today, we might run it throughout the weekend as well.

“It probably won’t be ‘racing’ anything; it’ll run at the back. Whatever I’m on the back of, I’m going to let them go for it and get a bit of space and have some fun with it and see what it can do, but it all comes down to how it goes today.”

Aside from the powerplant and related installations, the Ranger is largely unchanged from the form in which it took to the track in the 2019 season finale in Newcastle.

Today’s running, and potentially that of tomorrow and Sunday, will help determine what other work may need to be carried out.

Formosa noted, however, that jettisoning the diesel for the V8 will reduce the ute’s centre of gravity.

“It’s in the spec of how everything finished last year, the set-up and everything, so obviously there’s still work to do, but we’ve put in the LS3 and set her up,” he explained.

“It’s the first car, it’s the starting base, and it can change from there but as far as the motor goes, this will be the motor that we’ll be using.

“Depending on how it goes, they might dull the motor down if it’s too powerful, or they might be able to go, ‘We can get more out of it,’ but it all comes down to how it handles on the track and everything.

“We’ll know by the end of today what it’s like, but it’s all quite new to us.

“At the moment, it’s still running the same gearbox and same diff; not much has really changed with it. That’s something that I think they’re looking at.

“They might not change the gearbox or anything but I’m sure they’re going to be looking at changing the tyre profiles and seeing what they can do in that department.

“The weight distribution’s a lot different because this LS3’s a lot lighter than what the big diesel motor was and because it’s so much smaller, it sits a lot lower.

“(That) obviously would help with the centre of gravity and those rollovers we’ve had in the past. We’ll see how we go with that.”

A change from turbo diesels to a spec V8 was decided last October, before SuperUtes was put on hiatus for 2020.

While an unfavourable economic climate and tight timeframes to arrange drives is understood to have played a part, it was also decided that successful development of the V8 spec was paramount given the reception received by the diesel era in some quarters. 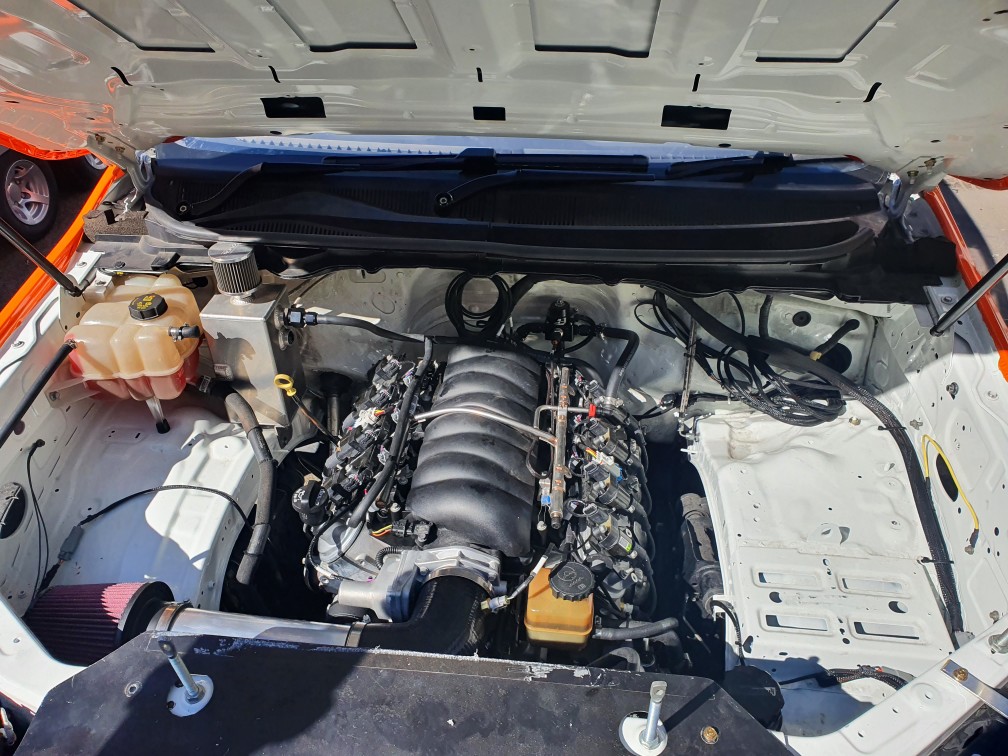