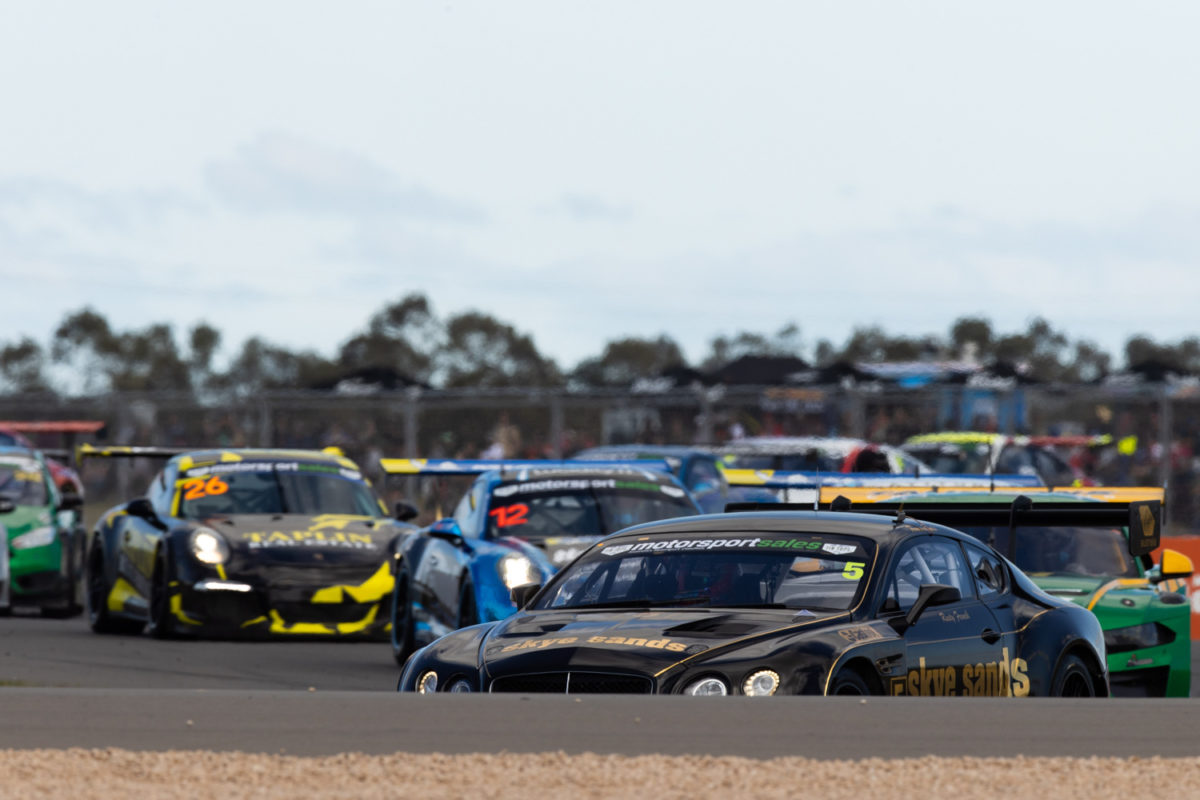 More than 90 expressions of interest have been submitted to organisers of the Aussie Tin Tops category ahead of its appearance at the Supercheap Auto Bathurst 1000.

The category was last weekend announced as one of the support classes for the Great Race in what will be its third appearance on the Supercars undercard this season.

It was initially put together by Nathan Cayzar and Paul Morris ahead of the first Townsville event in late August, and subsequently appeared at The Bend last weekend.

Over the course of that event it was revealed the mixed class category will head to Bathurst, prompting strong interest from prospective competitors.

“There’s still some people in there that are Queensland-based that might have to fall off, but yeah, at the moment, we’ve got to start culling from 93,” Cayzar told Speedcafe.com.

“It is extraordinary, and it’s a very good mix of car.

“It’s anything from GT4, GT3, to TA2, to Carrera Cup to Porsche Challenge, to sports sedans, improved production.

“There’s a massive good range of cars, and then you’ve got MARC cars as well, so it’s a pretty impressive field.”

Grid density for the category has been set at 54, leaving organisers the unenviable task of trimming almost 40 competitors from those who’ve registered an interest.

“Unfortunately, we’re not going to be able to fit everyone in and we’d love to,” Cayzar admitted.

“The whole reason behind why we did Tin Tops, between Paul and myself, was to let people go racing.

“It kind of leaves a little bit of a horrible thought that we’re going to have to tell some people, ‘Sorry, we can’t help out with this event’.”

Expressions of interest have come from across the country, with a raft of Queenslanders and South Australians all hoping to gain a berth for the event.

Interest from SA in particular has been piqued courtesy of eased border restrictions with New South Wales.

Previously, those who attended would have had to quarantine for two weeks upon return.

As of Thursday night, that is no longer the case and competitors are now able to freely travel via the two states.

“From South Australia we would have had between 15 to 20 entries come through,” Cayzar said.

“There was probably four prior to, or during, the weekend of Tailem Bend.

“Once Premier Marshall announced the border, they came flooding from there, which has been great.

“Fingers crossed we can have a similar outcome with Queensland, (so) that those people out there that have supported Tin Tops at Townsville and at Tailem Bend, that will need to go through the process, but hopefully some of those guys get to be a part of it as well.”

The on track action will start on the Thursday of the Bathurst 1000 with a 20 minute practice session.

That will feed into a second session on Friday which precedes qualifying.

Saturday will see two 25 minute races before the finale race of the weekend will be held on the morning of the Great Race itself.

“The track time’s fantastic. I can’t thank Supercars enough; Paul Martin, Shane Howard for what they’ve done to let us do this.

“They’ve given us great track time, which entices more people to come too.

“It’s not what we wanted to be having to tell people they can’t race, but I think the most important thing is that we can put together a group of cars that people are going to be interested in, that looks good on TV, and the people that are there get a great opportunity to race at the greatest racetrack in the world and that’s Bathurst.”