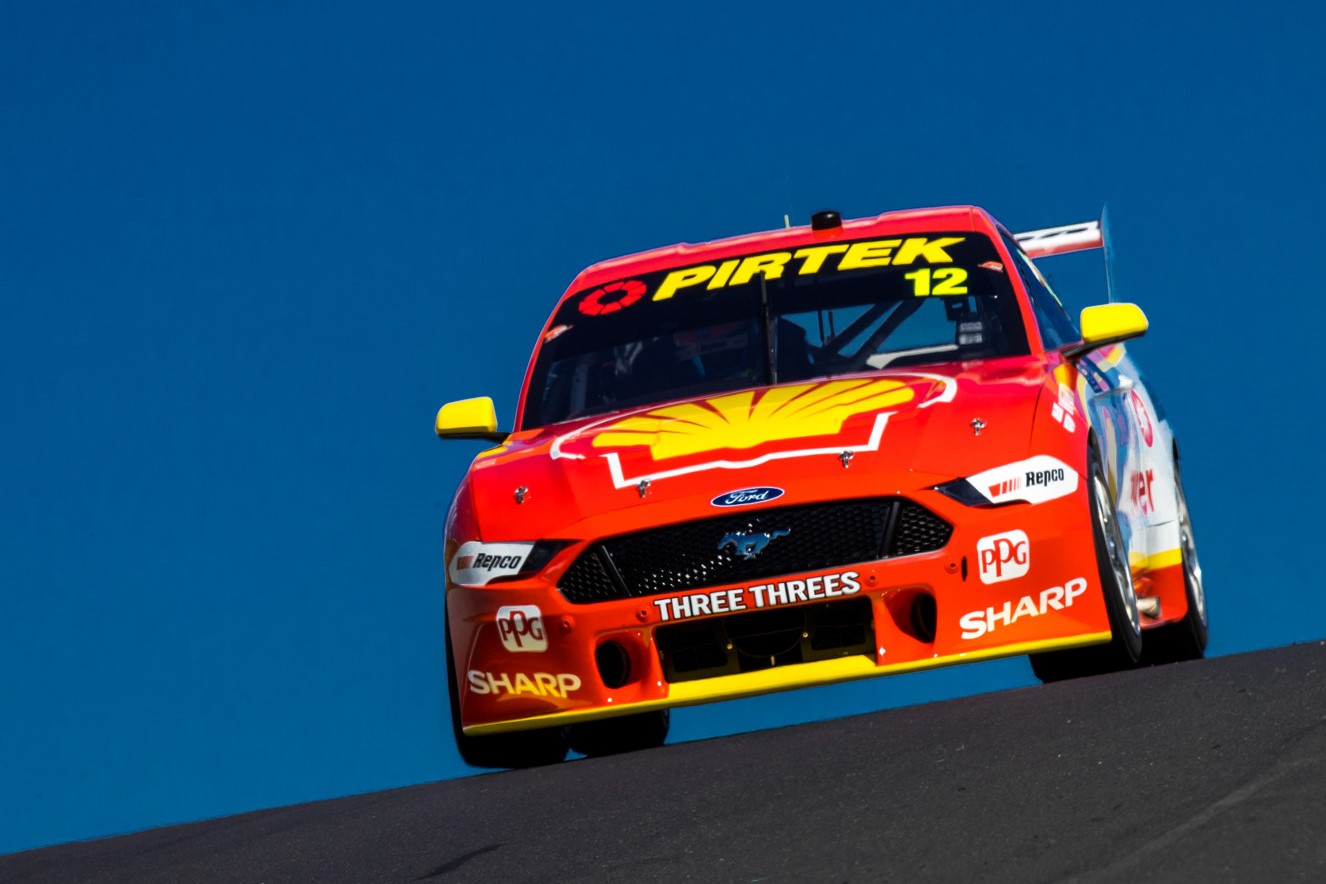 The futures of Coulthard and team-mate Scott McLaughlin is firmly up in the air with neither confirmed to race with DJR Team Penske in 2021.

McLaughlin has been tipped to make a full-time move to the IndyCar Series with Team Penske in 2021. Coulthard, meanwhile, is keen to keep his place in the DJR Team Penske fold.

Even before the coronavirus pandemic struck, Penske was rumoured to be looking at pulling out of the Virgin Australia Supercars Championship.

Team Penske recently ended its association with Acura in the IMSA SportsCar Championship and has told its four drivers from that program not to wait up with no plans to field cars in 2021 presently.

Team Penske currently operates an IndyCar Series team and NASCAR Cup Series team out of its Charlotte base in North Carolina alongside its IMSA program.

Speaking on The Loud Pedal podcast, Coulthard said he has “no idea” what his Supercars future looks like as he awaits a decision from the team.

“Obviously we’re waiting for a decision to be made in America and what’s going to happen, transpire for the future,” said Coulthard.

“So I won’t know until after Bathurst. All that I can do is the best I can, focus on what I can control, and we’ll worry about the rest later. I think it does for everybody.

“Do I want to stay with the team? Absolutely. I have no intentions of going elsewhere. I’m obviously continuing life and racing as if the team is going to carry on and I’m being part of it.

“Obviously my sole focus is to stay where I am and until that decision is made then I don’t know what my future is.

“I guess it’s just a little bit (of) wait and see. See what pans out, see what decisions get made, and then we go from there.

“Obviously, like I say, my focus is to remain at this team at Shell V-Power Racing. But yeah, it’s a little bit of an unknown.”

Coulthard said “some numbers” regarding the timing of a decision were “thrown around” by the team before Supercars raced in Townsville.

The 38-year-old said he worked the timing to be some time after this year’s Bathurst 1000.

“It could be sooner,” said Coulthard.

“But I think the whole thing with COVID and stuff like that, Roger and everyone at Penske have a race team here in Australia, and with the current circumstances with them not really having the ability to come and see the race team; is it a logical thing for them?

“It’s been a great thing for Roger to promote his businesses here in Australia and New Zealand. Hopefully that can continue.”

Coulthard said he hasn’t been home long enough to discuss the team’s future with the likes of Team Principal Ryan Story, who has stayed in Queensland throughout the resumption of the Supercars season.

The only silver lining if the team does decide to pull out and he is left without a drive is that he has the benefit of time to secure a seat for 2021.

“I guess the only positive (is) if it was to go a way that I didn’t want (it) to go, then we are finished sort of early October whereas we’d normally be the first or second (to) last weekend of November or early December.

“Yeah, who knows what will happen? Obviously, my primary focus is to remain at this team, but time will tell.”