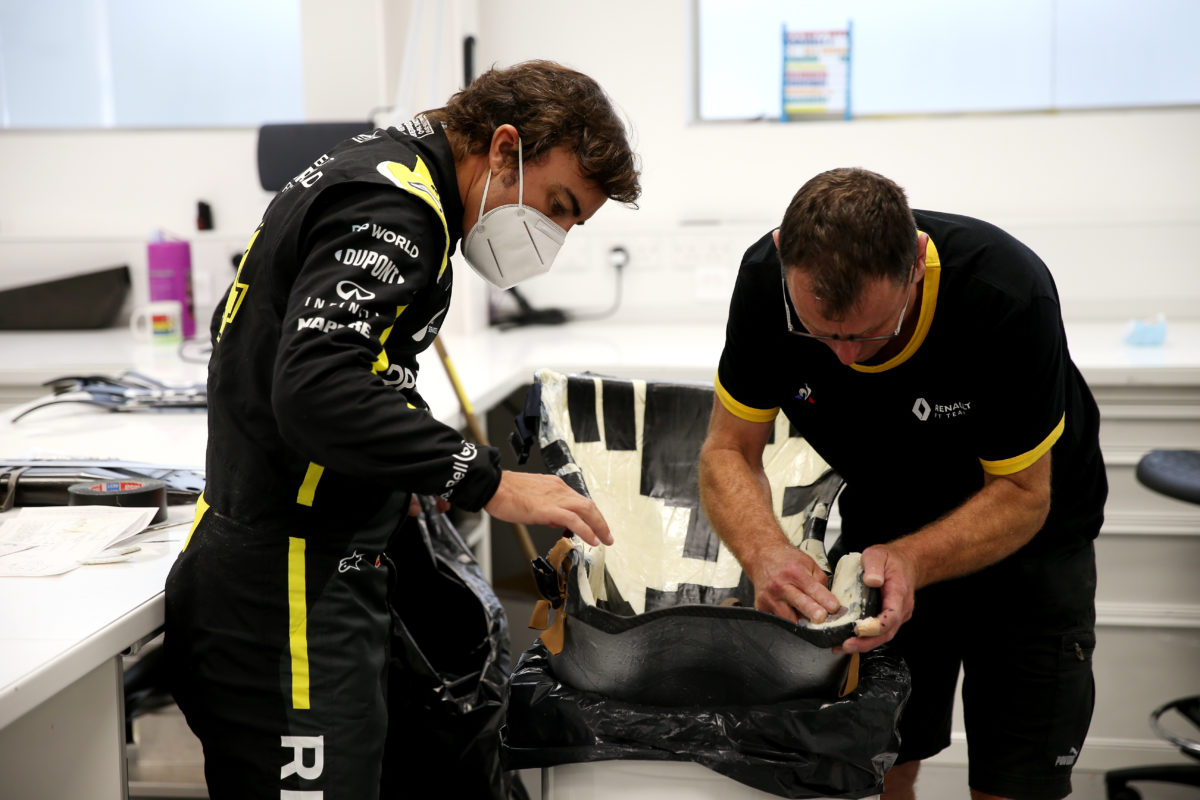 Fernando Alonso has had a seat fitting at the Renault Formula 1 Team’s base ahead of rejoining the operation in 2021.

The Spaniard was as Daniel Ricciardo’s replacement in July after the Australian opted to move to McLaren.

It marks his third stint with the squad, having won his two world titles (2005 and 2006) with the Anglo-French team before a two-year stay (2008 and 2009) between stints at McLaren and Ferrari.

He spent three days at the team’s Enstone factory this week as part of preparations for his F1 return next season.

“Being back at Enstone was a very good experience, they were very emotional days,” commented Alonso.

“A lot of things have changed; the simulator is new, the wind tunnel has been updated, but a few things are the same: there are the same offices, the gym that I used to visit a lot.

“It was a like a first day at school, with lots of things to learn and get through, but it was very productive.

“I’ve followed a programme in the simulator, getting used to the car a little, testing the facilities – last time I was here the simulator didn’t exist.

“Then I had a seat fit and meetings with key people to understand the programme for next year.

“It was really just getting up to speed.”

Alonso last raced in F1 at the end of 2018, and has since campaigned in the World Endurance Championship, Dakar Rally, and an outings at the Indianapolis 500 (failing to qualify in 2019).

As the 2020 season unwinds, the Spaniard will join Renault at various points to begin integrating himself into the squad.

“I think the team is in good shape for the future,” he said.

“The last few races were encouraging for everyone, for myself too.

“To see Renault back in a competitive manner is a good thing for the sport and I’ve been delighted to see the improvements.

“We’ve still got a long way to go and the midfield is very tight but I think the guys have done an amazing job trackside.

“The last couple of races were very exciting to watch and I am looking forward to being back in the mix.

“I’ll now follow what the team needs from my side – some sim days, helping some weekends and being available for the team for anything they need.”

Team boss, Cyril Abiteboul, added: “It’s been great to see Fernando back at the team in person.

“He’s hugely motivated to have the best start possible. He wants to be very involved in the preparations.

“Spending three days at Enstone and Viry gave both sides the opportunity to restart those links and set the foundations at a very early stage, which will be critical to hit the ground running in 2021, a key year in our progress as a team.”

Formula 1 returns after a week off with practice for the Russian Grand Prix from 18:00 AEST this evening.