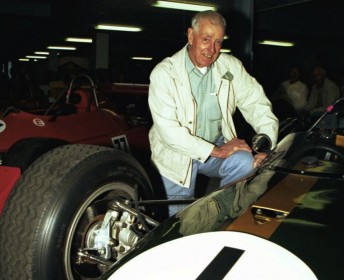 The life and career of Ron Tauranac are today being celebrated in a memorial service at Sydney Motorsport Park.

His career also saw the founding of Ralt, a wildly successful customer racing car company that came to dominate the junior formulae in the 1970s and 80s.

In 2002 Tauranac was awarded the Order of Australia, and inducted into the Motorsport Australia Hall of Fame in 2017 for his contribution to design and engineering.

He passed away at the age of 95 on July 17, with a small funeral service held shortly after.

Considerations surrounding COVID-19 have meant that a public celebration can only now take place.

The service is scheduled to begins at 10:30 AEST and can be watched online HERE.