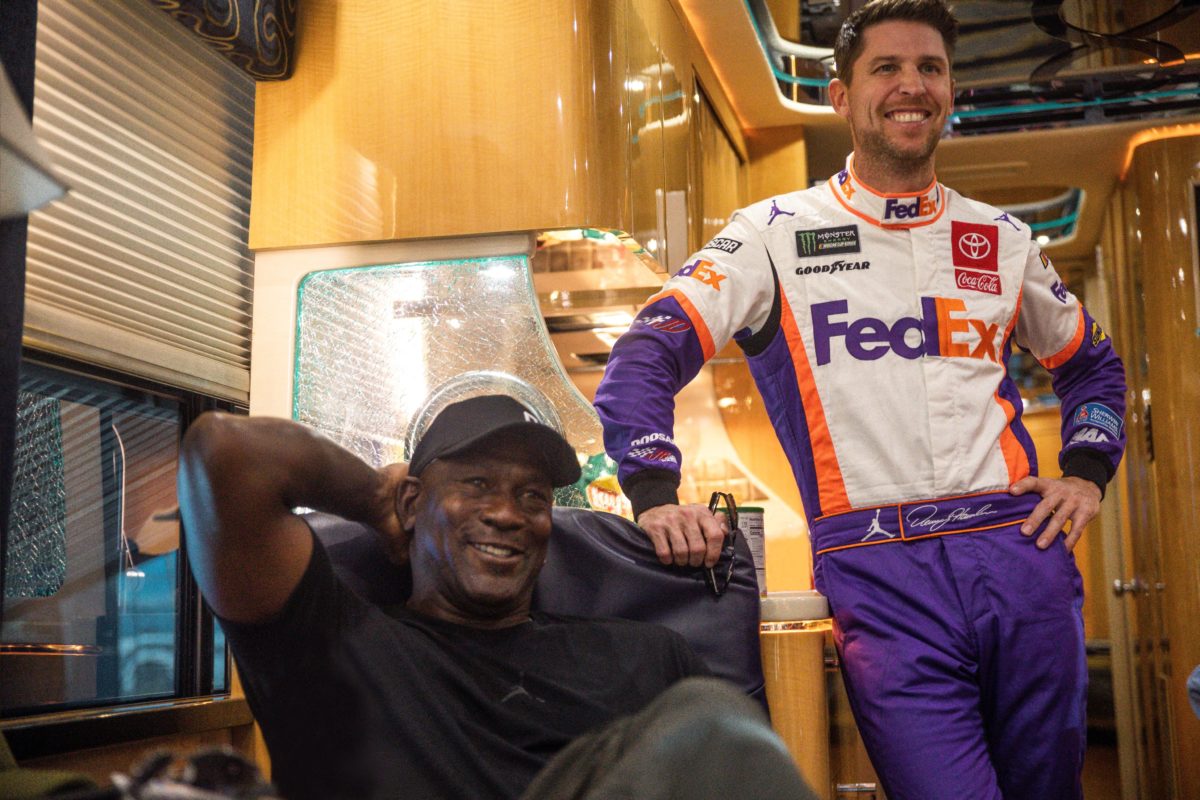 Bubba Wallace will next year drive for an all-new NASCAR team owned by Denny Hamlin and basketball legend Michael Jordan.

Hamlin and Jordan have agreed to purchase a NASCAR Cup Series charter with the jobless Wallace to pilot the entry.

The sport’s only black driver, Wallace announced earlier this month that he would not continue with Richard Petty Motorsports beyond 2020.

“Growing up in North Carolina, my parents would take my brothers, sisters and me to races, and I’ve been a NASCAR fan my whole life,” said Jordan.

“The opportunity to own my own racing team in partnership with my friend, Denny Hamlin, and to have Bubba Wallace driving for us, is very exciting for me.

“Historically, NASCAR has struggled with diversity and there have been few Black owners.

“The timing seemed perfect as NASCAR is evolving and embracing social change more and more.

“In addition to the recent commitment and donations I have made to combat systemic racism, I see this as a chance to educate a new audience and open more opportunities for Black people in racing.”

The new team has come about after Jordan and Hamlin acquired the charter from Germain Racing, with its name, number, and manufacturer allegiance yet to be confirmed.

Hamlin currently drives the #11 for Joe Gibbs Racing, and is set to continue in that drive next season.

He has chalked up six race wins so far in 2020 and is considered one of the favourites for this year’s championship.

“Bubba has shown tremendous improvement since joining the Cup Series and we believe he’s ready to take his career to a higher level,” Hamlin posted on social media.

“He deserves the opportunity to compete for race wins and our team will make sure he has the resources to do just that.

“Off the track, Bubba has been a loud voice for change in our sport and our country.

“MJ and I support him fully in those efforts and stand beside him.”

Wallace added: “This is a unique, once-in-a-lifetime opportunity that I believe is a great fit for me at this point in my career.

“Both Michael and Denny are great competitors and are focused on building the best team they possibly can to go out and compete for race wins.

“I’m grateful and humbled that Michael and Denny believe in me and I’m super pumped to begin this adventure with them.”

NASCAR has confirmed that a current driver is allowed to own part or all of another team.