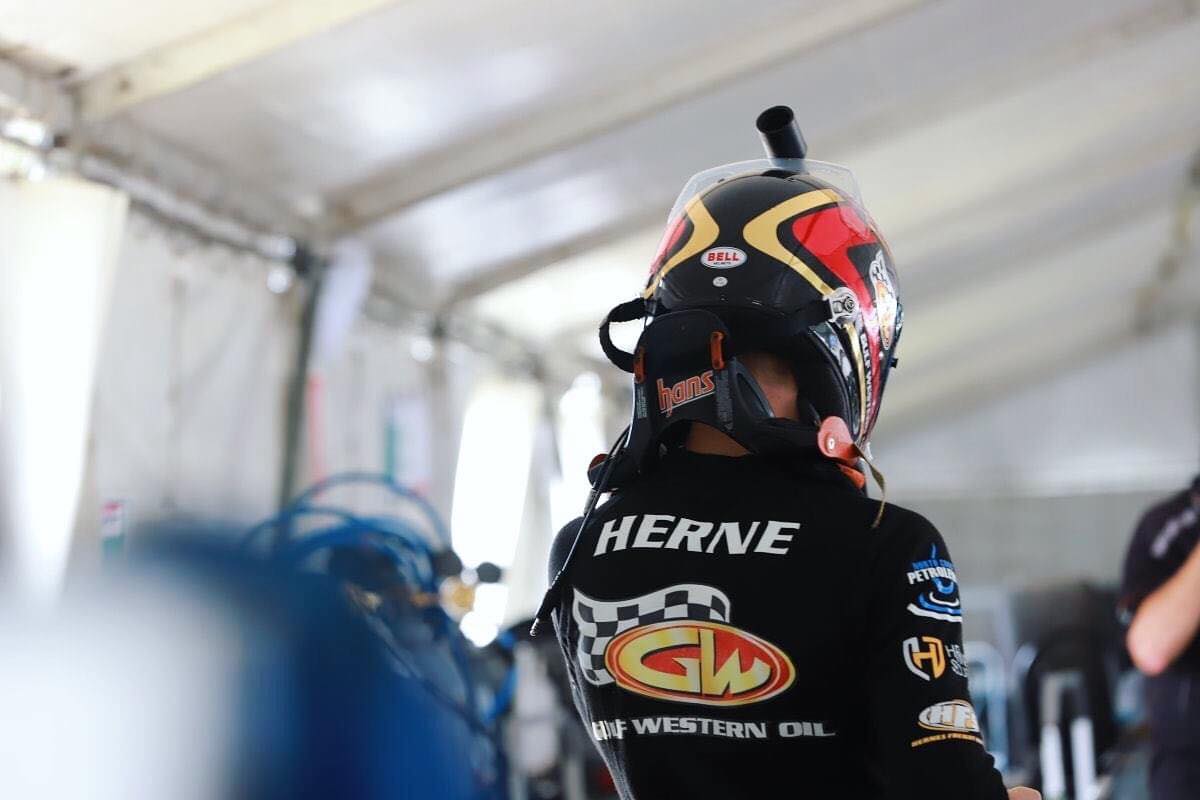 Motorsport Australia yesterday announced that it had denied Nathan Herne’s application for a Superlicence.

Herne had been named alongside Tyler Everingham as part of a Garry Rogers Motorsport-entered wildcard for this year’s Supercheap Auto Bathurst 1000.

A Superlicence is a pre-requisite for drivers to compete in the Supercars Championship, and while there are exemptions that have been handed out it is ultimately Motorsport Australia’s job to be the gatekeeper.

Ruling on such matters is an unenviable job and, no matter the decision it had taken in this instance, it would have faced a barrage of criticism.

While Everingham does qualify for a Superlicence, by denying Herne’s application, Motorsport Australia has been seen to stand in the way of two youngsters making their Bathurst 1000 debuts.

It also appears to have scuttled GRM’s Supercars cameo.

However, had the application been approved, it would have been open to ridicule and potentially even blowback from others who’ve previously been denied.

There are also potential legal ramifications that could have come from such a decision.

In an effort to understand the call Motorsport Australia made, it’s important to consider both sides of that argument, as well as the specifics of Herne’s career to date.

It should be clear, we are in no way criticising Herne; at just 17-years-old, the Lismore driver has a bright career ahead of him.

Fundamentally, the denial of his Superlicence application is a result of his youth and therefore inexperience.

There is no reason to suggest that in future he could not apply and gain a Superlicence, but that is something only time will be able to tell us.

For the moment, let’s look at the facts of this instance and likely rationale behind Motorsport Australia’s decision.

Firstly, in order to qualify for a Superlicence, at least one of four criteria need to be met.

Most simply, a driver can accrue 13 points over a five-year period from a matrix of Motorsport Australia endorsed categories.

These include state level Formula Ford, Super2, TCR Australia, Touring Car Masters, Australian GT and a raft of others.

It does not include non-Motorsport Australia endorsed competitions such as the TA2 series Herne has been competing in.

Motorsport Australia has little to no visibility of it and therefore couldn’t consider it as part of the application.

Another route to a Superlicence is to hold an FIA Gold driver ranking, as that automatically qualifies a driver for a licence.

Similarly, any driver who has competed in three Supercars rounds in the previous five years also qualifies for an automatic licence.

In Herne’s case, he has a total of 10 points towards his Superlicence earned through victory in both the Victorian and New South Wales Formula Ford Championships in 2018.

Without an FIA Gold ranking or previous Supercars experience, he was always going to need an exemption.

That is not unheard of, and a number of drivers have had exemptions granted previously.

Alex Rullo was granted an exemption when he made his debut with Lucas Dumbrell Motorsport in 2017.

At the time he was just 16 years old, below the minimum age of 17, and only had six points towards a Superlicence.

They came courtesy of being runner-up in the V8 Touring Car series in 2015, and a single point through the Super2 Series the following year.

The West Australian youngster was initially given a provisional licence, reviewed after each event.

Another driver who gained an exemption was Simona De Silvestro, who had to cough up $500 for a licence that is free to Australians.

Conversely, Matt Chahda had his main game debut blocked in 2017 – coincidentally the same year as the Superlicence system was introduced. Ironically, that would have made him and Rullo team-mates at LDM that season.

It’s interesting to place Herne alongside Broc Feeney, who is understood to have had his exemption granted and is therefore allowed to partner Tickford Racing’s James Courtney at the Bathurst 1000.

While Herne has 10 points courtesy of two state level Formula Ford titles, Feeney has just nine points to his name, and two of those came in karting. The other seven are the result of winning the 2019 Super3 Series.

This year he has competed in the Dunlop Super2 Series, and qualified on the front row alongside Thomas Randle for both races in the most recent round at Sydney Motorsport Park.

His racing career has largely taken place in front of Motorsport Australia, allowing far easier review of his abilities.

By comparison, Herne’s racing has been less visible, while his experience in a Supercar has been limited to a test day with Brad Jones Racing in 2018 and a handful of laps as part of the now-disgraced Aussie Driver Search competition.

Another key consideration is the event in question, as alluded to in Motorsport Australia’s statement.

The Bathurst 1000, as we all know, takes place on the daunting Mount Panorama circuit, one of the most challenging and high-risk circuits anywhere in the world.

Its fame has come about because of the challenge it presents, luring and often punishing some of the most credentialed drivers in the world.

That is a monumental ask of a young driver, least of all one making his debut in a Supercar with close to no previous experience.

Had it been Queensland Raceway or The Bend, circuits where the risk factor is far lower, perhaps a different outcome might have been forthcoming.

In its role governing motorsport in this country, Motorsport Australia has an obligation to all competitors and officials to ensure safety, and the presence of an inexperienced driver on a high-risk circuit is therefore a contradiction.

That is not to say Herne in particular, or young drivers in general, have no place on the Supercars grid, or that they should be denied the opportunity to gain that experience.

Instead, it would appear that Motorsport Australia has decided that the risks involved cross that line in the sand between what is acceptable and what is not, in this instance.

The dangers of the sport are all too well documented and bodies such as Motorsport Australia have worked tirelessly over the decades to mitigate many of those.

The introduction of the Superlicence was simply another step along that road, and casting that aside at this point would leave Motorsport Australia open to ridicule at best and, at worst, litigation.

Difficult as it is the imagine, what would happen in the worst case scenario? It could face serious questions from competitors and potentially other bodies such as the coroner. It could face charges of industrial manslaughter.

That is absolutely the extreme end of the spectrum, verging into the realms of the ridiculous, but they are the very real risks which must therefore form part of the decision making process.

For all his promise and potential, Herne has been denied a Superlicence as much to protect Motorpsort Australia as himself.

That does not mean he’ll never race in the Bathurst 1000, just not this year.

More time behind the wheel, under the gaze of Motorsport Australia officials, and the exemption that was denied this year could, under different circumstances, be approved.