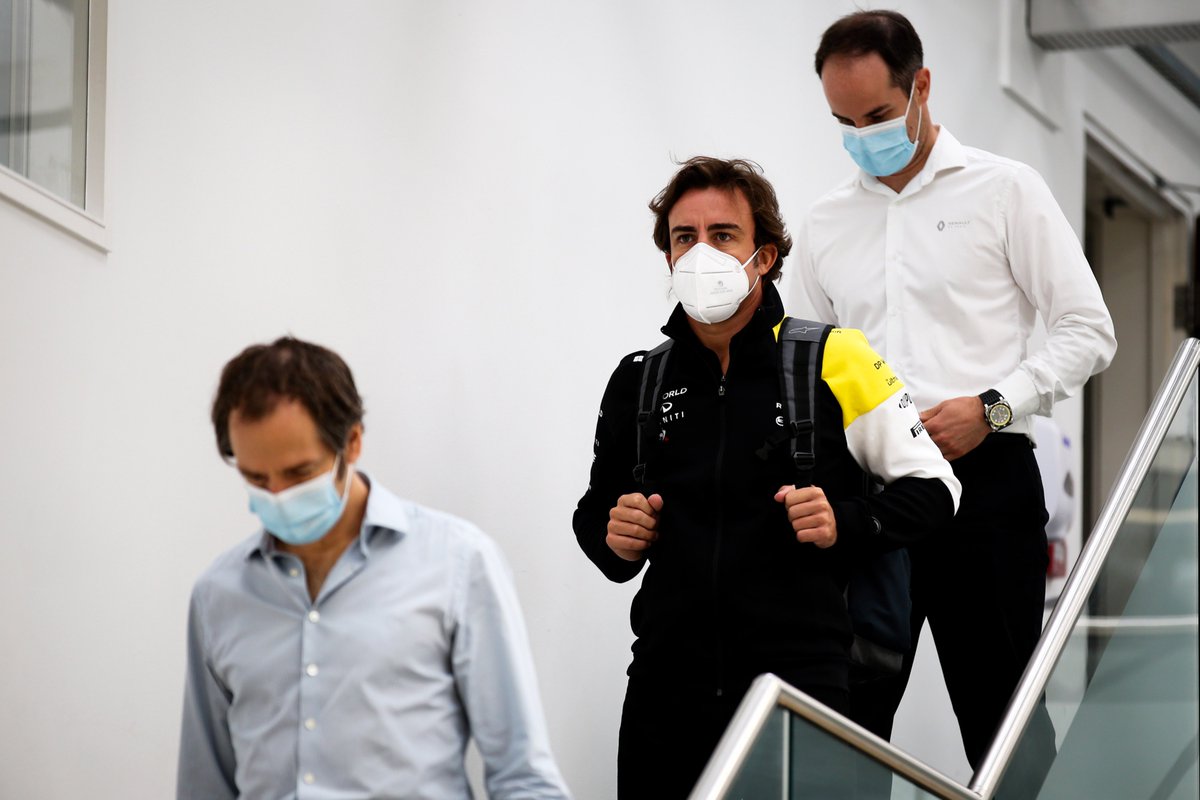 Fernando Alonso has visited Renault’s Enstone factory as preparations for his Formula 1 return ramp up.

The Spaniard will join Renault for his third stint with the operation with which he won his two world championships.

He replaces the McLaren-bound Daniel Ricciardo on a two year deal beginning next season.

As preparation for 2021 begins, Alonso visited the squad’s headquarters to meet with its engineering team.

“An incredible thrill to go back to the factory,” Alonso subsequently posted on Twitter.

“I came to Renault in 2002, when I was 21 years old, I know every corner of this place, every corridor, every door… It has been a very special day.”

Alonso worked as Renault’s test driver in 2002 after spending a season competing with Minardi in 2001.

A one-year spell with McLaren in 2007 followed before he returned for two more years with Renault in 2008 and 2009.

He spent five years at Ferrari from 2010 where he finished second in the championship on three occasions.

A move back to McLaren coincided with a downturn in the team’s performances, and he stepped away from F1 at the end of 2018.

More latterly, he’s engaged himself in passion projects such as the Dakar Rally and the pursuit of victory in the Indianapolis 500.

Suited and booted, back to Enstone to meet our engineering team!! Welcome back @alo_oficial, let’s get 2021 prep underway, shall we?#RSspirit pic.twitter.com/OXWFGYdywX