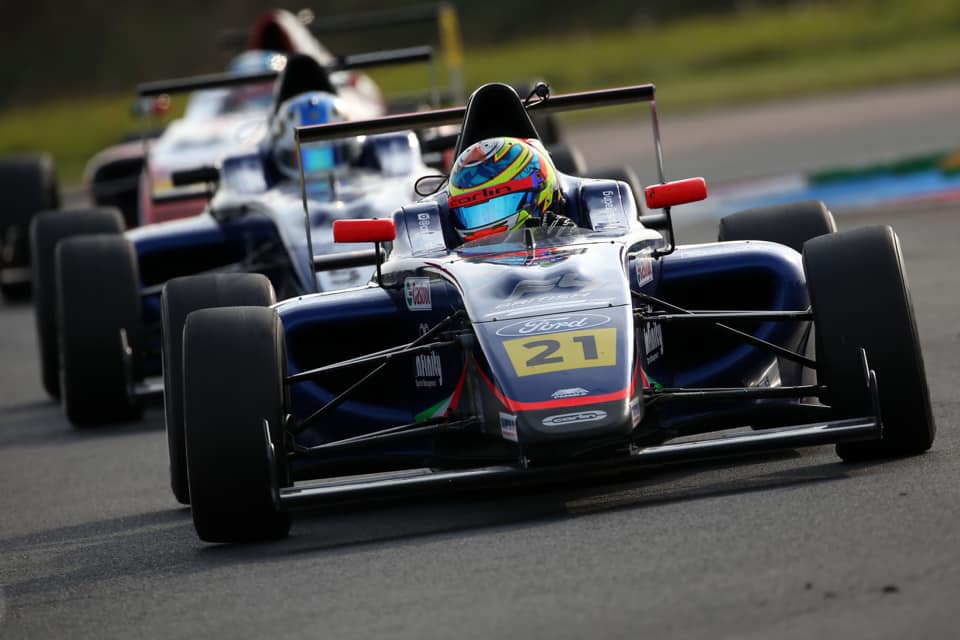 The Australian twice finished behind rival Frederick Lubin before rounding out the weekend with a class win to leave his advantage in the newcomer competition at 32 points.

Casper Stevenson was also on the podium in all three races; second in the first two encounters before falling behind Abbi Pulling’s career-best second in Race 3.

While Mansell ended the opening race in 10th, Lubin clawed back a handful of Rookie Cup points courtesy of seventh.

The Novocastrian’s points advantage took a further hit when he finished seventh to Lubin’s fourth in the partial-reverse grid Race 2.

Mansell was then caught up in a clash with Browning in the finale after the championship leader started from the rear of the grid owing to a penalty from Race 2.

He was left with slight damage to his front wing, but was able to hold down seventh place at the flag while Lubin was eighth.

Silverstone this weekend, September 26-27, hosts the next three races of the competition. 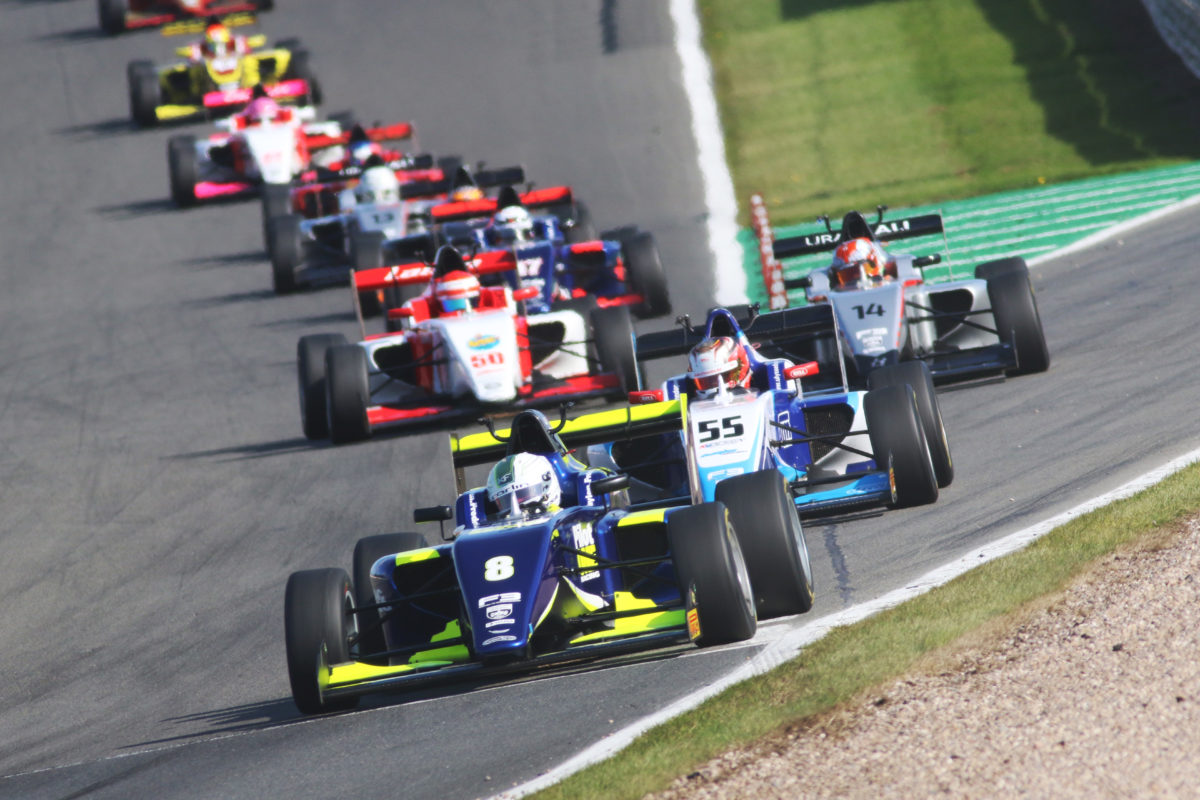 The 18-year-old recorded finishes of fourth, 13th, and seventh across the weekend to add 39 points to his championship standing.

Horsten finished 1.2s in arrears of third placed Kush Maini in the opening race after battling with the Indian for much of the opening half of the encounter.

The race was won by Kaylen Frederick with Ulysse De Pauw in second.

For Race 2 of the weekend, Louis Foster won from Josh Mason and Manaf Hijjawi as Horsten could do no better than 13th.

He then rebounded the seventh in Race 3 courtesy of a final lap move on Kiern Jewiss at Redgate to seize the spot.

Maini won the race, which was shortened by a lap when Hijjawi stopped on on the formation lap, from De Pauw and Nazim Azman.

Frederick crossed the line third on the road, but a five second post-race penalty for exceeding track limits dropped him to fourth.

The British Formula 3 Championship next heads to Snetterton for four races on October 3-4. 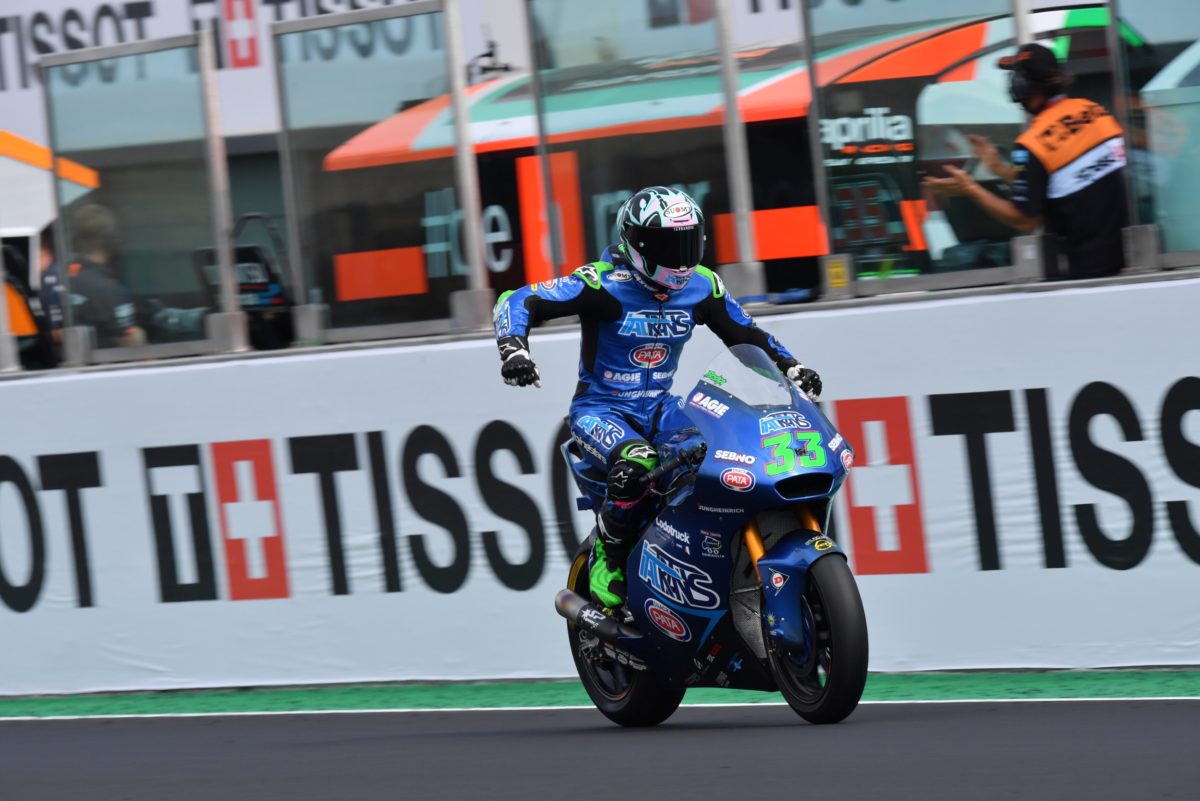 The Italian had moved into the lead just before a red flag was called due to rain, before compatriot Marini (Sky VR46 Kalex) got the jump at the restart.

Xavi Vierge (Petronas Sprinta Kalex) took over top spot when Bastianini (Italtrans Kalex) went to reclaim that place at Turn 4 and took both himself and Marini wide, but it was a brief spell in the lead.

Bastianini passed the Spaniard at Turn 11 before Lap 1 of ‘Race 2’ was done and was never headed again.

Remy Gardner (Onexox TKKR SAG Kalex) sat out the round due to injury and Jorge Martin (Red Bull KTM Ajo) was absent again due to another positive COVID-19 test.

MotoE had a double-header, the first of which went to Dominique Aegerter (Intact GP) courtesy of a final-lap pass on Matteo Ferrari (Gresini) as Australian Josh Hook (Pramac) finished eighth.

Ferrari prevailed in Race 2, moving to a four-point lead in the world cup, while Hook crashed out.

Moto2 and Moto3 are back in action this coming weekend at Catalunya.