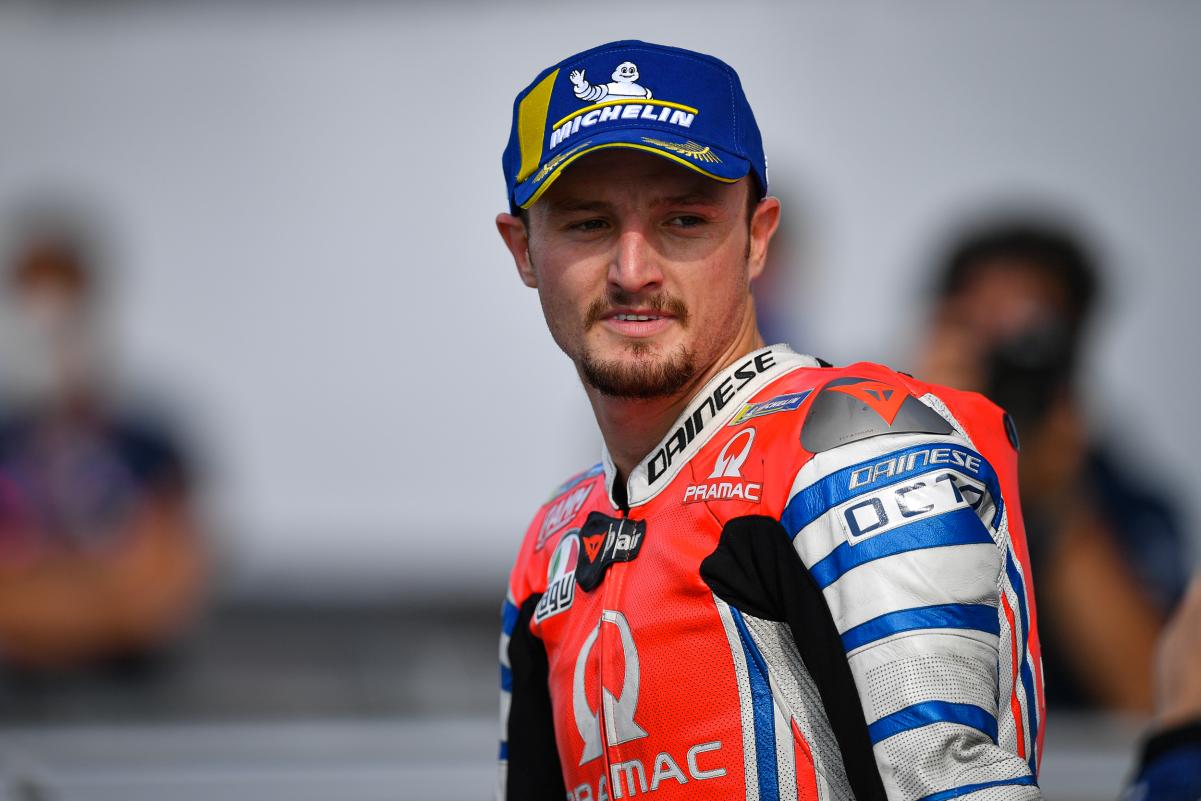 Jack Miller failed to finish the Emilia Romagna MotoGP due to a tear-off entering his Ducati’s airbox, Pramac Racing has revealed.

Miller pitted eight laps into the 27-lapper at Misano having dropped to the back end of the top 10, after leading to the fourth corner of the race.

The Australian was suspected to have suffered an engine problem, with post-race replays showing him telling his crew that he had “No power from Lap 2.”

It turns out that his Desmosedici GP20 had ingested a tear-off which fourth placed Fabio Quartararo (Petronas Yamaha SRT), who Miller was trailing at the time, had just removed.

“I’m very sad because I had started well and we could have had a good race, we had all the right conditions to make it,” said #43.

“Unfortunately, it was nobody’s fault, it was a very unlucky day because a tear-off entered the airbox.

“I’m also sorry for the team that had worked very hard and well. We will come back to Barcelona even stronger.”

The Italian was still leading by over a second when he went down at on Lap 21 at Turn 6, but he is convinced that he hit debris.

“The first thing when I crashed was I really wanted my bike to come to the box soon to see what happened, because it was too strange the crash,” said Bagnaia, who was on for his first MotoGP win.

“I was completely under control with my gap to Maverick (Viñales). I was controlling the pace and he was pushing a lot for sure, and I was going very smart to control the gap.

“The only thing I can think is this, because if it’s not something like this I’m a little bit scared for the next races because crashed like this without any advice from the lap before is (worrying).”

Miller is still within a race of the championship lead, holding sixth at 20 points behind Andrea Dovizioso (Ducati Team), while Bagnaia sits 15th after a spell out due to injury.

Catalunya plays host to the eighth round of the premier class season from this Friday.