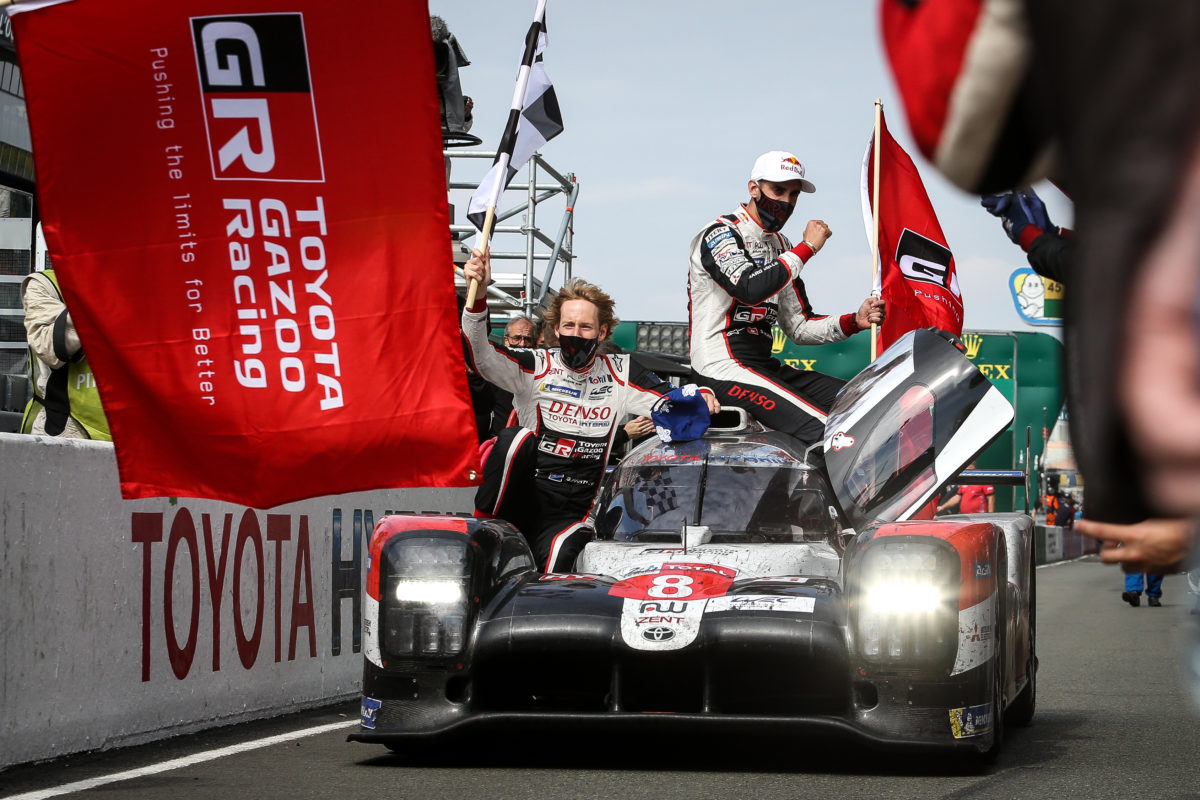 The New Zealander combined with Japan’s Kazuki Nakajima and Swiss Sebastien Buemi to lead the #8 crew to a third straight victory at the Circuit de la Sarthe.

The 2020 win seemed destined for the Hyperpole-winning #7 sister car, which led the opening half of the race. However, Kamui Kobayashi was forced into the garage for 30 minutes as Toyota’s mechanics hurriedly replaced a front-right turbo.

Earlier, the #8 had suffered an opening-hour puncture with Buemi at the wheel, before a brake change dropped the car a lap behind the #7, both sequences of events forcing Buemi to fear that “everything was lost”.

By race’s end, Nakajima crossed the line five laps ahead of the runner-up #1 Rebellion, with the #8 TS050 Hybrid seven laps off the leader.

“I’m proud of my team-mates and all the team,” said 30-year-old Hartley, who is currently in his maiden season with Toyota.

“It was a steep learning curve for me, and Sebastien and Kazuki helped me get to grips with the car.

“It feels great, but hasn’t really sunk in yet.”

Hartley, Nakajima and Buemi completed 387 laps (over 5000km) in the gruelling race, which was held in September for only the second time.

After the #8’s troublesome opening half of the race, the crew drove calmly to the win to take the lead in the drivers’ world championship at the expense of the #7.

Nakajima and Buemi, who won in 2018 and 2019 alongside Fernando Alonso, claimed their third straight wins, joining only seven previous drivers who have achieved the feat in the race’s storied 97-year history.

It marked a second win in the race for Hartley, who joined countryman Earl Bamber as repeat Le Mans winners from New Zealand.

Hartley is the fourth Kiwi to win the race after Bruce McLaren and Chris Amon (as co-drivers in 1966) and Bamber (2015 and 2017, the latter with Hartley).

“It doesn’t feel the same as previous wins, we miss the fans,” said Hartley, touching on the 2020 race being held behind closed doors due to the ongoing COVID-19 pandemic.

“But it feels great to win the 24 Hours of Le Mans for the second time, despite the mechanical issues we had.” 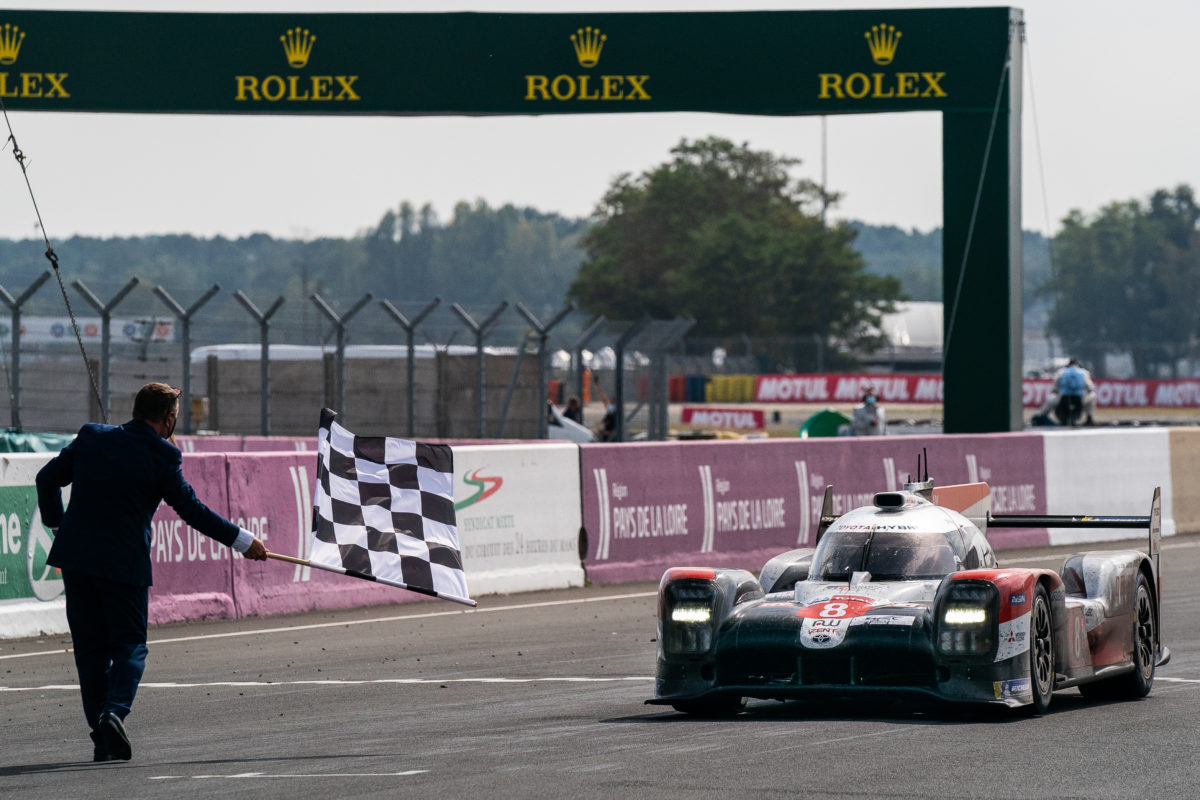 “I feel great. My team-mates and the team have done such an amazing job,” Buemi added.

“The race once again showed how quickly the luck can turn here at Le Mans. When we started the race, I had the feeling everything was against us, slow zones, punctures and a problem with the brake cooling.

“Le Mans again proved that you never know what will happen until the race is over.”

Nakajima said: “We had a race of ups and downs but everybody did a really good job, include our sister car.

“Somehow we seem to have a bit more luck than the other car. When the #7 car had the issue, it was all about winning the race for Toyota Gazoo Racing and this was quite tough.

“I am really happy to achieve it and be part of this team.”

The result, in the penultimate round of the World Endurance Championship, saw Toyota clinch the world teams’ championship after building an unassailable 57-point lead over Rebellion Racing.

The double-points race saw the #8 crew take the lead over the #7 by seven points in the drivers’ world championship fight ahead of the 14 November season finale in Bahrain.